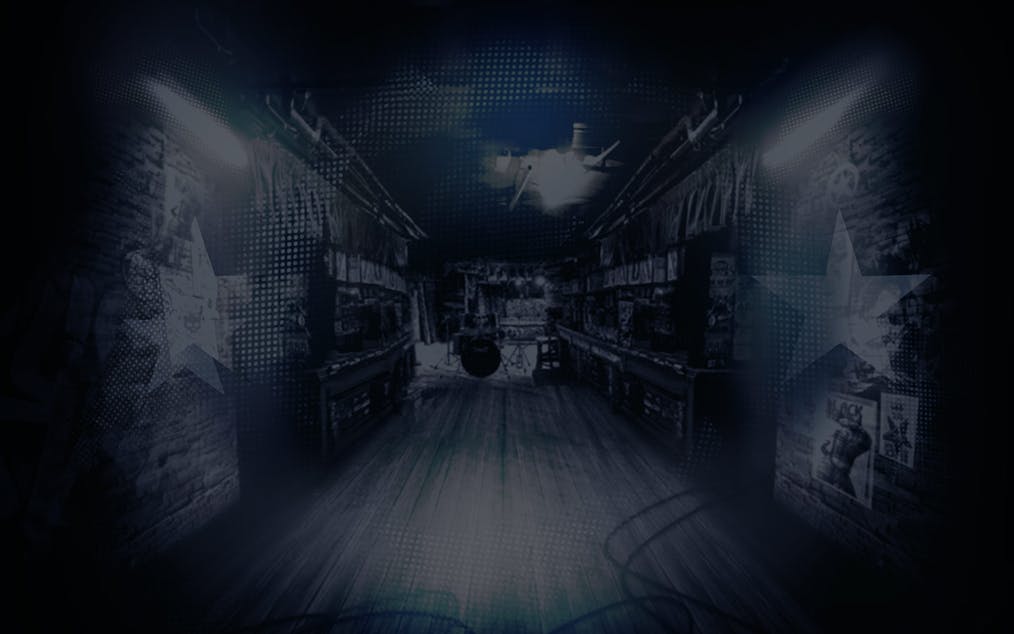 Buy your tickets now and watch the hard rock band perform their smashing hits live! Sing along to the music of casino slot Black Mamba!

Italy’s rising rock band have found their way to Play’n GO games! Martina, Alexandra, Cecilia, and Fred have come to give their best performance. Spin the reels of Black Mamba bitcoin slot at an RTP of 96.6% to have chances of landing the jackpot worth 5,000x your bet!

Rock out to the band’s music when you spin the 5 reels of casino slot Black Mamba! Get your wins when 3 or more matching symbols cluster together vertically or horizontally. Winning symbols are removed from the reels and new symbols drop down to replace them. A win multiplier increases every time a drop occurs so get your winning streaks on!

Get ready to rock when you see the low-paying symbols of Black Mamba bitcoin slot. See the band’s own instruments namely microphones, headphones, guitar picks, and drumsticks when you spin the reels.

Check below to see their corresponding payouts at maximum wager:

Meet the four members of Black Mamba as the game’s high-paying symbols! Introducing Martina for vocals, Alexandra on the guitar, Cecilia playing bass, and Fred hitting the drums.

The game features 2 Wilds. Martina serves as a 2x Wild Multiplier while the band’s symbol, a golden serpent, acts as the regular Wild. Both symbols substitutes all symbols in the game, with Martina multiplying wins by 2.

Check below to see their corresponding payouts at maximum wager:

Watch out for the members’ solo performances to randomly appear beside the reels. This feature randomly activates during the base game and free spins when there are no winning combinations. Martina’s Solo activates only in the Concert feature and on every spin during the Free Spins bonus.

Check each member’s Solo below:

This feature activates when you’ve charged the meter placed on the lower left side of the screen. Wins consisting of Alexandra, Cecilia, and Fred fills up the meter. The meter consists of 6 sections.

Once 4 sections are charged, the Concert feature is activated. The win multiplier resets unless all 6 sections of the meter are overcharged.

When there are no more wins after a drop, the members perform their Solos one by one. Alexandra, Cecilia, Fred, and Martina plays in order.

Clear the whole grid to activate the Free Spins feature and spin 8 times for free. The band member present on the screen performs their Solo when no wins are earned. Martina’s Solo activates after every spin.

The band members of casino slot Black Mamba are ready to give their exclusive performance. See them decked out in their usual stage outfits, with their respective instruments in hand. Realistic caricatures capture the likeness of Alexandra, Cecilia, Martina, and Fred. It’s like seeing them in the flesh!

Rock out to their smashing hits whenever you spin. Unlock the Free Spins feature and bang your head to the tunes of their hit single ‘Watch Me When I Fail’. Other popular tracks such as ‘Monsters’ and ‘Natural Born Disaster’ play throughout the game. You’ll find yourself unconsciously moving your head to the beat of Black Mamba bitcoin slot.

Black Mamba: And For The Encore

Casino slot Black Mamba has prepared VIP tickets just for you! Hear the band’s astounding performances when you unlock their exclusive Concert and Solo features. Increase your chances of winning with the win multiplier and Martina’s generous Solo. Bang your head to the rockin’ tunes of Black Mamba bitcoin slot and you can have the chance to bag the jackpot worth 5,000x your bet!

Hop next to the otherworldly performance of Demon! Swedish metal band Sabaton comes up next with their smoking hot show. Play’n GO takes you on a hardcore concert trip unlike any other.