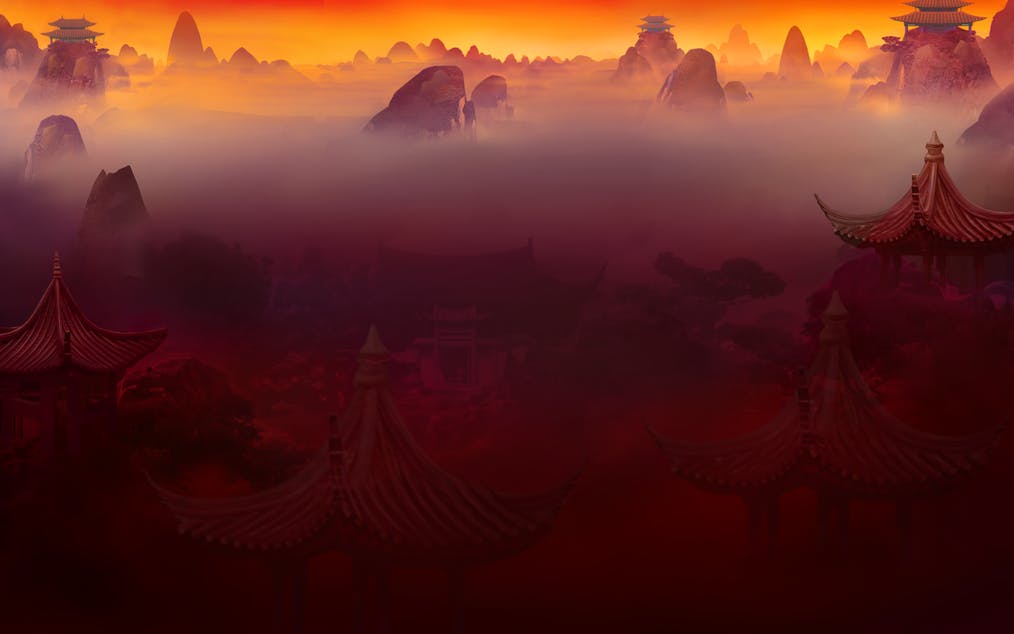 The thought of dragons intimidates a lot of people because of its mighty powers. You can just imagine how to shield yourself from the fire that comes out of its mouth. A Dragon King is even more intimidating. Kings are powerful as well, so the combination of those two would be unmatched. Dragon King slot game shows you what a dragon king can do!

This slot game takes place in beautiful ancient China. You can enjoy seeing the view of historical temples. There are plenty of golden symbols to help you go home with great rewards!

Dragon King: Ways to Get Wealthier

Dragon King is a game slot with 5 reels and 50 ways to win. You can play this on desktop and mobile for a minimum of 0.25 coins and a maximum of 500 coins per spin.

There are several symbols. The regular paying symbols are the classic high cards 9, 10, Jack (J), Queen (Q), King (K), and Ace (A). All of these give several rewards depending on the number of symbols you hit. The payouts when you bet on the maximum amount are:

The high paying symbols are gold Chinese figurines specifically bat, turtle, fish, and frog. They award several prizes depending on the number of symbols you get. The payouts when you bet on maximum are:

The wild symbol is the Dragon King. It substitutes all paying symbols except scatters. The wild also awards the highest payouts when you bet the maximum amount:

The scatter symbol is a Chinese gold coin. If you get three of it, you are paid 4 times your total bet.

Hit the scatter symbol on reels 2, 3, and 4 to activate this feature. It awards 5 free spins. Free spins are played using the same bet and number of lines you initially played on.

The scatter symbol also pays 4 times your total bet and awards 5 additional free spins. You need to land this symbol in any position on reels 2, 3, and 4 during this feature.

Dragon King allows you to gamble your winnings in hopes of doubling them. You select between a red and black card. If you choose correctly, your bet is doubled. Winnings can be gambled up to 5 times.

Dragon King: The Powerful Presence of the King

Dragon King has symbols and aesthetics loyal to Chinese culture. You can see rich and vibrant colours in shades of red and yellow. These two colours are usually found in Chinese-themed slots because they represent the country well. Their blend also makes an elegant look.

The symbols are all in gold colours. You can immediately think of great wealth and sparkling riches when you see them. The high paying symbols are a frog, fish, turtle, and bat. They are commonly used as Chinese figurines in reality.

The Dragon King himself looks mighty especially when he blows fire from his mouth. You can feel his powerful presence in the game. Overall, Dragon King has visually stunning graphics.

Dragon King is a game slot worth your time and effort. It has intense and impressive gameplay while having easy to understand mechanics. The sharp graphics make the slot’s game design pleasing to the eyes. They are as high-powered as those of Battle for Atlantis and Gold of Ra.

GameArt relives the beautiful ancient times of China for you to pamper yourself with!