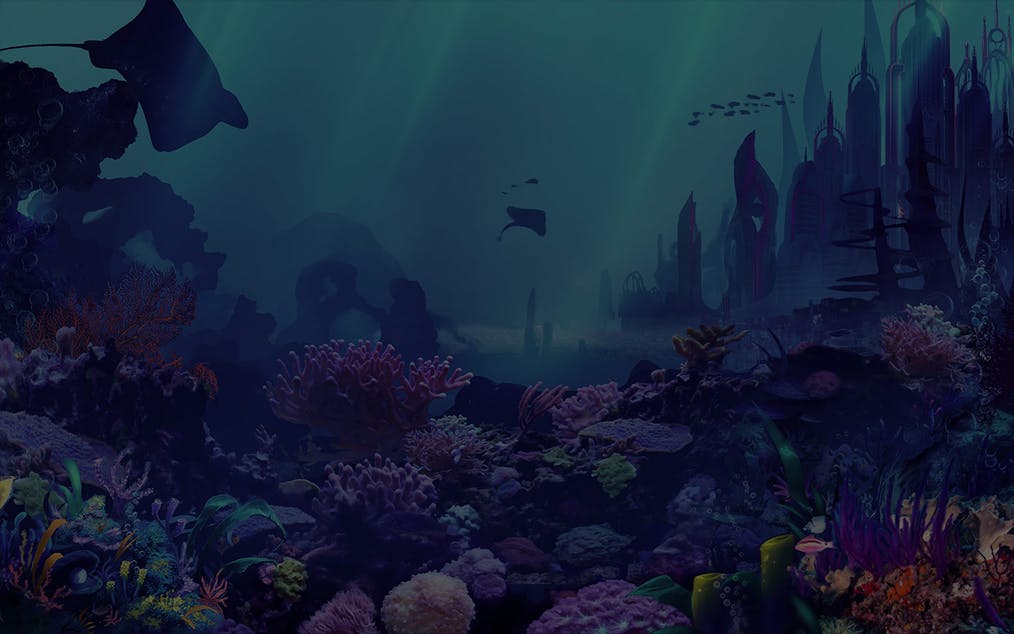 Delve deep into the underwater realm of Atlantis with the Underwater King himself. Battle for Atlantis game slot engages this character known for his fighting prowess and super strength. Witness the golden graphics of the slot through its mighty symbols.

The Red-haired Queen is also ready to show you her strong powers. Being the king’s beautiful love interest, she and her husband give the highest riches. Ready your fighting spirit and enjoy Battle for Atlantis!

Battle for Atlantis is a 5 Reel, 30 Payline slot that features the lost city of Atlantis. This is available on desktop, mobile and tablet for 0.30 coins to 300 coins per spin.

There are several symbols you can see while playing. The regular paying symbols are the high cards Q (Queen), K (King), and A (Ace), and sea creatures. All of these have different prizes. The payouts in coins on a maximum bet are as follows:

The Wild symbol is represented by a beautiful red-haired queen in a green dress. It substitutes all symbols except Scatter. It is also a paying symbol.

The Scatter symbols are green-gold, red-black, and silver-blue. They only appear on reels 2, 3 and 4. Only Scatters of the same colour trigger free spins.

A Random Overlay Wild feature can be activated during each spin. There are three different types of features:

Battle for Atlantis gives Final Chance. If the Scatter Tide feature is triggered with 2 Scatters and no additional Scatter appears, you receive a random feature. You are given either a coin win ranging from 3 to 100 times your bet or a Scatter symbol at a random position.

Battle for Atlantis is based on comics so the game design largely relies on that. The main characters are illustrated well. The Underwater King has the colours green and gold which highlighted his power in the game. The Dark Villain is made of red and black colours to elevate the dark aura of the character. The Ocean Enemy has silver and blue colours which uplift its name.

The graphics of the game has sharp quality. It is amazing to see such high definition. The music presents the theme well with its tunes that resemble royalty. Overall, the game design is spectacular and it keeps you in awe as you play the game.

Battle for Atlantis: Adventure to the Lost City

Battle for Atlantis is a great game to spend time on with its fantastic graphics and overall gameplay. There are several features so the game surely takes you for a loyal ride. The payout is remarkable and can make you want to play more.

Battle for Atlantis by Gameart surely leads you to an adventure in the famous lost city. You can even try more exciting games from the same provider such as  Monkey Pirates and  Dragon King.