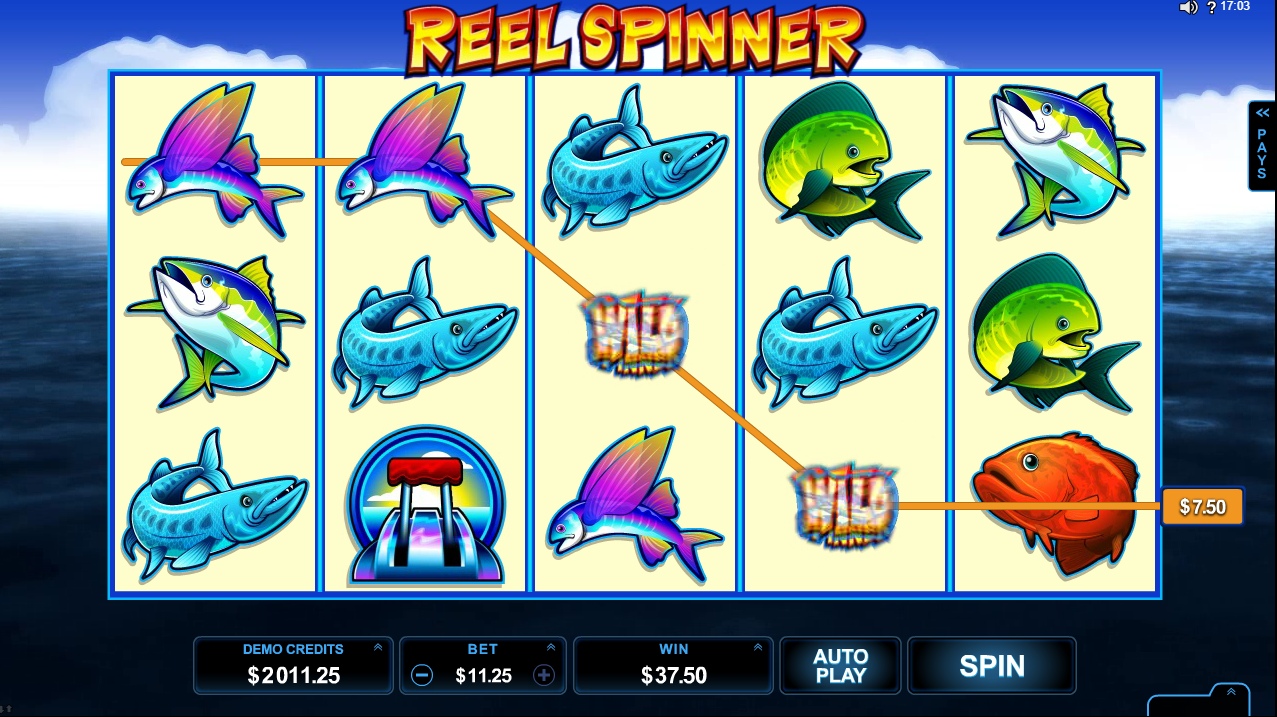 Greatly delightful graphically with its vivid-colored symbols, the ‘Reel Spinner’ slot is a perfect alternative to those dull bells-and-numbers games.

Here’s to all you fishing-themed game fans! We proudly present Microgaming-powered ‘Reel Spinner’ slot machine themed around deep sea fishing, and something tells us it will keep you entertained for hours and days! The game is accessible across a wide range of devices, including, aside from desktop machines and laptops, also smartphones and tabs, meaning you can get the most of this exciting game even when you’re away or traveling.

At your disposal here is a somewhat standard set of symbols comprising 15 paylines on the slot’s five reels, with the essential in-game bonuses available to be chosen before you actually start the gameplay. Pick one of the 6 boats to learn which free-spin amount you are given to have fun with (there can be up to 20 spins obtained), and then proceed to the predetermined multiplayer selector (up to x5 booster to be revealed).

Greatly delightful graphically with its vivid-colored fish symbols taking you to fishing trips around exotic seas, the ‘Reel Spinner’ slot is a perfect alternative to those dull bells-and-numbers machines, especially with its intriguing up to 10,000 times your initial stake winning potential on every free spin! Other reel icons include boats, compasses, and fishing reels, but what you will be most likely to look out for are the rewarding Scatter symbols with swordfish depicted on them, as every three of those landing on the reels are responsible for triggering the game’s one and only bonus feature – the Free Spins. As you play, a special Wild symbol stacking feature can be activated, and that is when you can get prepared for even more impressive wins, even despite the fact this sequence is impossible to retrigger.

Ultimate guide to cashing in your wins at Bitcasino in Africa

How to deposit crypto at Bitcasino in Africa