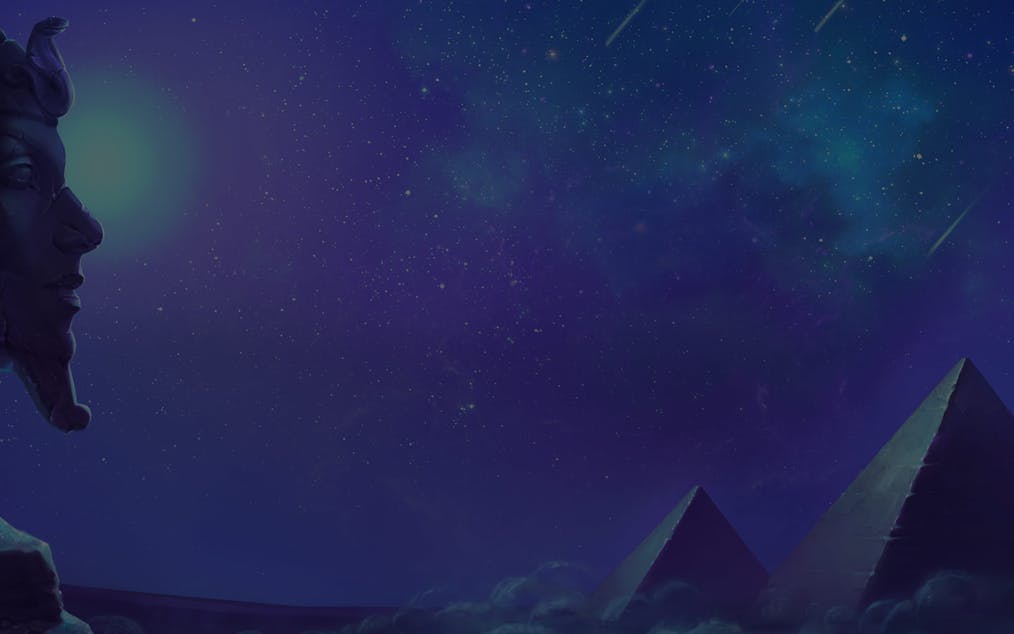 Be Enlightened by the Blaze of Ra!

By the power of Ra, you shall encounter wins upon wins! Egypt’s almighty deity has risen again not just to fight his arch-enemy, Apophis but also to reward you hefty wins. Make an offering to the Sun God and spin the reels. Hope that the creator of all things smile upon you and bless you with a prize of up to 2,000 times your stake!

Find out your fortune in the hands of the omnipotent Egyptian god. Spin some reels with an RTP of 96.40%. You can place your wagers from £0.20 to £100 for a chance to obtain up to £200,000 prize. Honour the presence of the god by logging into your desktop, tablet, or mobile phone. The formidable Ra waits for no one so play now to casino slot Blaze of Ra!

Blaze of Ra: Decoding the Hieroglyph

The Egyptian god, Ra, walks among men and has communicated with them. However, you don’t need to decrypt the complex alphabet of the hieroglyphs to know how Blaze of Ra bitcoin slot works.

This video slot game has a 5x4 grid with 40 paylines. It also includes features like Wild symbols, a Free Games Bonus feature, and a Nudging Wilds feature.

You can wager between £0.20 and £100 for a chance to win up to 2,000 times your stake. A winning combination is triggered when a specific number of the same symbol appears consecutively from leftmost to the right along a win line. Moreover, the highest win value is always the one rewarded.

The high paying symbols are displayed as Egyptian gods and icons in casino slot Blaze of Ra. These are a lotus, eye of Horus, sceptre, ankh, Anubis, Bast, and Ra. Their corresponding bet values are listed on the table below:

The Wild also substitutes all other symbols except for the Scatter which is presented as a Scarab. The Scarab symbol, if 3 or more are landed anywhere, triggers the Free Games feature.

The Sun god Ra is a benevolent deity. Present him precious scarabs and he will bless you with a Free Games feature. Land 3 or more Scarab symbols anywhere on the reels to generate this feature. Each landed Scarab unveils either 1 or 2 Free Games. The quantity of Free Games remunerated is equal to the sum of values revealed by the Scarab symbols.

To make things more entertaining throughout the Free Games, the first, third, and fifth reels are always filled with Ra symbols which are Wild symbols. Additional Free Games are rewarded if 1 or more Scarab symbols settle anyplace during the free games.

Blaze of Ra: A Visionary Perspective

Cover yourself securely because the desert winds blow sand and dust. Tread the Egyptian deserts warily and pass through great pyramids built for mighty pharaohs to lay in eternal repose. Blaze of Ra bitcoin slot is a visionary perspective wherein the anthropomorphic god himself watches over you in each spin.

Each symbol that depicts an Egyptian icon is ornately designed and makes for a fitting representation of the magnanimous gods. Even the standard symbols come in intricate carvings that mimic the hieroglyphs.

Casino slot Blaze of Ra plays a mystifying tune of the Egyptians performed with their traditional instruments like lutes and drums. This adds exoticism to the video slot game along with its features.

Blaze of Ra: A Miracle of the Gods

There can be miracles and casino slot Blaze of Ra is a testament to that. It comes with hefty wins of up to 2,000 times your stake at a 96.40% RTP. The gods bless you with good luck and fortune to come your way so play now!

Travel-worn from the Egyptian deserts? The gods can give you a break to discover more of what Push Gaming offers. Fly to Neverland and play some reels with Peter and the Lost Boys to gather all the treasure Captain Hook looted. You can also travel to the world of adults and nonstop partying because of exciting features and prizes in Turn It Up!