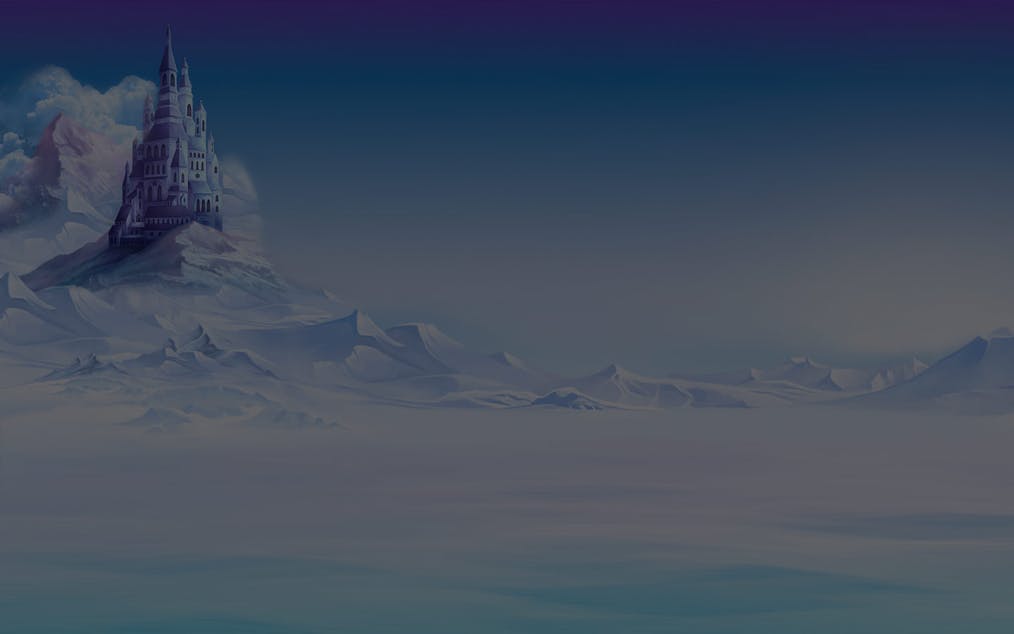 The Frozen Queen slot game has arrived. Look up to the sky and watch as the Northern Lights illuminate the screen upon her presence.

Together with her magic crystals, she’s here to show the world that winter isn’t always cold and bitter. In fact, it can be quite profitable. There may even be €115,200 buried deep beneath the snow.

If you’re ever feeling cold, just cuddle up with the lone polar bear exploring the frozen lands in the background. You’ll be feeling warm in no time. So, wrap yourself up in a nice blanket and get some hot cocoa, because winter is here.

Representing the common symbols are the standard deck symbols:

White Winter creatures are featured as the high-paying symbols within the slot game:

The frozen Magic Crystal represents the Scatter Wild. It acts for all other symbols, and getting 2 on-screen gets you 10 Free Spins.

During Free Spins, a 5th reel is formed in the centre. All 3 spaces of the reel are occupied by the portrait of the Frozen Queen who acts as a Sticky Wild throughout the duration. Changing from 4 reels with 81 ways to win, it becomes 5 reels and you have 243 ways to win.

Frozen Queen: How to Build a Snowman

The reels are represented by four thick columns of ice and the landscape is covered in a thick sheet of snow. The Frozen Queen slot game may be a bit chilly, but the Frozen Queen knows how to keep you warm with its usage of furry animals as symbols.

There is nothing around besides heavy snow, wandering polar bears, and the Frozen Queen’s magnificent castle poised elegantly atop a mountain. It’s a Winter Wonderland fit for a Queen. When you win Free Spins, listen to the mystical music and revel in the aurora borealis that shines in the night sky.

The Frozen Queen slot game by Tom Horn is an icy gem among the stones. Winter may not be everyone’s cup of tea, but just wait until you’ve danced to the gentle tunes of the Frozen Queen’s music box. You’ll be shivering for more. Although a loyal master of the frozen magic, her heart is warm and incredibly generous. Don’t be surprised if you suddenly find yourself with a beautifully-wrapped present tied with a bow. Inside it, €115,200.

Head straight into the Hot Blizzard for a chance of winning even more rewards. You might even find a priceless 243 Crystal Fruits hidden deep in the storm.