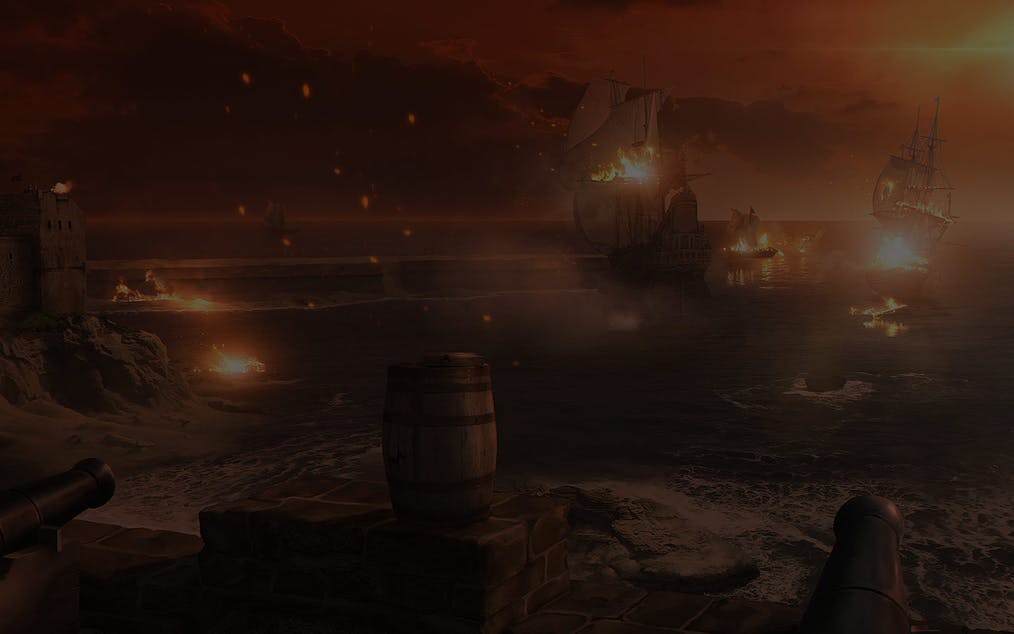 Experience the Crusades in Valletta Megaways

Carry the cross, fight against the Ottomans, and sound the trumpets. Get a chance to win big in Blueprint’s own Valletta Megaways!

It’s 1565 and the Ottomans have landed on the shores of Valletta. The skies are bleak but the Knights Hospitaller are ready to fight despite their dwindled numbers. Find yourself thrown in the throes of battle! Draw your weapons and you can win big here in Valletta Megaways! Get mega chances of winning with RTP of 94.45% and a jackpot of 100,000!

This 6-reel game launches you immediately in front of the fire. Each reel can have 2 to 5 symbols, allowing a maximum of 156,625 ways of winning. Upon seeing the symbols of the slots game, you can almost hear the thumping and clacking of steel against steel as they are hammered and moulded. The regular symbols look fresh out of the forge in their steel design.

Check their values in the table below:

The special symbols all relate to medieval warfare and the crusades. There is the Lion Rampant flag, a map of Valletta, a shield emblazoned with the Hospitaller cross, and a knight’s sword.

Their corresponding values can be seen below:

A fully-armoured Knight serves as the Wild. This substitutes all symbols except the Bonus symbol, that is represented by a Cannon. Three or more cannons trigger the Free Spins feature.

There is a lot going on in this unique slots game. The base game randomly triggers any of the three modifiers:

Another feature this slots game has is Free Spins that is triggered with 3 or more Bonus symbols appearing on the reels. The number of symbols determine the number of free spins you get.

You can buy this feature for 100x your stake, guaranteeing an automatic Valletta Free Spins event. Valletta Streak can activate here as well.

Sound the Trumpets and Raise Your Flags

Upon opening the game, you’ll immediately find yourself in the throes of battle. Set in 1565, experience the Siege of Malta in this historical-themed slots game! Fight against the Ottoman Empire as part of the Order of St. John. Feel the tension as cannons fire and flames engulf the shores and ships. Thick black smoke envelops the bleeding sky as the sun attempts to break through the darkness. The Knights Hospitaller flag stands proud and unperturbed amidst the chaos on the port walls.

Brass and metal surround the reel grid and the special symbols. Blood red carpet serves as the background of the reels. Flames surround reels during spins and cannons fire every time three or more cannon symbols are present.

The symbols stay loyal to the battle theme. For the Wild symbol, the game has a Knight in full armour in a firelit background. Other special symbols include the Lion Rampant flag or Scotlands’ unofficial flag, a knight’s sword and shield with the Hospitaller cross on it, and the map of Valletta. The regular symbols remind of forging and blacksmithing with the symbols having made out of steel.

The animation looks simple and antiquated. One could say that it befits the theme. You can see the ironically calm waves arrive at the shore, only to pull back again. The drifting black smoke captivates you from the upper left side of the screen. The dark orange hues paint a battle desperate to be won.

In the background, you’ll hear a dramatic musical score that resonates with your spirit. Gunshots fire with every winning combination in the Valletta Streak feature. Knights scream with every winning streak as flaming arrows shoot down on the symbols.

Put Out All the Stops

Valletta Megaways slots game gives a stimulating experience set in a historical medieval siege. Plus, the thousand ways of winning help pump you up to continue spinning those reels and getting more coins. Stay loyal to that spin button and you just might get more than what you expect!

Experience Blueprint’s Megaways slots for wide and varied chances of winning! Discover the deep blue sea in Fishin’ Frenzy Megaways or traverse the ancient prehistoric land in Primal Megaways. Whichever you choose, you still get more than a hundred ways of winning!