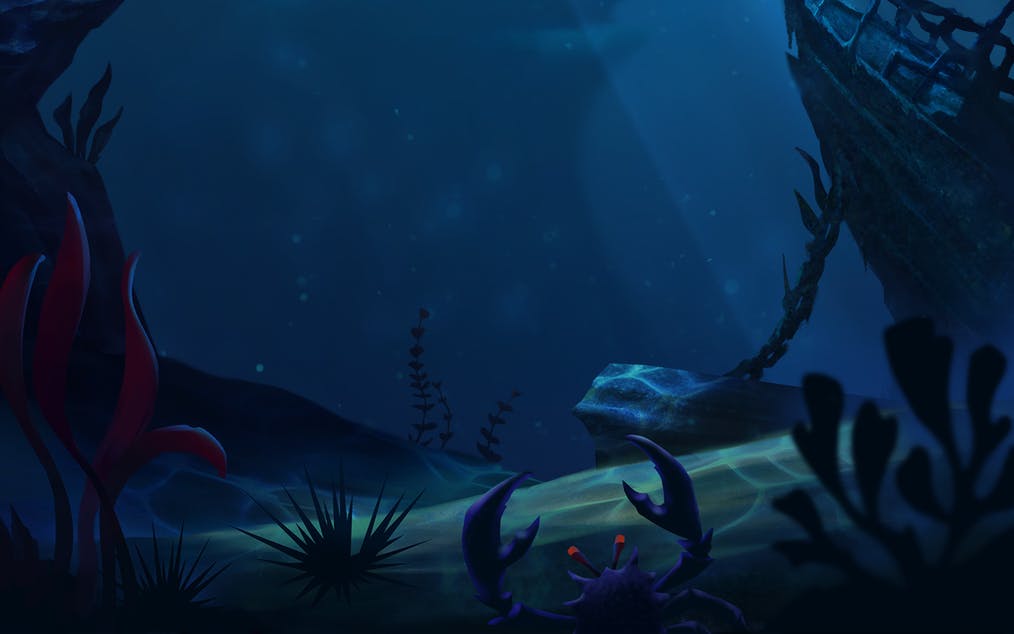 If you are looking for treasured games that have a long-lasting impression of fun and excitement under the sea, then look no further because Razor Shark slot game is here. Let yourself be bitten by its powerful jaws and drag you to its awesome gameplay. Prepare to have a blast and explore deep waters to unravel long lost treasures. Play Razor Shark now but beware of the sharks that lurk deep within.

Razor Shark is a 5 reel 20 payline game that features the legendary creatures that lurk in the deep—sharks. You can play it on desktop, tablet and mobile for €.10 up to €20 per spin. All payouts mentioned are based on max bets.

There are 11 symbols available in this game. The regular symbols consist of an Oxygen Tank, Scuba Fins, Swimming Goggles, and Broken Camera. Each has its own winning combinations and payouts.

There are also high paying symbols that consist of 4 types of sharks: the Long-Nosed Shark, Whale Shark, Hammerhead Shark, and Sandbar Shark. Each has its own winning combinations and payouts.

Treasured Features of the Deep

When the Nudge & Reveal feature is activated, the Mystery Stacks can reveal either paying symbols or the Gold Razor Shark symbol.

The Beautiful and Vibrant Seabed

Razor Shark looks fantastic due to its bright and colourful artwork. The symbols are fun to look at because of its top-quality designs. Its blue underwater backdrop with two coral reefs on each side of the reels is visually appealing. Its music is composed quite well due to its fun and catchy tune. Lastly, its gameplay is addicting due to its various features that can lead you to huge prizes.

A Game You Can Sink Your Teeth In

You will definitely enjoy Razor Shark’s awesome gameplay and bonuses that will make you play nonstop. Its overall design is exquisite along with its fast and solid game performance. Most importantly, the game boasts awesome features that can give you the chance to multiply your bet up to 50,000x! So what are you waiting for? Play Razor Shark now and sink your teeth into it!

If you are having a Mega Moolah time under the sea, then Microgaming has more fun and exciting slots that await you! Have a Fish Party with the High Society of fish at the underwater Playboy mansion.