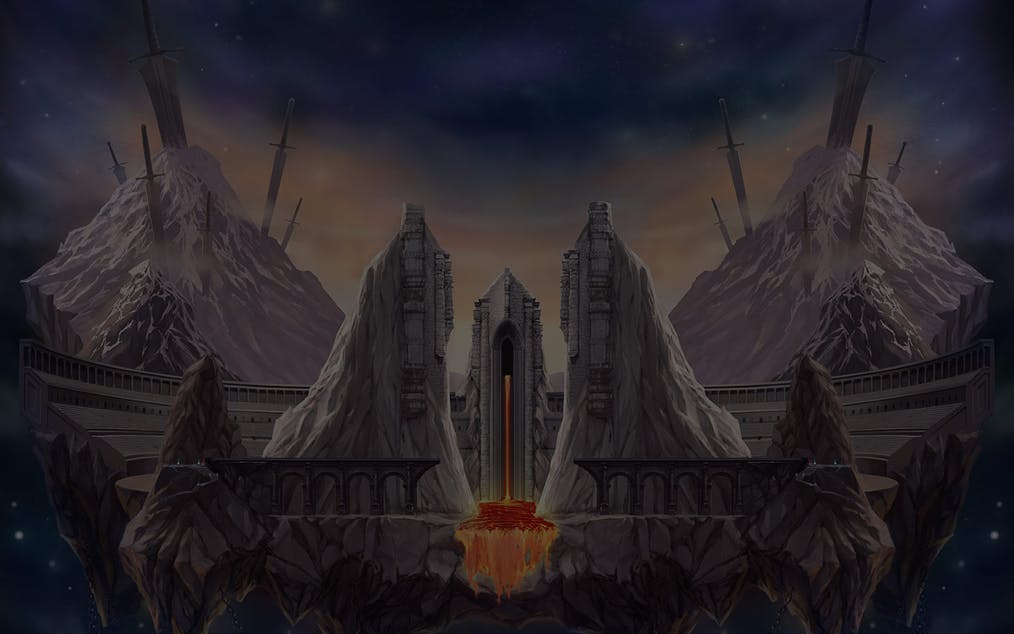 Divine Showdown: A Battle of Wits and Strength

Who knew such a cross-cultural gathering of the gods is possible? Well, it is with Play’n GO’s Divine Showdown bitcoin slot! Gods and goddesses from different cultures in history arrive here face to face and see who will rise victorious.

See the Chinese Monkey King Wukong, Egyptian God of Death Anubis, Greek Goddess of War and Wisdom Athena, and Nordic God of Thunder and Lightning Thor as they battle with each other in order to find out who’s the best of the best.

Be an avid audience to the battle of this aeon with casino slot Divine Showdown for a chance to win 5,000x your bet! Rewrite history with this highly entertaining and interactive video slot that can take you through Nirvana, Duat, Mount Olympus and Asgard all in one go.

Divine Showdown: A Beguiling Act of Gods and Goddesses

Divine Showdown bitcoin slot is a 5-reel, 20-payline game with an RTP of 96.51%. It features Multipliers, Free Spins and Power Spins that allow you to experience what godly powers feel like as it flows through your veins.

Emanate an aura that is incomparable to anything you’ve ever felt before, especially during the Power Spins Feature! This will only be possible when you spin the reels in Divine Showdown.

You’ll find high card values along with different gods and goddesses from various mythologies as symbols inside casino slot Divine Showdown. Each symbol has a corresponding payout depending on the combination you’ll land.

A 10, Jack (J), Queen (Q), King (K) and Ace (A) serves as the low-paying symbols. These symbols appear as if they were melded from different metals, similar to ones used for swords. Getting a winning symbol combination of these high card values can give you the following payouts on maximum bet:

In Divine Showdown bitcoin slot, gods and goddesses from Chinese, Egyptian, Greek and Nordic mythologies are present and represent high-paying symbols. Although they are all renowned gods from each of their cultures, this showdown will answer the question nobody ever dares ask—who is the strongest god alive?

Getting a winning symbol combination of Wukong the Monkey King, Anubis the God of Death, Athena the Goddess of Wisdom and War, as well as Thor the God of Lightning and Thunder can give you the following payouts on maximum bet:

The Scatter symbol triggers the Free Spins Feature when it appears on the reels in three or more instances. It is represented by a Sigil containing different symbols related to the gods.

The Wild symbol, on the other hand, can substitute all symbols except Scatter. It is represented by a mighty sword that can expand to cover an entire reel. Getting a combination of Wild symbols can give you the following payouts on maximum bet:

Which of the gods will favour you with a special feature during the Power Spin? The Power Spins Feature is randomly triggered on any spin in the base game. Once it’s in play, any of the gods’ Powers can be activated:

The mightiest gods battle it out in Free Spins until you have no lives left. Who will be your champion? The god with the most Power Symbols wins the battle. You can trigger this feature by landing three or more Scatter symbols in the base game.

Afterwards, you’ll choose a god for battle. You begin the round with three lives, each life equivalent to one Free Spin.

A Multiplier between 2x and 10x can be applied to any spin in the base and bonus games, including Power Spins. Through this feature, you can get divinely extravagant payouts without having to do anything at all!

Prepare for a clash of divine proportions as you dive in headfirst into the world of Divine Showdown bitcoin slot! In this land, the only thing that stands in your way as you strive to rise on top is yourself. You and you alone can prove the extent of your potential, especially in the presence of intercultural gods and goddesses.

You’ll find yourself in an Olympic-sized stadium located in the rocky mountains, where burning lava flows like a river at dead centre and the only living being is you. That’s because the gods and goddesses surrounding you are immortal beings warming up for battle.

On your stone reels, you’ll find that the high card value symbols have all been forged from gold and silver metals. Attached to them are different items that can be associated to the respected gods.

Speaking of the gods, they are each designed intricately down to the littlest details such as their facial wrinkles and strands of hair. Play’n GO makes sure that they are all represented in the best and most accurate way possible, free from the stereotypical features that are associated with them.

Casino slot Divine Showdown is a mythological masterpiece packaged in excellent visuals and incredible gameplay. The stunning graphics and animations are combined with ominous music with occasional sounds of clashing swords.

This game is truly beyond the realm of man, so much so that it transcends what the mortal mind can comprehend. Spin the godly reels now for a chance to experience power like no other!

Divine Showdown: Riches in the Lap of Mythological Gods

After numerous battles held over aeons in Divine Showdown bitcoin slot, it’s possible that you still won’t arrive at an answer as to who is the strongest god. That’s because they each excel in different fields and therefore have different strengths. Pitting gods against gods is ultimately pointless, but it sure is fun to watch.

Each and every one of these gods and goddesses can invoke their power from unique sources. Wukong draws power from his strong belief in Buddhism, Anubis draws his from the dead, Athena draws hers from being an Olympian and her intelligence, while Thor draws his electric powers from the forces of nature. Witness what results in this casino slot Divine Showdown for a chance to win 5,000x your bet!

A Myth is something that has no scientific basis and yet is believed by civilizations since time immemorial. Some of the greatest myths ever to be passed down from generation to generation is the Ankh of Anubis from the Egyptians and the Rise of Olympus from the Greeks.