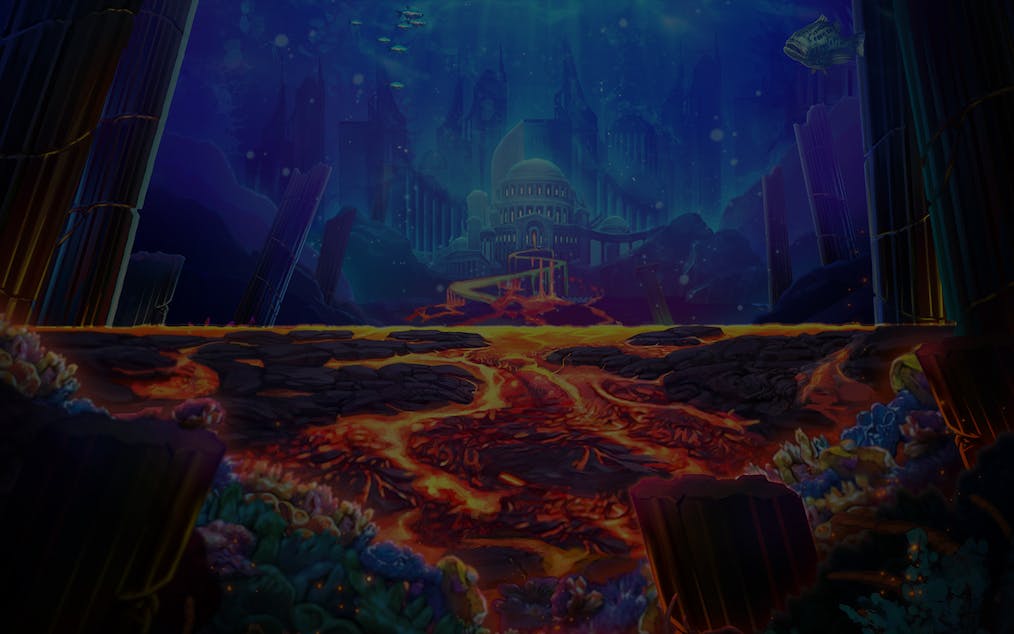 Feast your eyes on the Ancient Fortunes Poseidon Megaways!

The king of the seven seas is inviting people to visit his kingdom and pay respects. Those who impress him will be rewarded with the massive jackpot prize of €100,000! However, this is no easy feat because you need to dive deep into the abyssal realm of the seas where volcanic craters lay and dangerous animals lurk.

There are a lot of symbols relevant to Poseidon that you will find on the reels. Each symbol has varying payouts, and landing more sets will mean higher rewards for you! Try out the casino slot Ancient Fortunes Poseidon Megaways by placing a minimum bet of €0.10 to a maximum amount of €20!

The low-paying symbols of this game are the friendly sea creatures you will see in Poseidon’s realm. Landing a shell, crab, dolphin, ox, horse and octopus will reward you with the following payout values at maximum wager:

The riches of Poseidon serve as the high-paying symbols of this game. These include emeralds, sapphires, rubies and the crest of the sea god himself.

The Wild symbol appears as the head of Poseidon’s trident and it substitutes anything on the reels except for Scatter. Moreover, the Wild only appears on the extra reel.

Letters of GOLD serve as the Scatter symbol of this game and landing four on the reels give you 12 Free Spins.

This is an addition to the base game and you can find it on top of reels 2, 3, 4 and 5. It adds 4 extra symbols on the reels which will help you gain additional payouts.

The main feature of Ancient Fortunes Poseidon Megaways is its Ways. All of them begin at the leftmost of the reel and pay left to right. Moreover, only adjacent symbols are counted as a winning combination. With 6 reels and the extra reel, you can have up to 7 symbols and make a lot of possibilities from the 117,649 ways to win!

Another feature of Ancient Fortunes Poseidon Megaways is the rolling reels. Whenever you create a winning combination, this rolls out of the reels and makes way for new symbols. With this kind of feature, you have more chances to create winning combinations and have multiple wins. Above all, the Rolling Reels feature is available on both base and free spins games.

During the base and free spins game, the treasure chest will collect every Wild symbol that appears on the reels. Collecting more of these increases the chances of triggering the Jackpot Pick Game.

To claim a jackpot, you need to have 3 matching tokens. When that happens, you will receive the corresponding jackpot prize, which ends the bonus feature.

When you open the game, Poseidon greets you with his booming voice and recognizes your intentions. In every winning spin you do, the sea god is pleased with the payouts that you get. As for the reels, all symbols are etched on ancient sea blocks that explode when you create winning combinations.

Additionally, you will find the fiery hot lava that shows you are at the deepest part of the ocean. As part of its immersion, the string and drums create thundering background music.

The ocean is one of the mysteries in the world that you have yet to discover. Start by spinning the reels of Ancient Fortunes Poseidon Megaways and have a chance to win the Sister of Oz Jackpots of €100,000. Once you conquer the seas, it is time to reach for the sky and collect the Ancient Fortunes: Zeus.