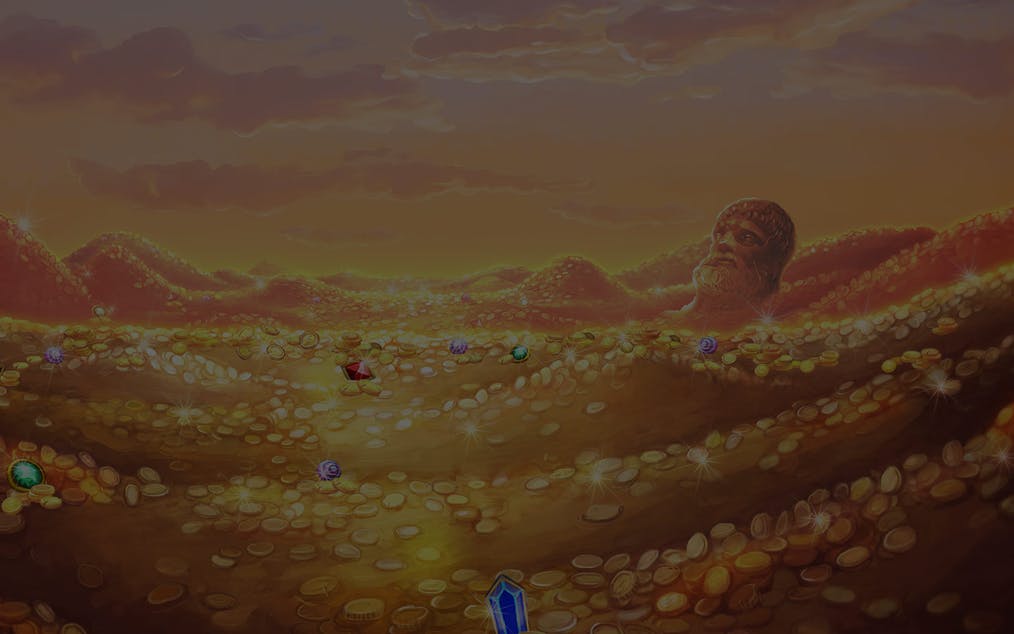 All Hail the King of Ancient Fortunes: Zeus!

Your prayers to the gods have finally been heard as you ascend atop their glorious mountain in Ancient Fortunes: Zeus bitcoin slot! Walk on clouds as you marvel at the sight of gods living about their days as if they’re mere humans.

Get the chance to see lightning strikes from Zeus himself and swim in gold as you win 1,399.3x your bet in casino slot Ancient Fortunes: Zeus!

Casino slot Ancient Fortunes: Zeus is a 5-reel, 10-payline game with an RTP rate of 96.02%. It features 2-Way-Pays, Rolling Reels and a Multiplier Trail that increases your chances of taking home big wins. Microgaming goes all out with this video slot game. Prepare to be amazed as you walk through crowds of gods and creatures straight out of myths.

Ancient Fortunes: Zeus bitcoin slot has Olympian gods and mythical creatures as symbols inside the reels. The symbols each have their own payout based on various combinations that land on the reels.

Capture the following mythological creatures to get these payouts on maximum bet:

Hermes, Dionysus, Poseidon and Ares are all directly related to Zeus. The god of the Sea is his brother, and the other three are his sons from different women. Seeing them on your reels can give you these payouts on maximum bet:

The Wild symbol which can substitute all symbols in winning combinations is represented by none other than the king of all gods himself, Zeus. You’ll only see him on reels 2, 3 and 4 in Ancient Fortunes: Zeus bitcoin slot.

The Free Spins can be activated both ways on the reels and you have the opportunity to get more Free Spins during the feature.

Each time you land a win, you can trigger the Rolling Reels feature. When it’s active, it removes the winning symbols after they pay out to open up spaces for new symbols. This process repeats itself until there are no more possible combinations and you’ll have to begin another spin.

The Rolling Reels feature increases your chances of winning big without having to spend more on actual spins.

When the Multiplier Trail feature is active, the win multiplier rises by 1x with each spin. You can receive higher win multipliers during the Free Spins. You’ll have the opportunity to receive the following multipliers both in the base and bonus game:

Feast your eyes on the Olympian wealth lying before you as you ascend the steps onto the mountain hidden from mortals. In this video slot game, Zeus is not the only god featured in the gameplay. You’ll also see his brother Poseidon and his sons Hermes, Dionysus and Ares representing symbols in Ancient Fortunes: Zeus bitcoin slot.

When Zeus appears on the reels, his eyes glow with power. You’ll hear lightning crackling and thunder brewing in the distance. Along with it is subtly intense music that begins playing as soon as you hit the spin button.

Casino slot Ancient Fortunes: Zeus uses rolling reels instead of the usual spins. The earth-toned symbols fall into place with a thud and cloud of dust, break after paying out, and are replaced with new symbols.

Harness power like never before as you take your place beside the god of all gods in casino slot Ancient Fortunes: Zeus! In that feat, get the chance to pile up your riches with 1,399.3x your bet as you spin the reels with the gods.

Ride the Golden Tides of the Gold Coast and become King CashaLot with Microgaming!