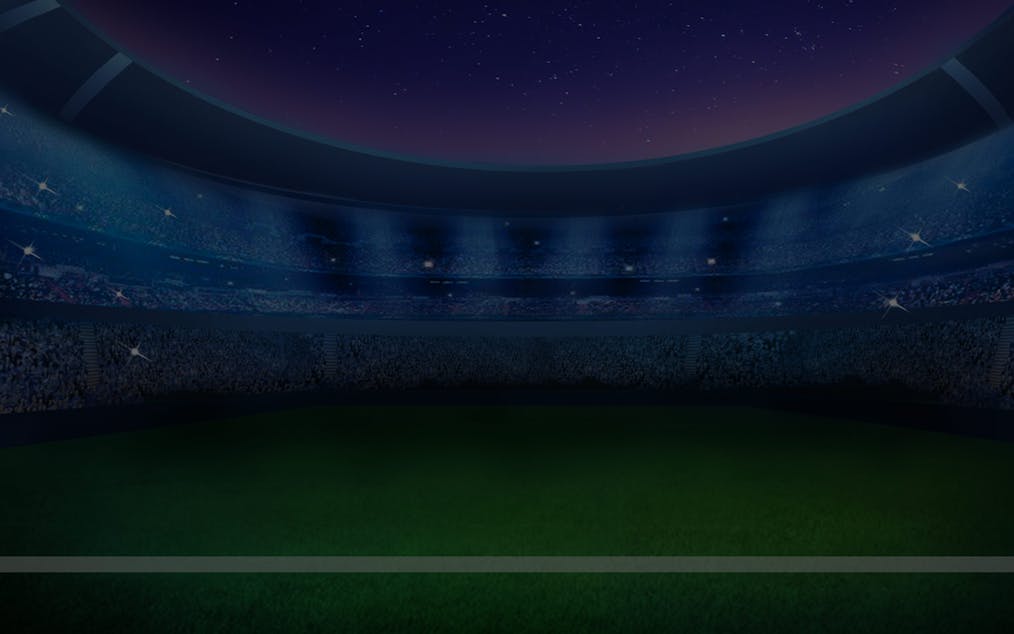 Cheer with the Crowd at Football Pro

The day you’ve all been waiting for is here, and it’s driving your reels crazy!

Hear a pandemonium of screams as the crowd cheers for their teams in casino slot Football Pro. Enter the stadium and let your heart be filled with excitement as you root for your team. Who will score, who will win? Spin the reels at 95.70% slot game RTP and find out.

Bellowing fans and spectators gather around as you all witness game day straight from your reels. Football Pro bitcoin slot is a 5-reel slot game with 243 paylines. Get a chance to score the staggering €1,350,000 jackpot when you bet as low as €0.50 up to €2,500. Spin the reels at 95.70% slot game RTP and see who gets the first goal!

Play casino slot Football Pro across different devices such as mobile phones, laptops, and desktops to get the full gaming experience at your own convenience.

Before every Football game, you need to know the basics. In casino slot Football Pro, the low symbols are a trophy, football shirt, and referee kit. Get these in symbol combinations and you can score the following payouts at maximum bet:

Now that you know the basics, let’s get into some of the intermediate stuff. Football is a game where you can’t hold the ball, otherwise, you’ll get a penalty! In order to play a fair and exciting game, you’re going to have to know what’s allowed.

Know more about the sport as elements like football cleats, a header technique, and a red card serve as the middle symbols of casino slot Football Pro. Get them in symbol combinations to win the following payouts at maximum bet:

You think you’re ready to watch the game? Don’t forget to identify the different techniques you can make in this game. In Football pro bitcoin slot, a goalkeeper save, regular kick, and bicycle kick serve as the high symbols. Let the reels show you how it’s done by having them in symbol combinations across your reels! Get them in sets to win the following payouts at maximum bet:

During the game, there can be wild appearances in your reels. In Football Pro bitcoin slot, the Wild uses the Football Pro logo and substitutes all symbols except Scatters. It appears in all reels, but it stacks on reels 3, 4, and 5.

The Scatter, on the other hand, is a Football that says ‘SCATTER’ and pays in any position. Get it in sets of three or more to win up to 250 Free Spins.

The suspense intensifies here at Football Pro bitcoin slot when you activate its special features such as the Wild Event and Free Spins mode. During the base game, the Football Pro Logo Wilds randomly stack up two wild reels among reels 2, 3, and 4, guaranteeing a win.

When you get three or more Football Scatters, the Free Spins mode activates. Getting 3, 4, or 5 Scatters rewards you 5, 50, or 250 Free Spins, respectively. During this mode, you can be rewarded up to 10 consecutive wins with its progressive multiplier.

Football Pro: The Goal is a Football Frenzy

Live through a game day like never before as casino slot Football Pro delivers the action in the form of a slot game. The cosmopolitan stadium is just a few clicks away as the reels offer you prime seats to the main event. Football Pro’s game design presents the right mix of elements such as animations, graphics, and music to deliver a gaming experience that’s so good, you’d be kicking for more.

Football Pro opens with the roar of the crowds as they see their football superstars on the reels. The animations of this game are simple and kept only in the reels. The symbols come to life when they form a winning payline, indicating that you scored a goal.

The frenzy of colours in the stadium fuels your excitement as gradients of blue and purple blend with shades of green, pink, red and yellow. The goalposts serve as the reels that hold your symbols, providing you with a realistic feel of the football game.

What makes Football Pro a compelling slot game is the background music. Drumbeats partnered with guitar chops play a hymn of grit and determination when you spin the reels. The crowd throws in tumultuous cheers among a sea of ambient chatters. Fireworks erupt when you score a super win.

Find Out Whose Team Wins at Football Pro

The goal to win is ever stronger when you play Football Pro bitcoin slot. Get the thrills of an awe-inspiring gaming experience when you spin the reels at 95.70% slot game RTP and get a chance to win a roaring jackpot of €1,350,000. Football Pro also rewards its loyal players with bigger chances of winning, so keep playing and you can be closer to scoring the goal.

Pass the Torch of Fire onto another sport as Caleta continues to be one of the best gaming providers that develop games suited to your tastes. Let Caleta transport you to another sporting arena with Basketball Pro and Football Pro - Watford.