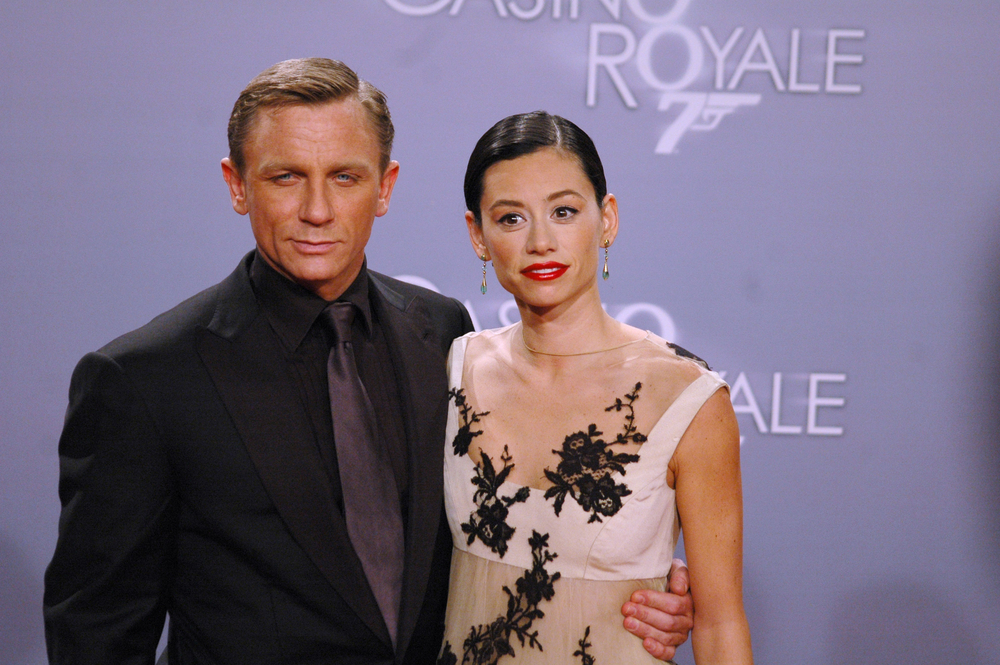 As you might expect, here at Bitcasino, we love gambling. But every so often, we like to sit back on the couch, put our feet up, and relax with a good movie. With plenty of edge-of-your seat action, suave characters, and big money, Las Vegas and casino games have long been a favourite of filmmakers. But what are the best gambling movies in history? We’ve chosen our top five. Feel free to disagree with our choices!

If our list makes you want to get in on the action, Bitcasino.io is the place for you. We have everything you could want, and as a bitcoin site, you can rest assured we’re a safe and secure place to play. So, join today and start enjoying the action, just like in the movies. In the meantime, here’s our list of the top five best gambling movies. Enjoy! (Beware, minor spoilers ahead). 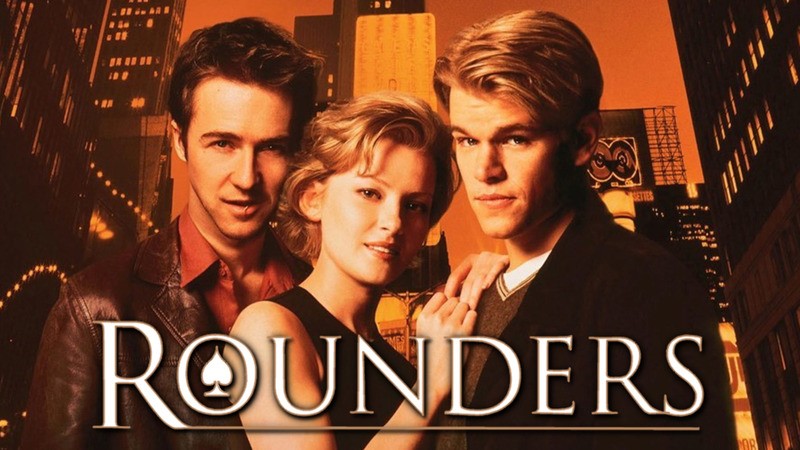 We start out with a movie that takes us into the heart of the poker world. Matt Damon plays a law school student, who happens to be an awesome poker player. His life gets turned upside down when an old friend, played by Edward Norton, gets out of prison and into some big trouble. Damon must harness his poker playing talents to get his old buddy off the hook. In the process, he rekindles his love for the poker table.

Why this made our list is simply because it takes us on a whistle-stop tour of the late 1990s poker scene, from dark alleys in New York City, to Atlantic City and, of course, Las Vegas. If you love your poker, this is a must-see. Damon is good, Norton is better, and the jury may still be out on John Malkovich as underworld figure Teddy KGB.

Casino Royale was the first outing for Daniel Craig as James Bond, and it’s one of the best Bond films ever. Casino Royale is a stunning movie that rebooted and re-energised the Bond franchise. Casino Royale took everything that was great about Bond and brought it right up-to-date, with some incredible set-pieces, loads of action, beautiful Bond girls, and a plot that zips along at breakneck speed.

The whole thing revolves around the character Le Chifre, played brilliantly by Mads Mikkelsen, banker to the world’s bad guys. With Bond already having cost him dear and desperate to pay back his very dangerous clients the money he’d lost, Le Chiffre plans to raise cash in a high stakes poker game in Monte Carlo, which is why it’s here on our list of the best gambling movies in history! There’s a 4-minute sequence at the poker table where Bond and Le Chiffre play an adrenaline-charged set of hands through to the incredible showdown between the two, in an all-or-nothing game. 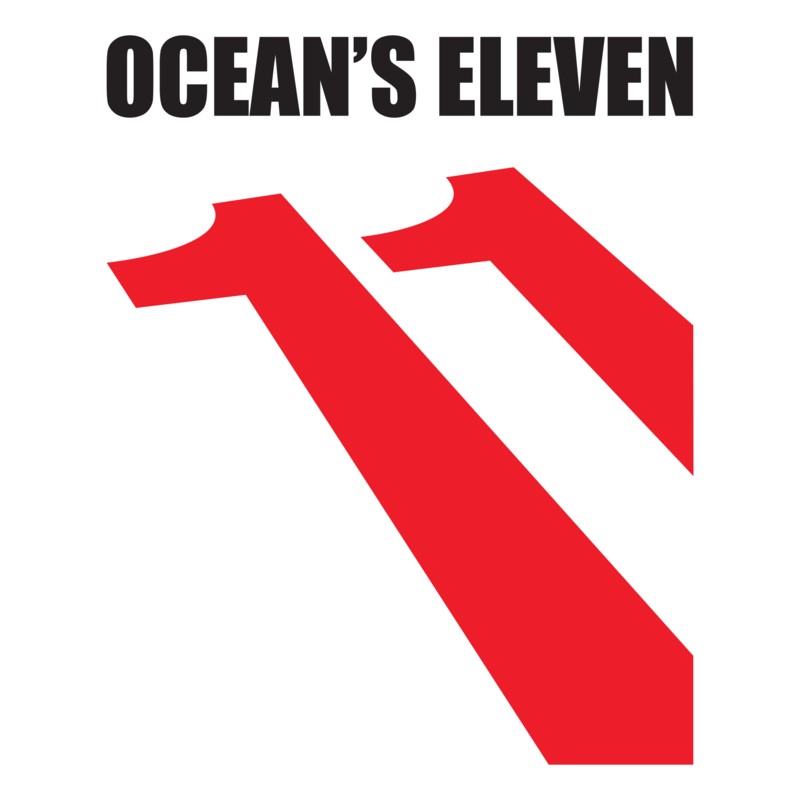 Aclassic Vegas heist movie and number three on our list of the best gambling movies, Ocean’s Eleven is an adrenaline-fuelled thrill all the way through. First Frank Sinatra, then George Clooney play Danny Ocean, just out of prison and looking for revenge on the casino owner who got him locked up. We’ll leave it up to you to decide which Ocean’s Eleven you prefer.

The 1960s version with Frank Sinatra and the Rat Pack stealing not just the money, but the show, is a real fun thriller, with pure old time Vegas class and a set of stars who just look so impossibly cool. The 2001 remake with George Clooney, Brad Pitt, Julia Roberts, Matt Damon (again), Elliott Gould and so many more big stars could have been truly awful, but they nailed it again, capturing all the thrills and fun of the original but adding a modern twist.

Not just one of the best gambling movies in history, but one of the best movies, period. This Martin Scorsese-directed film is an absolutely epic story about the connection between the mob and Las Vegas. Inspired by real events and people, Casino features amazing performances from the leads.

Robert De Niro plays a bookie forced by his mob bosses to take over the fictitious Tangiers casino in Vegas, where he tries and ultimately fails to keep the corruption to a minimum. Joe Pesci is on fire as a chillingly-psychotic mob enforcer with a hair-trigger temper, and Sharon Stone puts in a standout role as the hustler who wins De Niro’s heart and becomes his wife. Be warned, this is not one for the faint-hearted. 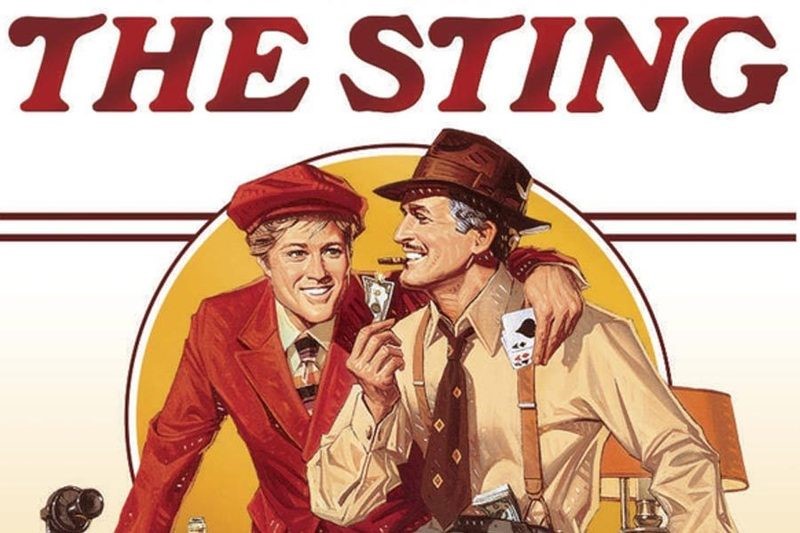 Very simply, The Sting is the number one in our list of the best gambling movies because it’s a spectacularly fun caper movie, with gambling right at the heart of it. There’s two absolutely perfect performances from Paul Newman and Robert Redford playing grifters and con men seeking revenge on Robert Shaw’s perfectly over-the-top villain with a weakness for gambling.

But what makes The Sting so darned great is that it’s a wonderfully playful movie that takes right into the heart of Newman and Redford’s set-up. Set in the 1930s, this is a great looking film, with super-realistic gambling and con sequences. The plot takes us through high-stakes poker games and a brilliantly-designed con in a fake horse-racing sportsbook. Add in an irresistible soundtrack of ragtime tunes from Scott Joplin and this is simply the best gambling movie.

So, there you have it. Our pick of the five of the best gambling movies in history. What do you think? Agree with us? Disagree? Did we miss off your favourite? Where was The Gambler? What about The Cincinnati Kid? No place for The Hustler or The Color of Money? What about The Grifters? We’re sure you have plenty more you’d like to see featured in our next list.

Once you’ve had your fill of watching these great gambling films, why not join us and play for real? Sign up today at Bitcasino.io to get your hands a mega first deposit bonus.

On the rise: Women in esports

Top 5 career opportunities in esports other than gaming

What are the benefits of Bitcoin esports betting?

Does the reverse martingale strategy work?