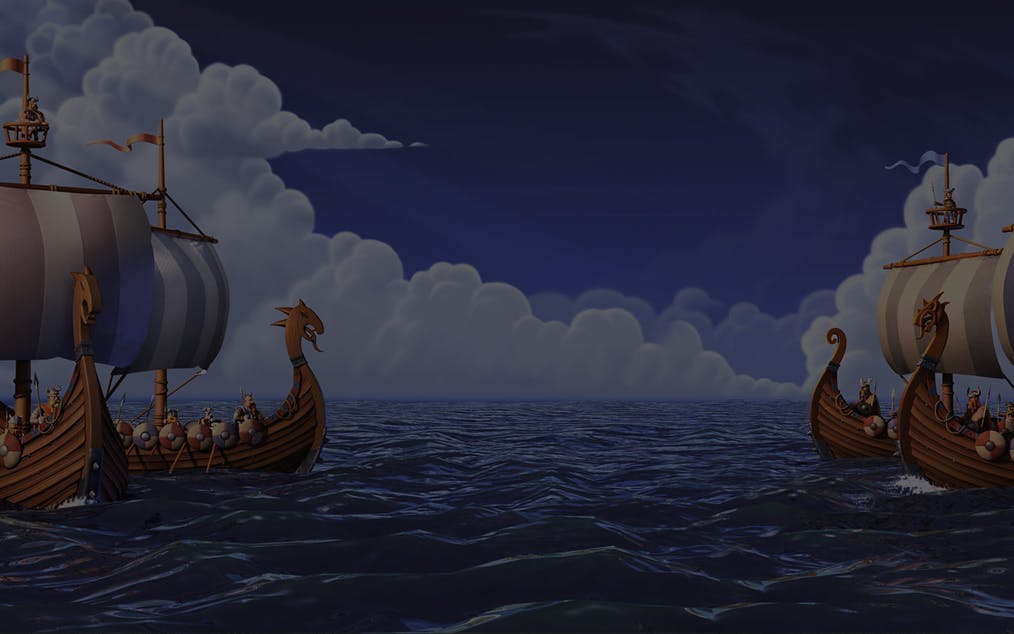 Head over to your next destination in casino slot Viking Voyage to discover more riches. Help navigate your crew through the rigorous seas and lead these Vikings to victory!

The Vikings have a plan to search for the treasure of 1,000x the total bet hidden across the sea. Viking Voyage bitcoin slot recruits players back to the crew with an RTP of 95.85% for higher chances of discovering the treasure. Climb aboard the Viking ship to enjoy the vast riches they’ll discover as they cruise through the waters.

Viking Voyage: All Aboard!

Deposit the minimum wager of 0.10 coins for an easygoing voyage or take the high seas by wagering a maximum of 10 coins. Man the steering wheel to direct the path through the 3x5-reel format to uncover the riches of Viking Voyage bitcoin slot. Uncover the riches found in the 10 fixed paylines with the Viking crew.

Bring out playing cards for the low paying symbols of Viking Voyage bitcoin slot. Deal out the 10, Jack (J), Queen (Q), King (K), and Ace (A) cards for combination wins. Payout values for these symbols are set by the maximum wager:

Grab an axe, helmet, or grail because these items serve as the standard symbols in casino slot Viking Voyage. Pay the maximum wager to attain great payouts from the symbols’ values below:

The Vikings each have different coloured borders to differentiate them by—green, purple, and red. These Vikings show their strength through their high paying symbol role. These payout values of each coloured Viking are based on the maximum wager:

The Raven Swoops In for the Scatter

Find the raven landing anywhere on the reels because it creates Scatter wins from its Scatter symbol role. It replaces any symbol except for the Scatter symbol. Place the maximum wager to get the following payout values:

The Wild symbol is represented by a border embellished in gold with the Viking Warrior King at its centre. This symbol works with any symbol, including the Raven Scatter symbol, in a combination win. Stack up 3 Wild symbols on any of the reels, the Warrior King Full Reel feature activates and gives a Free Respin.

Spin Around on the Viking Ship

Viking Voyage: The Hidden Riches of the Sea

Viking Voyage bitcoin slot takes you on a voyage through the calm seas accompanied by two Viking ships by your side. The Vikings bang their drums and perform songs with stringed instruments to commemorate the beginning of your slots journey. With its 3D graphics, it delivers a picturesque experience for you to further enjoy the video slot.

Everything about the casino slot Viking Voyage is highly detailed in their design from the symbols to the background. All the symbols have a unique trait to make both basic and high paying symbols special in their own way.

Seek out the 1,000x the total bet treasure as you sail to your next destination. In casino slot Viking Voyage, there are various ways to entertain yourself during this adventure. Let the Raven Scatter and Wild Viking Warrior King increase your strength on the reels. Cruise through the Betsoft Sea of video slots to discover more treasures along the Barbary Coast and arrive At the Copa to uncover the riches in its sand.