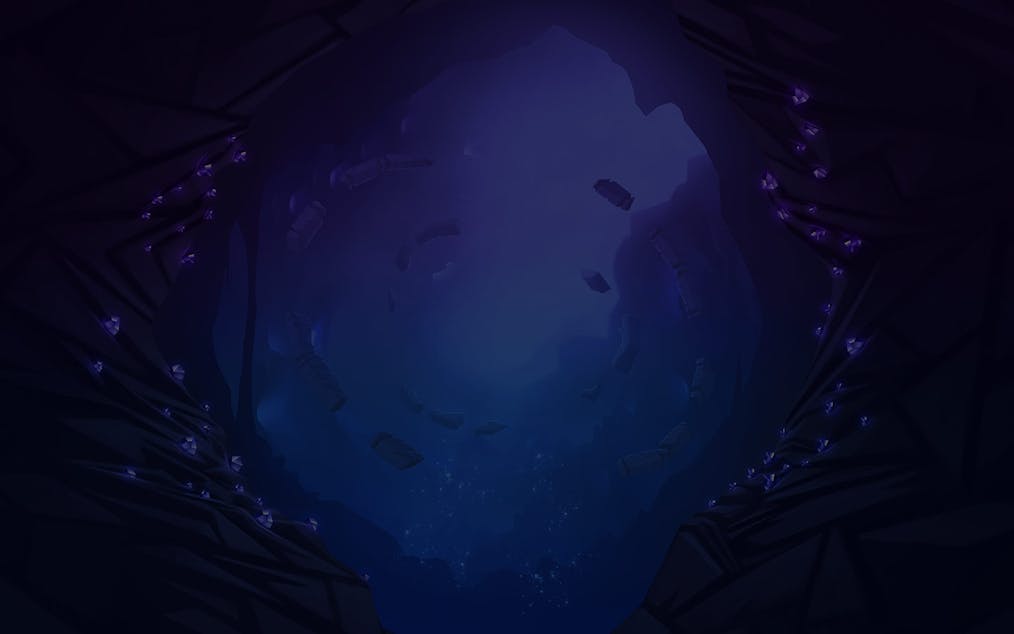 Go down the tunnel and dig up precious gems and big payouts with your mining tools in the form of fantastic bonuses in Red Tiger’s Gemtastic bitcoin slot.

Unearth a payout more precious than any gemstone with the help of free spins, transforming wild symbols, expanding symbols and multipliers. Dig your way to a jackpot of 9,000 coins in casino slot Gemtastic.

Upon entering the tunnel of casino slot Gemtastic, you will encounter different gemstones that will grant you payouts. The standard symbols are represented by common gems in the tunnel. You will see standard symbols depicted by colourful gems such as the teal opal, the blue sapphire, violet amethyst, red-orange garnet and the yellow topaz.

Having sets from standard symbols with the maximum bet will reward you with the following payouts:

Forming the high-paying sets with the highest wager will grant you the following rewards:

Hitting the wild symbol set with the highest bet will reward you with the payout below:

Digging for beautiful gems and precious payouts requires proper tools, luckily, casino slot Gemtastic has no qualms providing you with some in the form of spectacular bonuses. First of these tools is the Magic Glow feature. The feature can be activated randomly every spin. Upon activation, a random gem will glow and disperse, turning itself and nearby gems into wild symbols. The Magic Glow feature will then give you a re-spin to maximize the wild symbols.

The last tool in Gemtastic bitcoin slot is the Lava Multiplier that can boost your winnings by up to 15 times. You can activate this multiplier by having consecutive wins.

Having consecutive wins will reward you with the multipliers below:

Gemtastic: Down The Tunnel

Gemtastic bitcoin slot takes you down a tunnel of treasures only lit by beautiful glowing rocks. This already stunning background is contrasted by the bright shine of the gem symbols that will definitely mesmerize you.

The slot stays loyal to its gem tunnel background by featuring sounds of tunnel wind echoes and shifting rocks reminiscent of real-life mining tunnels. This is interrupted by a fun electronic music score that congratulates you every win making every payout more satisfying.

Marrying a flashy gem aesthetic with a variety of fantastic bonuses, Red Tiger’s Gemtastic bitcoin slot is a true gem. While going underground may be dark and scary, Gemtastic’s combination of bright visuals, expanding symbols and multipliers will send all these fears away.

Looking for more underground riches? Search the Treasure Mine for the rare Emerald Diamond and big payouts.