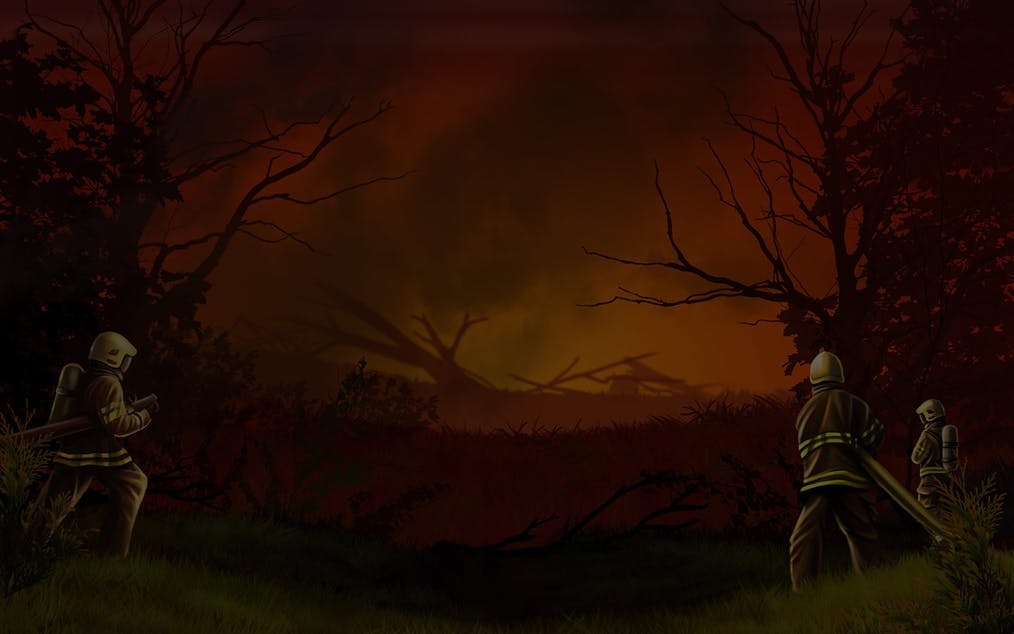 Hurry and call the fire department because scorching hot rewards await you through the blazing hot grid of Wazdan’s Burning Reels bitcoin slot. Brave the head and you can receive up to 1,250x your stake. The reels of casino slot Burning Reels spin at an RTP of 96.63% to bring you considerable amounts of rewards. Commence spinning the reels of this slot game to grab ahold of the scorching hot rewards!

Hurry before the fire engulfs the entire area! Spin the 5 reels of Wazdan’s casino slot Burning Reels that showcase 20 paylines. Gain access to the reels from your desktop, mobile or tablet to begin spinning. Place a wager from 0.20 coins to 20 coins per spin to start the operations.

Low paying symbols are presented as the axe, badge, hydrant, hose and extinguisher which can give the following payouts:

The various top-paying symbols in Burning Reels bitcoin slot are represented by the hard hat, firetruck and chopper which can give the following payouts:

You can find a Fireman as a Wild while a Firewoman is utilized as the Scatter. Wilds can substitute all paying symbols to complete combinations. It can give you up to 500 credits when they land in a combination. Scatters can bestow you with free spins that come along with 2x multipliers whenever 3 Firewomen land on the reels.

Receive a Spectrum of amazing rewards from Wazdan’s casino slot Burning Reels. Put on your hard hats and protective suits because Super Hot prizes are coming your way! With a fireman and firewoman at your side, you can extinguish flames and ignite flaming prizes for the keeping. Continue spinning the reels of Wazdan’s Burning Reels bitcoin slot so you won’t miss out on the flaming fun!