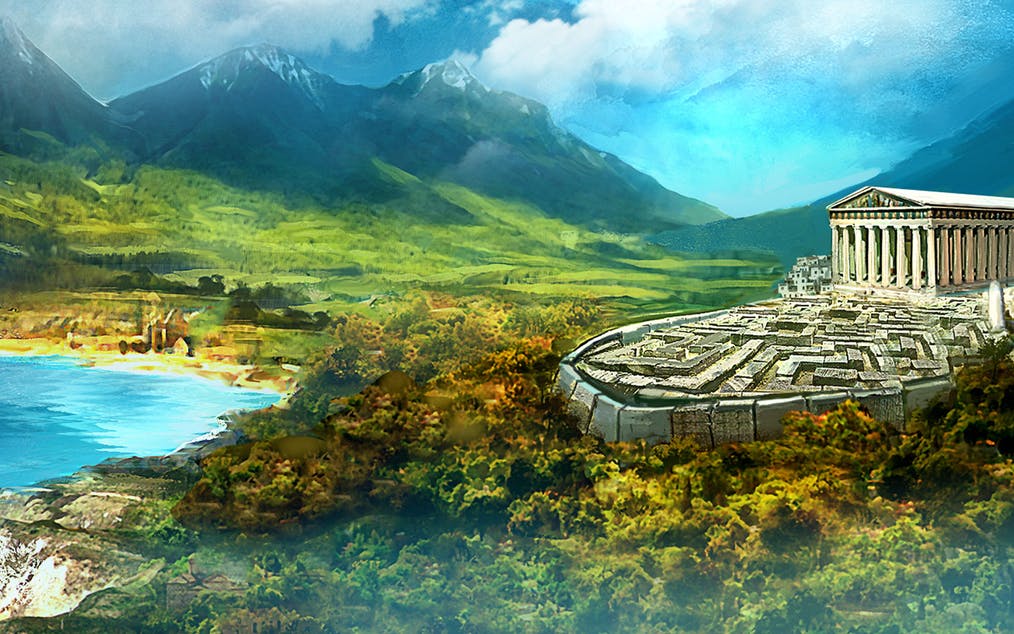 Bow to The Mighty King

Once in the kingdom of Crete, the Queen Pasiphae gave birth to a half-bull creature called Minotaur. In order to trap the bloodthirsty monster, the Cretian King Minos ordered a labyrinth to be constructed, trapping the beast forever until Theseus came to slay it. Recall the ancient Greek myth with ferocious beasts and dauntless men when you play casino slot The Mighty King.

Get the chance to win as much as 5,000 credits when you unlock the special Free Spins feature. Play today at an RTP of 96% and defeat the lurking beast!

The Mighty King: Honour and loyalty

Step inside the world of ancient myths when you play the casino slot The Mighty King! To score instant prizes, land at least 3 matching symbols on any of the game’s 30 paylines. Don’t forget to set your bet from 0.30 credits to the maximum of 150 credits before travelling to Crete and spinning the reels!

Card suit symbols carved from precious stones make up the low-paying symbols of the game. Find 9, 10, Jack (J), Queen (Q), King (K) and Ace (A) as they decorate the reels in every spin.

Learn all about the story of the Minotaur when you see the high-paying symbols of The Mighty King bitcoin slot. Let King Minos and Queen Pasiphae greet you in every spin while Icarus’ wings and Theseus’ spool of thread grant huge payouts in every winning combination.

The Mighty Minotaur acts as the game’s Wild symbol. It substitutes all symbols except the Scatter. The Wild appears stacked on the reels and grants the following payouts for every 3 or more appearances anywhere on the reels:

The Greek Temple is the Scatter symbol of The Mighty King bitcoin slot. It appears on reels 2, 3 and 4. Land 3 Scatters on its respective reels to activate the Free Spins feature and receive a reward of up to 300 credits.

Land 3 Scatters on its respective reels to activate the game’s special feature and receive 10 free spins. During this feature, the Wild symbol appears more frequently to increase your chances of scoring more wins. Trigger additional free spins when you land 3 Scatters on reels 2, 3 and 4.

Upon opening the game, you’ll immediately be transported to the ancient city of Crete where pantheons stand. See the wide labyrinth, take in the lush mountains and gaze at the crystal Mediterranian sea. On the reels, you’ll find the Grecian royalty come alive with magnificent caricatures. With spectacular graphics and high-quality animation, Gamomat takes you to the land of myths and legends for an adventure you will never forget.

Experience the glorious mythic days when you play the casino slot The Mighty King! Jump inside the Book of Ages to continue the adventure and arrive at majestic lands such as the Gates of Persia.