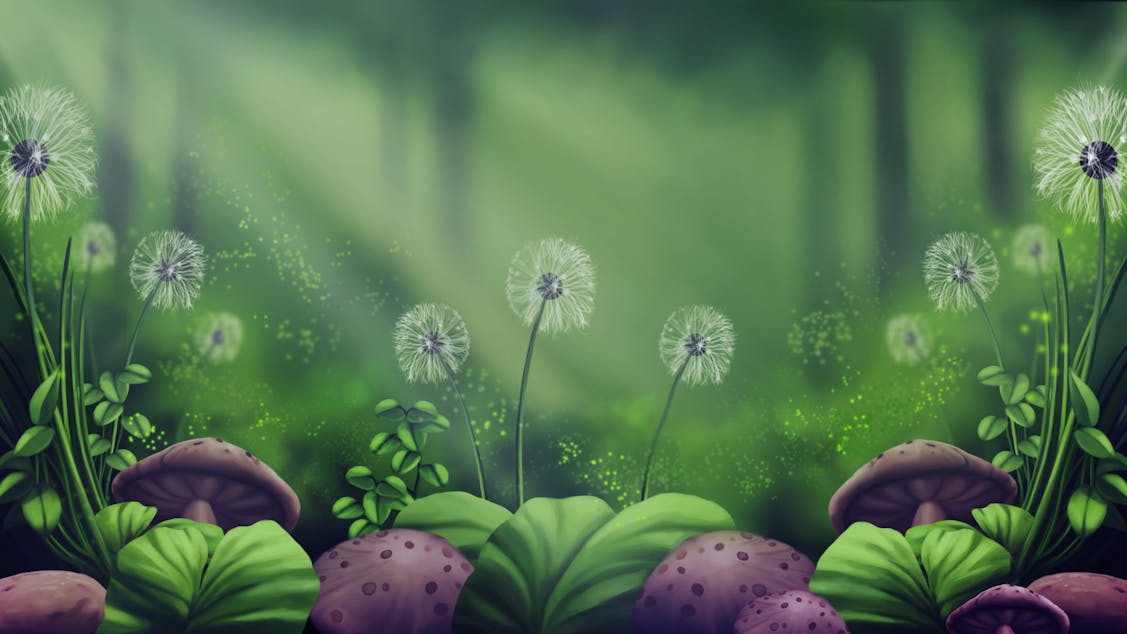 Venture into the Magic Forest of Luck and Fortune

‘Are you lost, little one?’ Hanna the fairy asks you in the midst of your cries. You nod and she smiles, extending a hand. Come along and let’s play, she says. She promises to take you home afterwards with riches of up to 5,625 coins in casino slot Magic Forest.

However, before you run along and play with the woodland creatures, Hanna casts an RTP of 98.75% to guide you as you spin the reels. Venture into the Magic Forest bitcoin slot using your preferred devices such as your desktops, tablets, or mobile phones.

The grasslands are full of dandelions that will make your wishes come true when you blow on them. They will whisper your wish to Hanna who will cast a spell with her magic wand. Behold, casino slot Magic Forest appears with 5 reels that feature 40 paylines.

Place a wager for as little as $2 or if you’re brave enough to venture deeper into the woods, bet as high as $450 to spin the reels. You can land on low and high paying symbols that can score you massive coin payouts. These symbols pay in coins from left to right when either appears on consecutive reels, on an active payline or starting with the leftmost reel.

The low paying symbols in Magic Forest bitcoin slot are 10, Jack (J), Queen (Q), King (K), and (A). To know more about their corresponding bet values, information is listed on the table that follows:

On the other hand, Magic Forest bitcoin slot’s high paying symbols are portrayed as a watering can, flower, mushroom, caterpillar, frog, and the logo of casino slot Magic Forest. Their respective values can be viewed on the table below:

Hanna the fairy serves as the Wild symbol in casino slot Magic Forest. She can interchange with all symbols except for the Scatter symbol. She also extends vertically on the Free Spins game and is equal to a combination of 3 Wilds. Furthermore, the Scatter symbol is depicted as butterfly wings. 3, 4, or 5 symbols anywhere on the reels wins 15, 30, and 60 Free Spins sequentially.

Magic Forest: Pretty as a Fairy

Fairies are said to be beautiful creatures that will enchant you with their allure. They will fill your heart with joy and excitement which casino slot Magic Forest mimics with its exhilarating gaming experience. It offers great visuals and superb sound effects that will entertain you to the max.

Magic Forest bitcoin slot is set in mystical woods where you dive into the mystique of the forest ground. Discover a perspective of dandelions and mushrooms from the point of view of dwarves and other little magical creatures while a whimsical piece of music plays. It accompanies you in anticipation of landing a winning line when you take the reels for a spin.

Hanna the fairy smiles at you as she waves her magic wand to make the symbols glow when you complete a winning combination. Gold embellishments where vines lavishly drape on decorate the borders of the reels. It’s the kind of pretty you don’t want to miss!

Magic Forest: Where All Your Wins Come True

Go on the adventure with Hanna the fairy and her magical woodland friends. Spin the reels in Magic Forest bitcoin slot at an RTP of 96.75%. The magical creatures will grant you wins of up to 5,625 coins.

Caleta is where all your wins can come true with its array of video slot games. Light the Torch of Fire and spin the re