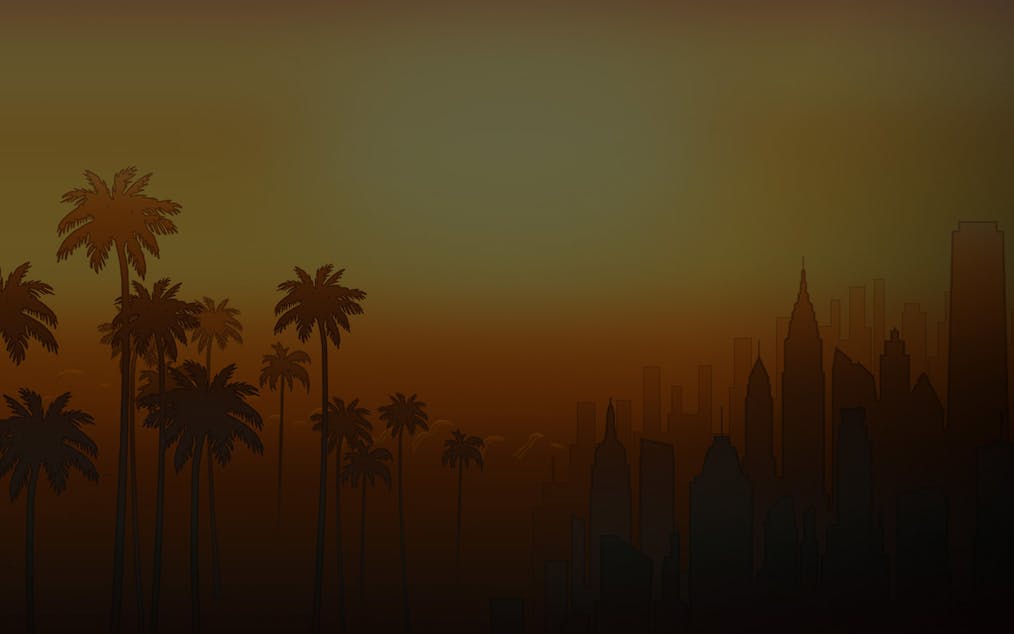 Drop the mic in East Coast vs West Coast

Rule the streets when you meet the baddest and most fearsome gangsters in casino slot East Coast vs West Coast. Spin the reels in style and drop those beats to score big wins!

Show the world what you’re made of when you join the gangsters in the casino slot East Coast vs West Coast. Paint the city in rainbow colours to win tremendous prizes of up to 750 credits at an RTP of 96.04%!

East Coast vs West Coast: Play with the funky beats

Join the gangstas of the city as you take a stroll around the streets in the casino slot East Coast vs West Coast. Begin by spending a minimum amount of 0.20 credits to a maximum amount of 100 credits. Take a spin of the 5 reels and 243 paylines to create winning combinations that can reward you with up to 750 credits.

Find symbols written on walls such as card values 10, Jack (J), Queen (Q), King (K), and Ace (A). The table below displays each symbol’s corresponding payouts when you wager the maximum amount:

The gangsters’ bulldog and boom box alongside the monetary embossed prints can appear on the reels as the high paying symbols. Each set of these symbols can reward you with the following payouts when you wager the maximum amount:

A fist with a giant gold ring serves as the Wild symbol that substitutes all symbols on the reels except Bonus.

A car’s wheel serves as the Bonus symbol in the game. By landing 2 Bonus symbols, you can activate the Drive By Respin feature. Meanwhile, landing 3 Bonus symbols can reward you with 8 Free Spins with 3 unlocked enhancer positions in East Coast spins or West Coast spins.

This feature will reward you with one spin including one enhancer from either West Coast Spins or East Coast Spins.

Activate the East Coast Spins by landing 3 or 4 Bonus symbols and receive 8 or 10 Free Spins respectively. During the Bonus mode, the top bar will reveal the enhancers. The leftmost positions will be locked and it can land additional symbols that will reward you with 2 extra spins and unlock another position.

During the West Coast Spins, the top bar will reveal the enhancers during the bonus mode. The rightmost positions in the top bar will be locked and additional Bonus symbols will land to reward you with 2 extra spins, unlocking one more position.

By landing 5 Bonus symbols, you can activate the Coast to Coast Spins and receive 12 initial spins. During this feature, two enhancers will land simultaneously to give you spins.

Bring life to the boring streets of the city when you paint the walls in vibrant colours in the casino slot East Coast vs West Coast. The background of the game features modern establishments and high-rise buildings while towering palm trees are scattered along the pavement where the reels are located.

Marvel at the vibrant and hip-hop-inspired designs of the game that will make you feel as if you’re a part of a fearless gang.

Choose your side when you drive down to the city in the casino slot East Coast vs West Coast. Prove you have what it takes to become a part of the group when you spot symbols that can reward you with up to 750 credits!

When you impress the gang leader, you get the chance to meet the Punk Rocker who will make you Hot 4 Cash with his head-banging performance.