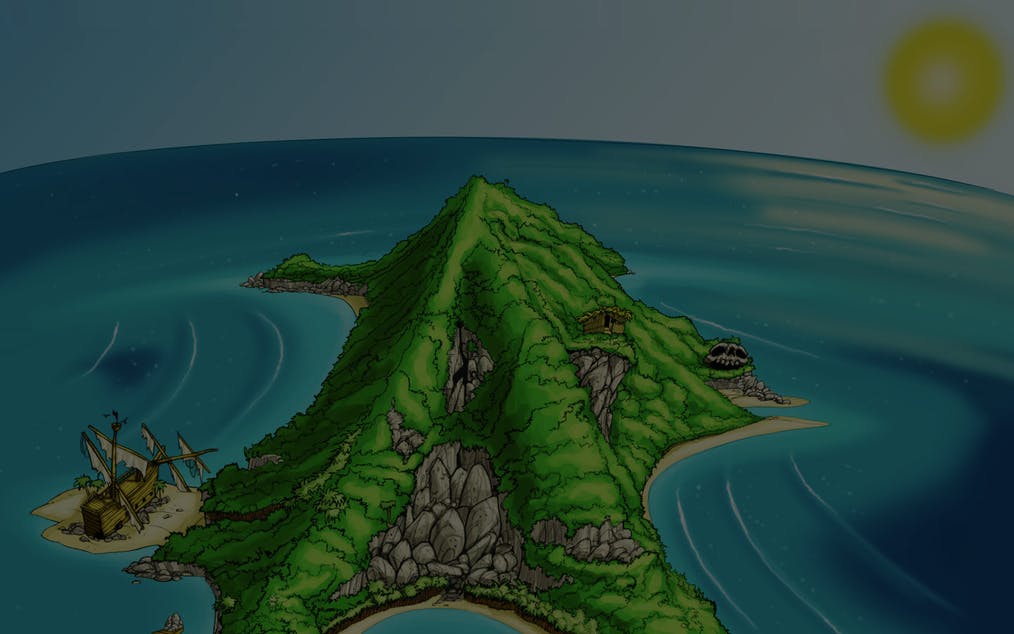 Treasure Worth More Than Loot in Blackbeard’s Bounty

One of the fiercest pirates in history, Blackbeard, has a bounty over his head after successfully plundering various towns. He rules the seas with no fear and his intimidating looks can make any pirate give up their loot immediately. Search for Blackbeard on the reels and capture him to receive the grand prize in casino slot Blackbeard’s Bounty.

Capture the infamous Captain Blackbeard—dead or alive—and score the grand €150,000 bounty over his head. In Blackbeard’s Bounty, you’ll get the chance to encounter the pirate said to be the devil incarnate when it comes to plundering villages and spreading horrors across the seas. With an RTP of 96.13%, players use this chance to apprehend Blackbeard and get their chance to receive the huge bounty.

Blackbeard’s Bounty bitcoin slot displays 5 reels and 25 adjustable paylines. Spend the minimum wager of €0.25 or the maximum wager of €125 to climb aboard the ship and get ready to search for the infamous pirate, Blackbeard.

Basic symbols are represented by icons you would normally see aboard a ship in casino slot Blackbeard’s Bounty. Pirates carry their pistols and load the cannons once they see a ship pass by for a chance at plundering their target. The captain’s parrot searches for the island where they can drop the anchor and explore the town.

You can receive the following payouts per set in euros when you place the maximum wager:

Sail the seas and look for Blackbeard’s ship to collect your bounty. Along the way, you’ll be able to find high paying symbols such as hammerhead sharks, cutlasses, maps, and treasure chests on the reels of Blackbeard’s Bounty bitcoin slot.

You can receive the following payouts per set in euros when you place the maximum wager:

Captain Blackbeard’s head is worth a ton of money considering the crimes he has committed in casino slot Blackbeard’s Bounty. He acts as a Wild symbol and substitutes any symbol except the Scattered Jolly Roger symbol. Blackbeard is worth the following payouts based on the maximum wager:

When the Wild Captain symbol lands on the reels, it transforms into an Expanding Wild and covers the whole reel before the total pay is rewarded.

A parrot randomly appears during any spin while you play and acts as a Random Wild. It converts a random reel into an Expanding Wild and all rewards are given after it’s in effect.

The famous Jolly Roger is used as the representation for Scatter symbols. Its Scatter wins are added to your payline wins and are multiplied to the total wager you place. Each set of Scatter symbols are worth the following payouts:

More Treasure to Attain in the Bonus Games Feature

Gather 3 or more Scatter symbols to randomly trigger one of the following special features:

You can instantly win a cash prize that’s worth 25x the total bet you placed when you land 3 or more Scatter symbols.

The Island Pick Feature replaces the reels with a map displaying 6 main islands. Each island holds its own treasure you can receive—cash prizes, Captain Blackbeard, or a piece of a Treasure Map.

When you win the cash prize, you’ll be granted another chance to pick another item. Collect pieces of the Treasure Map and you can choose another location to collect the treasures there.

Find all 6 pieces of the Treasure Map and you’ll unlock the hidden 7th land where you can pick one out of 5 items for cash prizes.

Climb aboard the vessel, raise the anchors, and set sail to search for Blackbeard’s ship—Queen Anne’s Revenge. Finding his ship is the key to locating which island he is on in casino slot Blackbeard’s Bounty. Explore the vast seas and search through each island to find the crook before he can commit any more crimes.

Land on any of the islands and search the town for the crook. Blackbeard’s Bounty bitcoin slot uses a bright colour palette to highlight a sunny day on the reels and its backdrop. There are 6 islands to explore on the map and a 7th hidden island reveals itself when you collect all the pieces of the treasure map. In the 7th island, there are cash prizes hiding inside each item presented to you.

Blackbeard’s Bounty: A Bounty Worth Fighting For

Experience a grand adventure of hunting down the most terrifying pirate in history on the reels of Blackbeard’s Bounty bitcoin slot. Spin the reels to locate which island this fiend is hiding and capture him once you get the chance! You’ll have the opportunity to win up to €150,000 for his bounty.

Raise the anchors because it’s time to find the next pirate on the list. Hunt down Scruffy Scallywags at Bikini Island for another chance at scoring a grand bounty when you capture him.