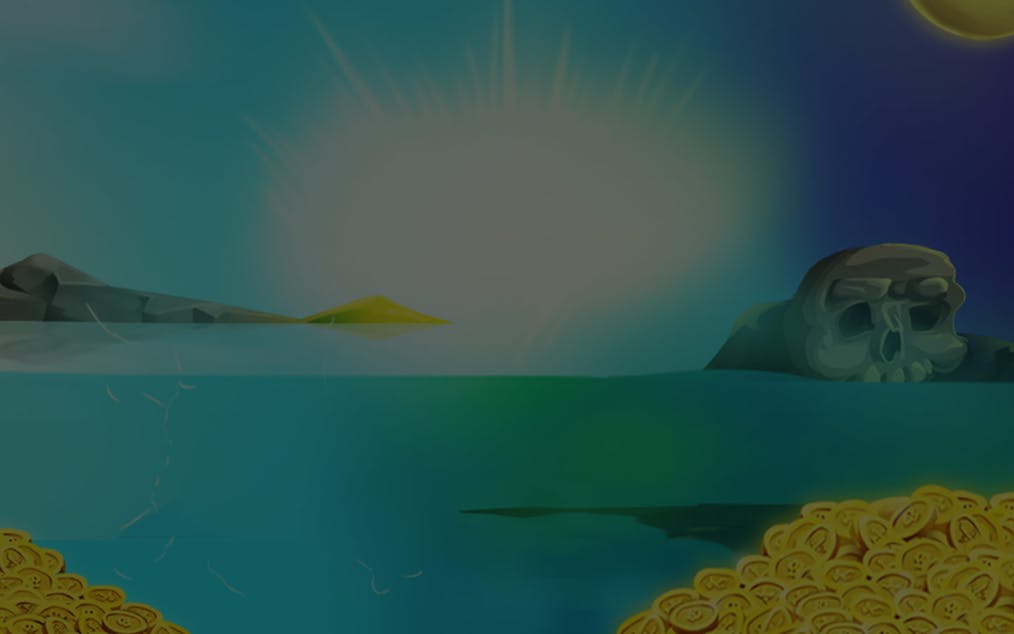 Put on your hook, eye patch and peg leg and blend in with the scruffy, sea-worn pirates in casino slot Scruffy Scallywags! Don’t stand out or else these scallywags might recognize you as an outsider and down the plank you go! Stick through the voyage and you might get €150,000 share of the captain’s loot!

Stay loyal to the pirate’s code so you don’t get marooned on an island in the middle of nowhere in Scruffy Scallywags bitcoin slot. The pirates might seem fearsome and reckless but if you stick around until they reach the treasure map’s destination, you get the chance of pocketing €150,000 worth of riches!

Casino slot Scruffy Scallywags! has 5 reels and 30 ways to win. It has Free Spins, Compass and Octopus features that reward free games, multipliers and great payouts that’ll have you drunk with glee! Toss your lucky coin to the sea and start spinning the reels by wagering a minimum of €0.30 up to a maximum of €150!

The symbols are represented by various items and trinkets owned by pirates, including a treasure map, bombs, pistol and dagger, cannons, treasure chests and a pirate ship. The pirates themselves all wearing smug and fearsome expressions act as paying symbols along with their notorious captain in casino slot Scruffy Scallywags.

Spin the reels and get the chance to board their vessel to meet them! The rewards you can receive at maximum bet from the combinations are:

The Skull Anchor and the gold coin with octopus tentacles represent the Wild Symbols. These symbols can substitute all symbols except Scatter and Bonus symbols.

The bottle of rum acts as the Scatter symbol. The rewards you can receive at maximum bet from the combinations are:

Scruffy Scallywags: Aboard the Ship

Yo ho, yo ho, a pirate’s life for me! Hear the pirates sing their sea songs in their tone-deaf voices in casino slot Scruffy Scallywags. Set foot onto the scallywags’ wooden sea vessel with her patched sails and rigging wrapped around a sturdy mast. The symbols spin on a reel of blank canvass and the spin button replicates the classic steering wheel of a pirate vessel.

Habanero raises the jolly rogers with pride in their stunning casino slot, Scruffy Scallywags. The slot’s graphics are detailed down to the finest piece of gold coin. The symbols feature iconic items that are easily associated with pirates including a cannon, chest of gold, skulls and treasure maps. Intimidating pirates wearing threatening expressions and looking the scruffiest they can possibly be are there to accompany you as you spin the reels. Weigh the anchor and hold fast to the rails because your ocean adventure is about to set sail in Scruffy Scallywags bitcoin slot.

Dead men tell no tales so make sure that you survive this swash-buckling adventure in Scruffy Scallywags bitcoin slot. Stay alive amidst the sword-fighting, gun-shooting, ship-raiding and treasure hunting in this pirate-themed slot and you might get back to dry land with €150,000 worth of gold weighing down your pockets! So prepare to get Ruffled Up and join the Pirate’s Plunder in Scruffy Scallywags bitcoin slot.