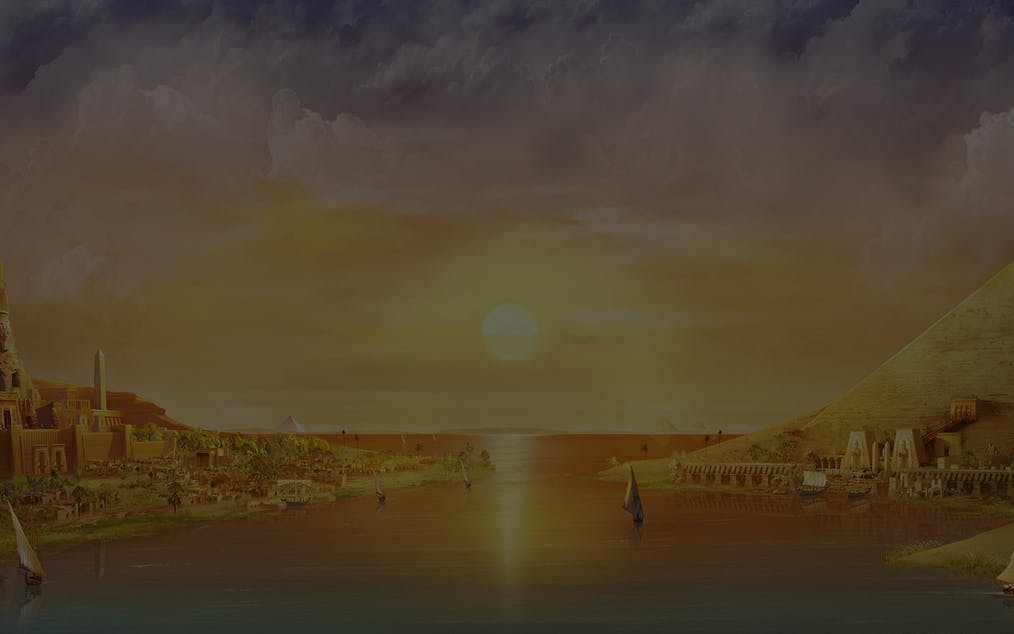 Behold the magnificence of Nefertiti’s Nile

Glorious sunsets, opulent palaces and a thriving civilization await you on the reels of casino slot Nefertiti’s Nile! Wonder at the resplendent empire the queen of Egypt has built from the ground up when you spin the reels at an RTP of 96.08%.

You won’t run out of surprises to discover in every spin with the game’s jackpot worth 50x your wager and a plethora of rewarding features in store for you here. Try your luck today and start playing!

Nefertiti’s Nile: May the gods bestow their blessings on you

Bend the knee for the one true queen of Egypt when you play casino slot Nefertiti’s Nile! To earn her majesty’s favour, you have to land winning combinations of at least 3 matching symbols on any of the game’s 25 paylines across the 5x3 reel grid.

It’s important to set your bet first before spinning the reels! The minimum wager starts at 0.01 credit and maxes out at 1 credit. After choosing your preferred bet size, hit the spin button to start playing and scoring wins!

Face cards and a numbered icon adorned with precious jewels make up the low-paying symbols of Nefertiti’s Nile bitcoin slot. Find 10, Jack (J), Queen (Q), King (K) and Ace (A) on the reels as you collect exciting payouts on lucky spins!

The mighty gods of ancient Egypt descend from their heavenly thrones to appear as the high-paying symbols of the game. Pay reverence to Bastet, Anubis, Sekhmet, Ra and the Pharaoh when they land on the reels and reward you with extravagant prizes on winning spins!

Queen Nefertiti herself acts as the game’s Wild symbol. It substitutes all symbols except the Scatter. The Wild can appear as a single symbol on the 1st, 2nd, 3rd and 4th reels or stacked as a 1x3 symbol on the 5th reel.

Find the glorious pyramids of Egypt as the Scatter symbol of Nefertiti’s Nile. Landing 5 or more of this symbol anywhere on the reels activates the game’s free spins feature and rewards you with 5x your wager.

In this feature, the Stacked Wild remains on the reels and walks one reel to the left whenever the reels respin. If it participates in a winning combination, the multiplier level increases by 1.

The Stacked Wild can move randomly from left to right when activated during the free spins feature. Once the Stacked Wild reaches the first reel and exits the reel grid, the feature ends.

Collect 5 Scatters in one spin or a series of cascades during the base game to activate the free spins feature and receive 15 free spins. You can receive 5 additional spins while the feature is ongoing when you land 5 Scatters on the reels. The active multiplier in the triggering spin becomes the starting multiplier for every spin in free spins.

Travel back in time and arrive at the peak of the ancient Egyptian civilization when pyramids were built and all was well. Once you open the game, you’ll find the city of Giza glistening under the warm glow of the sunset sky. A picturesque scene pulls you into its wonderful world and immerses you in a different culture from another part of the world.

Nefertiti’s Nile: Cruising through the river

Bask under the golden glow of Egyptian skies when you play casino slot Nefertiti’s Nile! Somewhere under the beige sands hides Ramses Treasure and the heavenly Gold of Ra. Dig through the land to score divine prizes!