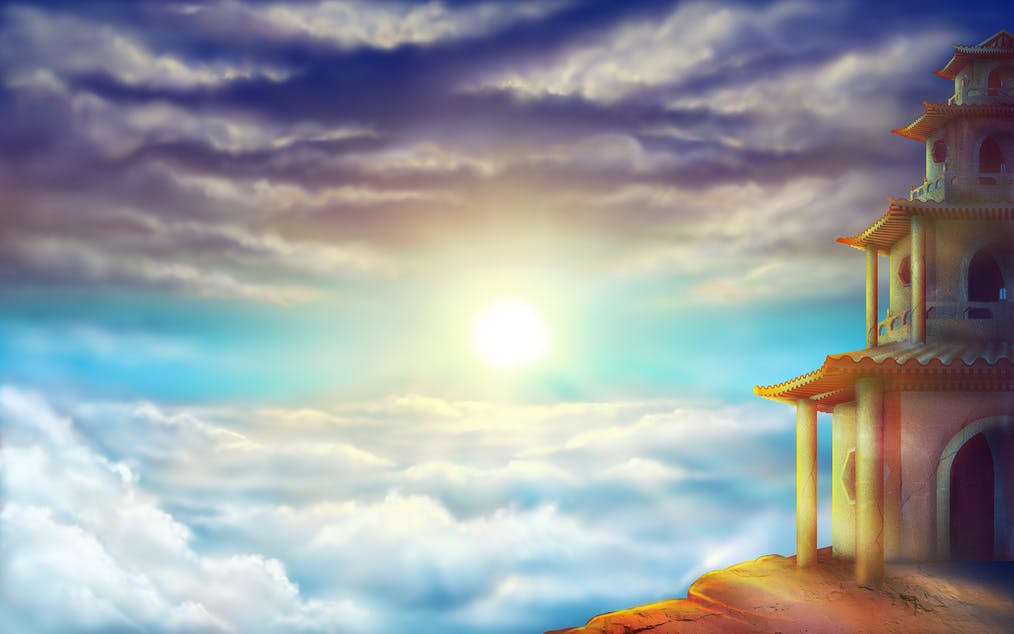 The Ancient Gong Rings with Hope and Fortune!

Temples are known to be a realm of heaven, a space of spirituality amidst the chaos of earth. Witness mysticality and holiness in the Ancient Gong bitcoin slot, where you’ll feel as if you have achieved nirvana when you get the chance to win bountiful rewards of up to 1,250 mBTC!

The splendour of oriental culture has been brought to your screen in GameArt’s casino slot Ancient Gong. There’s no need for you to set foot in the mountains of the Sichuan province or sail through the seas of Hainan Island. Relive the ceremonial grandeur of Buddhist lore in the Ancient Gong bitcoin slot, where you can be rewarded with heaven’s greatest treasures.

GameArt’s casino slot Ancient Gong is a 5-reel, 243-payline bitcoin slot that takes elements from Eastern Buddhist temples. Its visuals centre on the precious gilded ornaments that adorn these temples.

The game’s basic symbols are 10, Jack (J), Queen (Q), King (K), and Ace (A) from a standard card deck. Each symbol has its own payout for every winning combination based on the max bet:

The high-paying symbols are relics made of gold. These are trinkets you can easily find in Eastern temples, including urns, golden figurines, and yansheng or gold coins. Each symbol has its own payout for every winning combination based on the max bet:

An oriental wooden music box serves as the Wild symbol. It substitutes all symbols except Scatter.

A golden gong serves as the game’s Scatter symbol. It also has its own payouts for every winning combination based on the max bet:

In the Ancient Gong bitcoin slot, you can trigger a Bonus Game where you get to choose a symbol that has various rewards and payouts. Landing 3 or more Scatter symbols on the reels triggers this feature.

Among 10 gongs, you can choose 5 and these will reveal different sets of Free Spins and multipliers. You can get up to 5 Free Spins upon picking a single gong and multipliers up to 20x your bet. You get random rewards per bet with every Wild symbol that appears. The Free Spins feature doubles your winnings and can be re-triggered.

If you activate the Gamble Feature, you have a chance to double your winnings. Upon activation, you will be asked to pick a red or black card. If you pick the correct card against the dealer, your winnings will be multiplied by 2x. However, if the dealer wins, you lose your winnings. This can go up to 5 rounds.

Ancient Gong: Treasures of the Temple

The world of the Ancient Gong bitcoin slot features a magnificent gilded temple amidst the clouds. Temples are some of China’s most revered and admired architectural feats and the casino slot Ancient Gong celebrates these by featuring their majestic visuals. Aside from the blues of the sky, the game screen is illuminated by streaks of gold and iridescent, bejewelled ornaments.

GameArt’s casino slot Ancient Gong not only adds a marvellous game to their already vast collection of oriental-themed slots, it also gives you great winning payouts and magical bonuses. Enter the temple of Ancient Gong now and see all the heavenly treasures that the world has in store for you.

Ancient Gong: Where the Orient Flourishes

In GameArt’s Ancient Gong bitcoin slot, you must pay homage to the greatest deities of the orient. Feel at home in this small and holy place of peace and solace. Let your Tiger Heart lead you to your fortune.

If you are looked upon with favour and honour, the heavens can reward you so that you can become the King of Wealth with glorious 88 Riches. You can obtain massive treasures that can compare to the Emperor’s Wealth!