To increase their chances of winning, professional gamblers use Advantage Play which involves spotting structural weaknesses in casino games and getting the most out of them. By finding loopholes in rules, minor defects and irregularities, professional players who utilize Advantage Play increase their chances of beating the house and taking home loads of money.

Being a professional gambler requires mastering skills in observation, memorization and even math. Systematic processes make this industry go round. You’ll usually find pro gamblers at high-stakes poker tables playing against other pros or blending in with regular players at blackjack tables.

In order to be considered a pro, you have to make a significant amount of money to sustain your lifestyle and pay all of your living expenses. The common casino games where pros play include blackjack, daily fantasy sports, poker and sports betting.

The pro gambler arsenal: How they earn the moolah

Card counting is an advantageous skill used by professionals. It involves counting the dealt cards and keeping track of which cards are left in the game. Mostly applied in blackjack, card counting lets the players know when the odds are in their favour, allowing them to decide when is the perfect time to place larger bets.

You need a sizable bankroll to spread your bets and increase your chances of winning. BestUSCasinos.org recommends US$20,000 as the minimum bet for pro gamblers and it can go as high as US$40,000.

Card counters are frowned upon by casinos so the key is to blend with the crowd and keep an accurate count despite the chaotic casino environment.

How much professional gamblers make depends on different factors:

Poker is one of the most popular ways to be a pro gambler. It’s also the most viable option to win larger bets since you’re competing against other players and not the house.

Unlike other table games such as blackjack and baccarat that rely mostly on luck, playing poker requires intense strategy in order to win. Pros make six or seven-figure annual incomes with the game but the vast majority of pros nowadays deal between USD$40,000 to US$100,000 per year.

There are two types of poker pros:

When they are not in tournaments, you’ll find professional poker players making money gambling on high-stakes tables in casinos. The profit in cash games is measured in big blinds (BB) made per hour. Though you’re playing for the pot which consists of bets from other players, the house takes a 5% commission from cash game pots.

Compared to tournaments, cash games give more control over the annual salary since it’s more stable. As tournaments have higher stakes, there is also the possibility of losing huge amounts of money. In cash games, the stakes are lower so you can gain back the money you lost in a shorter amount of time.

Professional poker players make the most money by playing in poker tournaments. They travel all over the world to play at different casinos with other pros. During tournaments, winning pots can go up to millions of US dollars. Some are invited by casinos and paid just to show up at the tournament.

There are different levels in a poker tournament where dozens of players are split across multiple tables until the remaining winners play in a single table. At this point, the pot is bigger and the stakes are higher. Only pros of the highest calibre get to sit at the high-roller table and play against other renowned players.

Profit in tournaments is measured by the rate of return on buy-ins. The house also adds a 10% fee to buy-ins. Playing at tournaments may seem like the grand way to win big as a professional gambler, but only the top 10-15% of the field make a significant amount of money from these games.

There are different options for pro poker players. They can play live or online. Online cash games and tournaments offer more volume since you can play at multiple tables and the rounds go much faster, allowing you to boost your hourly wagers.

While online poker games usually have smaller pots than tournaments in casinos, you can still win plenty depending on how big the buy-in is and the number of players you’re playing against. The most prestigious live tournament of all is the World Series of Poker where pros from all over the world are invited to play and compete against each other. It has an online counterpart which is the World Championship of Online Poker.

How often do gamblers win? 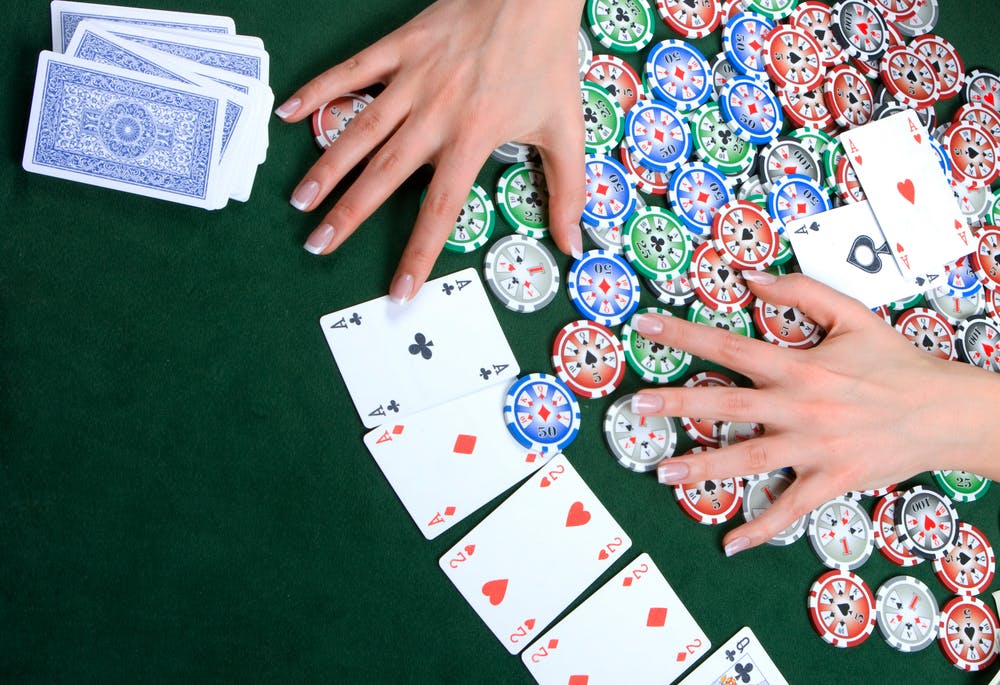 Just like in all things, it takes time and practice to master a skill. Pro gamblers are considered professional because they have mastered advanced skills that give them an advantage against regular players and the house. They utilize loopholes and learn how to excel in casino table games by getting the most out of slightest discrepancies such as an error in card patterns.

Because of these skills, they can win as often as 100 hands in a game. But when it comes to games that play against the house and require card counting, they have to change tables every now and then to avoid the casino’s careful eye.

For poker, their odds of winning also depend on the skill of the people they are playing with. When discussing making money on gambling, there is also a matter of knowing when to walk away. Winning in a game round can mean losing to another person in the next round.

How much is a pro gambler’s salary?

A professional gambler’s salary is based on their total profit after winning tournaments and cash games. Depending on what type of game they are joining, pro gamblers can earn as much as 7-figures.

Some are paid US$10k by casinos just to show up at tournaments. The winning money for some games depends on the pot. Pro gamblers always play at high-stake tables to try and get as much in one sitting.

How much can you make from gambling?

Winning high-stake games can give you thousands and even millions of dollars in one sitting but losing can also mean saying goodbye to a large amount of money.

With continuous wins, you can easily become a millionaire but to be one, you’ll need to have a million at your disposal first. The more you win and the bigger your stakes become, the higher you climb on the ladder and the bigger the prizes you can win.

Can you make money gambling online?

To adapt to modern times, online casinos have launched high-stake games and poker rooms where gamblers can win larger pots than usual. Without going out of their way, pro gamblers can make a profit from playing online.

In conclusion, professional gamblers make money by mastering skills that give them an advantage over the house and other players. Depending on which games and tables they play, they can have an annual salary that is 7-figures big. But no matter how big or small pro gamblers make, the most important thing to remember is when to walk away from the table.

Take your new found knowledge to the table and get the ultimate upper hand, right here at Bitcasino.

On the rise: Women in esports

Top 5 career opportunities in esports other than gaming

What are the benefits of Bitcoin esports betting?

Does the reverse martingale strategy work?