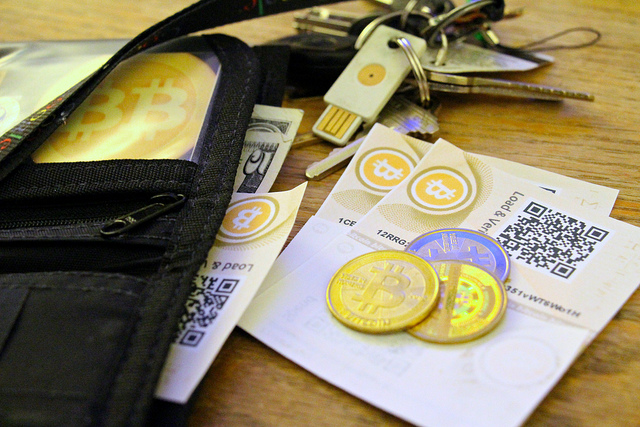 Best Ways to Get Free Bitcoins on Bitcasino.io

The Ultimate Guide on Methods to Get Free Bitcoins

By now, you’ve probably heard about bitcoin and its ever-increasing value. Sure, the future is never certain, but here at Bitcasino, we’ve always known that bitcoin was going to be a hit once the general public started to understand its benefits. In 2017, this potential really started to manifest itself in reality as the value of a single bitcoin shot up from $1,000 to more than $16,000 in the space of 12 months. That dramatic increase basically represented bitcoin’s breakthrough into mainstream consciousness, which is obviously good for those of us already in the industry.

Naturally, with cryptocurrency now the hot topic, everyone is scrambling for a piece of the pie and that means there are new opportunities popping up every day. One of the most interesting developments that every savvy bitcoin bettor should know about is free bitcoins. That’s right, despite the hype surrounding bitcoin’s value, it’s still possible to get your hands on something for nothing in the cryptocurrency world.

With this in mind, we’ve put together the ultimate guide to ways to get free bitcoins. Now, we’re not saying that the methods outlined below are always simple or quick. We’re also not guaranteeing that they’ll make you super rich. However, what we can promise you is that they offer a potential foot onto the ladder. Yes, it might be the bottom rung of the bitcoin ladder, but it’s a step up none the less. Indeed, as any clever casino player knows, it only takes a single bet to win a fortune.

At this point, we’re pretty sure you’re already drooling at the prospect of hitching a free ride on the high-speed train that is the Bitcoin Express. So, without any further delay, let’s run through our ultimate guide on ways to get free bitcoins…

The most obvious was to get free bitcoins is to become a miner. By offering up your computer system to the network, you can become part of the blockchain and assume responsibility for processing payments from around the world. In the old days, mining was still something the average tech-savvy user could do in their own home. In fact, some of today’s bitcoin millionaires started out as lone wolves in their bedroom helping to mine coins and get the blockchain ticking over. Unfortunately, things are different today. Due to the increasing value of bitcoin, vast mining operations have sprung up. This basically means that any single user is now battling against a whole room full of computers.

On top of this, you’ve got the issue that bitcoin mining is now more complex than it once was. Although the process of computers solving complex equations was always tricky and resource-heavy, it’s getting harder because, in reality, that’s the nature of the system. As more bitcoins are released, competition increases, blocks become tougher to solve (due to the volume of bitcoins in the system) and the rewards get smaller. These factors have made it almost impossible for a single user to compete with the big boys.

But, and this is a big but, it doesn’t mean it’s impossible. Why? Well, let’s look at the process of bitcoin mining in its simplest form:

The average processing time should be around 10 minutes, which is why it takes a lot of power to complete a transaction. However, if you purchase the necessary equipment, it is possible to crack the code and earn some free bitcoins. Indeed, the reason we’ve said that this is a viable option is that bitcoin mining is basically like a competition.

Because every system in the blockchain is vying to solve the equations first, you always have a chance of winning. Sure, a company with hundreds of computers has a better chance than you do in overall terms, but you still have a shot. So, while you might have to spend money on the right equipment and spend even more time trying to win one of the equation races, mining has a rightful place in our ultimate guide on ways to get free bitcoins.

Fill Your Cup from the Bitcoin Faucet

If mining seems like a complicated way to get some free bitcoins, then maybe you’d be better off using a faucet. In simple terms, a bitcoin faucet is a website that gives away small fractions of a bitcoin (known as satoshis) in return for completing some sort of action. Depending on the website and the actions you have to complete, the amount of Satoshis you’ll receive can range from 100 to 10,000+. So why would someone be giving you free bitcoins to complete a simple task? Well, either they’re extremely generous, or they’re running a business.

It’s typically the case that faucet owners have adverts on their sites, adverts which earn them revenue. Basically, they’ve got some bitcoins, they break them down (not literally) into their smallest denominations and give them to you in the hope you’ll be on their site long enough to click on an advert. While that’s a fairly crude summary of the method and theory behind bitcoin faucets, that’s basically what’s happening.

OK, so I can visit faucets all day, collect hundreds of micropayments and put them all together and have a stack of bitcoins? In theory, yes, but in reality, no. The main thing working against you, other than the size of each payment (10,000 satoshis only equates to ฿ 0.0001), is that offers are time restricted. In a bid to preserve some order and prevent abuse of a system, faucet operators will limit you to a certain number of tasks in a set time period. Every site will be different, but you may only be able to claim one reward per hour. Because of this, it’s not easy to get a ton of free bitcoins from a faucet.

Solve some puzzles, play some games and get free bitcoins…

However, it is possible and, unlike mining, it doesn’t cost you anything other than a little bit of time. Indeed, when it comes to the tasks you have to complete, it can almost be anything. In fact, a faucet owner is basically setting you a task that will prove that you’re not a computer.

Have you ever joined a website and been asked to “prove you’re human” by completing something known as a CAPTCHA? This acronym stands for Completely Automated Public Turing test to tell Computers and Humans Apart and is a way of showing that you’re not a bot. In practice, a CAPTCHA might be a simple equation you have to solve or you might have to highlight all the cars in an image.

In the early days of bitcoin faucets, you had to complete a CAPTCHA to receive a payment. Today, there are faucets that don’t work on the CAPTCHA system. For example, PaidBooks is a site that will give you free bitcoins for reading certain classic books. Obviously, this is a lot more time-consuming, but it is a more engaging way to get something for nothing - plus, you may actually be interested in the books on offer. Beyond books, there are apps that allow you to play games, complete surveys and do all manner of things in order to join the bitcoin universe. Whichever system you use, the reward is always the same: satoshis.

Yes, it’s important to remember that the payments are very small. However, as we said at the top of our ultimate guide on ways to get free bitcoins, small acorns can grow into mighty oaks if you know what you’re doing. Indeed, if you can take a few satoshis and place a few smart bets, you could be on the road to building a healthy bankroll.

We couldn’t create this ultimate guide to ways to get free bitcoins and not talk about our own ways of giving you some gratis credits. If notice, we actually said “ways” and not “way” because there are actually two methods you can use to fill your pockets for free when you join us. The first and, potentially, most lucrative is our bonus system. Kicking into life the moment you create your first account, our bonus system is basically a way for us to give you something extra for your time online.

For instance, as a newbie, you’ll receive the following: a 100% match up to m฿ 1,000 on your first deposit. To put it another way, we’ll double any amount you deposit up to m฿ 1,000 when you’re a new player. Now, it’s important to note at this point that every bonus we offer does have some strings attached. Fortunately, they’re simply a few strands that keep everything together, rather than thick ropes designed to choke you.

Looking at the above offer, you’ll receive up to m฿ 1,000 free when you make a deposit, but you will have to bet 35 times that amount in order to unlock your funds. Technically known as wagering requirements, the conditions allow us to see that you’re a serious player and, moreover, they keep the system fair for everyone.

At this point you’re probably thinking: If I have to spend money to unlock my bonus, then it’s not free money. Well, this is where you’re looking at it in the wrong way. Just because we ask you to place a bet, it doesn’t mean it has to be a losing bet. Let’s say you have to stake m฿ 300 in order to make your bonus available for withdrawal. Well, there’s nothing to say that you won’t break even or make a profit while you’re racing towards the m฿ 300 target. If you were to do this, then your bonus cash would become real cash and, voila, you’ve got some free bitcoins.

If that’s not enough to pique your interest, then how about this: You can earn free bitcoins by telling your mates about us. Otherwise known as the Bitcasino affiliate scheme, the underlying mechanics of this system are simple: you get people to sign-up, we give you some cash. What’s even better about this is that the more people you recruit, the more you can earn. The way affiliate systems work is on a revenue share basis. This basically means that we’ll give you a percentage of the revenue your “team” generates.

As a new affiliate, you’re guaranteed a commission payment of 35% for three months. Then, once this introductory rate ends, you’ll receive the following cuts based on the number of active players you’ve recruited:

As you can see, it’s possible to get up to half of the money a player generates credited to your Bitcasino account every month when you become an affiliate. How do you calculate a player’s revenue? Like this: (Bets – Wins – Bonuses – Network fee of 20%) x (your commission percentage). Equations and stipulations aside, the main thing you need to take away from this is that you can earn free bitcoins from bringing players to us. When you combine this with our ongoing system of bonuses, plus the other ways you can earn free bitcoins online, it’s easy to see why everyone now has a chance to get in on the action. Indeed, if you take what we’ve given you in this ultimate guide on ways to get free bitcoins, you can turn nothing into something with ease.