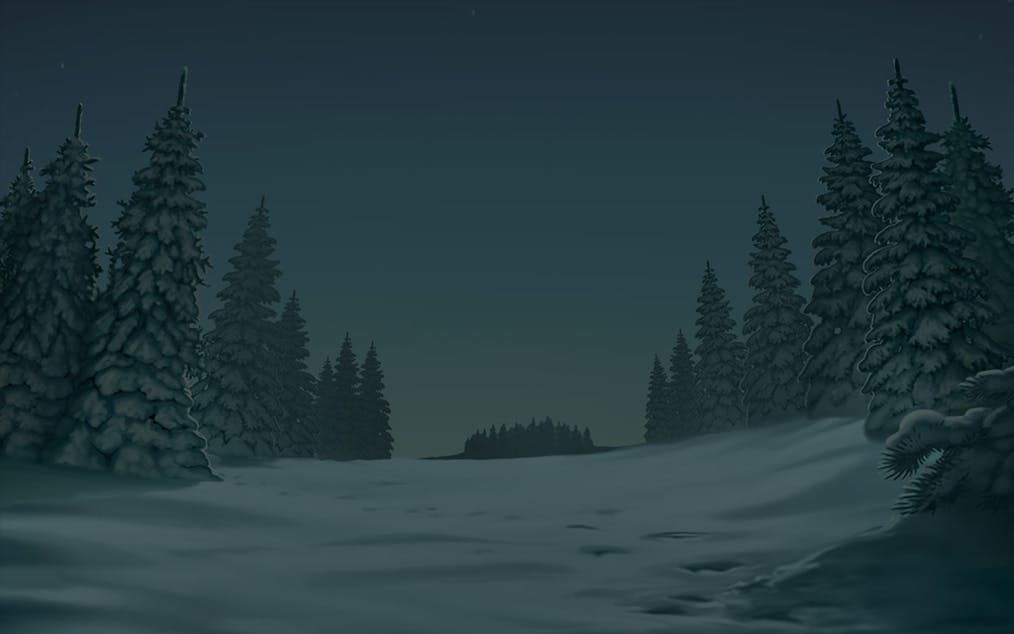 Ain’t no mountain high enough and no winter cold enough to keep you away from witnessing the majestic Aurora Borealis in casino slot Wild North! Brave the freezing winds and reach the peak of the mountain where the infamous Northern lights shower glittering prizes to those that witness its beauty.

Trek through the thick bed of snow and encounter the beasts of the North in Wild North bitcoin slot. From intimidating predators to elusive beasts, these animals can reward massive payouts when you spin the reels. Test your luck and see if you’ve got what it takes to take home the jackpot prize worth 2,500x your bet!

Casino slot Wild North is a 5-reel, 40-payline game with an RTP of 96.55%. With amazing bonus features, Wilds and Scatters guiding your way into the mountains, you won’t get lost in the white vast landscape. Start your snowy adventure by wagering a minimum bet of €0.20 up to a maximum bet of €50.

The basic symbols used are the standard deck of cards. The high card values 9, 10, Jack (J), Queen (Q), King (K) and Ace (A) are used as the low-paying symbols. Each set of symbols has its own payout depending on the following winning combinations if you wager the maximum bet:

The high-paying symbols are the beasts inhabiting the freezing wilderness of Northern America. Find a barred owl, gray wolf, brown bear and a majestic reindeer gracing your reels with every spin. Each set of animals has its own payout depending on the following winning combinations if you wager the maximum bet:

The Wild symbol appears as the majestic North American lynx. It can substitute all symbols except Scatter to complete paylines. It also serves as the slot’s highest paying symbol and is present on all reels. Each set of Wilds has its own payout depending on the following winning combinations if you wager the maximum bet:

Nature’s majestic light show, the Aurora Borealis, appears as the Scatter Symbol. When you land 3 Scatter symbols, the Northern Lights Bonus Game will activate. Get the chance to win one of seven bonus features on the Bonus Feature Wheel!

Get the Chills With Exciting Bonus Features

When the Northern Lights Bonus game activates in Wild North bitcoin slot, the Bonus Feature Wheel will appear on your screen. Spin the wheel and the feature you’ve won will illuminate!

Let the wildlife of North America guide you through the snowy mountains! When you land this feature, you will be rewarded with 3 Free Spins. During the Free Spins, 4x4 Mega symbols featuring the beasts of the wilderness can appear on reels 2 to 5 on each spin!

When you gain the elusive Lynx’s trust, you will be rewarded with 3 Free Spins! During these Free Spins, 1 or 2 reels can turn entirely into Lynx Wilds on each Free Spin!

Catch the Running Reindeer and receive 1 Free Spin! During the Free Spin, the Reindeer symbol is stacked on reels 2-4 to boost your chances to win bigger rewards! When the Reindeer symbols fully cover reels 2, 3 and 4 or create a 3x3 block, you will be rewarded with 1 re-spin.

Face the Savage Bear and show your strength before this mighty predator to receive 1 Free Spin. Before the Free Spin, you will be rewarded with random multipliers up to 30x!

Outrun the Wolf Pack and be rewarded with 1 Free Spin for your courage. During this bonus feature, four wolves will appear and stick on the reels. When additional wolves appear on your reels, 1 re-spin will be rewarded! During the Wolf Pack Bonus feature, Wolf symbols are transformed into Wild symbols and substitute all symbols except Scatter.

Eyes of the Owl

Be guided to the peak of the snowy mountains by the sharp Eyes of the Owl and receive 1 Free Spin. During this feature, two large 2x2 Owls appear and stick on the reels. 1 or more re-spins are rewarded until you win!

Become a Wild North Explorer during this bonus feature and overcome any adversity thrown to you by the Northern mountains.

Select a tile amongst the 20 tiles that appear on screen to reveal a hidden prize. You can win amazing rewards from instant cash prizes to more bonus pictures! Keep selecting and unearthing the tiles until you pick a final image:

Beasts and Lights of the Wild North

Make sure that you’re well-equipped before you challenge the mountains of Northern America in casino slot Wild North. Venture into a white landscape of icicle-covered pine trees. The faint orange light of the setting sun and the constantly falling snow create a beautiful scenery that serves as the reel’s backdrop.

Portraits of North America’s formidable wildlife and the majestic Aurora Borealis appear on the frosted reels as Wild North bitcoin slot’s high-paying symbols. Low-paying symbols are carved onto wood decorated with intricate patterns. Play’n GO takes you to a winter wonderland in this icy slot. Spin the reels while waiting for the infamous Northern lights to paint the night sky!

Win Mountains of Prizes Up in the Wild North

Race to the top and get the chance to receive mountains of prizes when you spin the reels in casino slot Wild North! Don’t worry about freezing your toes and fingers in the cold because the opportunity to win the grand prize worth 2,500x your bet will pump adrenaline into your blood and keep you warm.

After you’ve conquered the icy mountains in Wild North bitcoin slot, head over to the Enchanted Meadows to warm up and witness the Firefly Frenzy where you can win fantastic rewards!