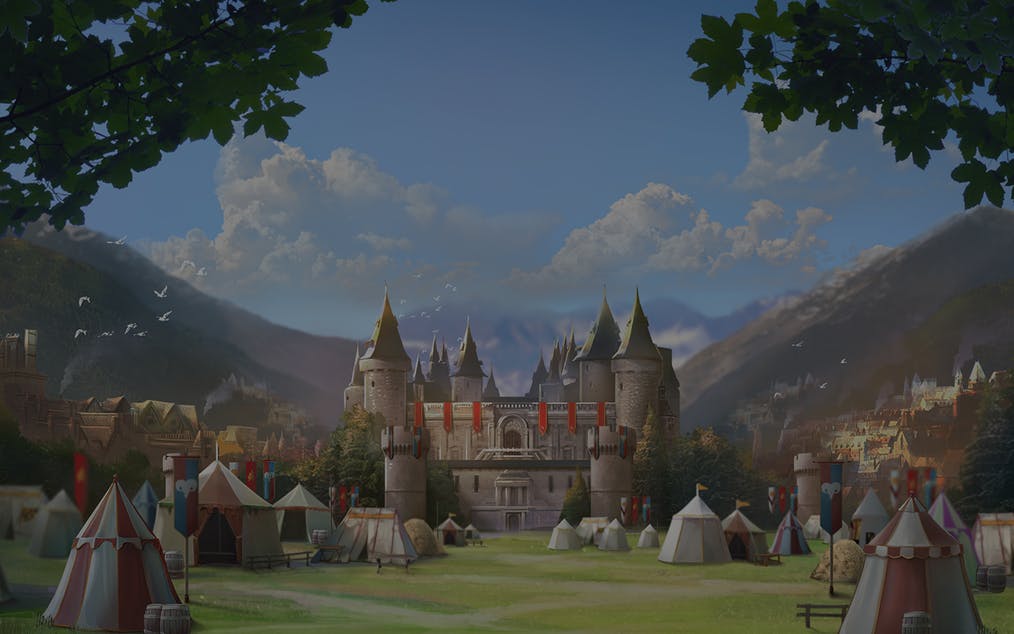 Pick Your Knight for The Queen’s Day Tilt

Gather ‘round, ladies and lads! Pick a side, pick a knight—which one shall win Your Grace’s hand? Place your bets to play, spin the reels to know. Get a chance to win 5,000 times your coin!

The fated day has come for knights to battle for the Queen’s honour. Choose your knight in the Game of Accession and get a chance to double your win! Curry Her Majesty’s favour and you just might get 5,000 times your stake. So join the fest, spin some reels at 96.3% RTP, and have an affable time!

Doth Thou Have What it Taketh?

Prepare thyself for the Queen’s day is here. This 3x3 grid slot game with a single payline delivers majestic gameplay and mesmerizing royal features. Watch opposing knights battle it out in the reels in the Game of Accession feature. The Ruler event randomly switches a regular symbol to a Wild, while the Queen’s Days Spin gives out 5 Free Spins without low paying symbols present. Talk about a royally exclusive event!

The symbols consist of 4 low wins, 3 medium wins, 2 high wins, and a Wild. They all remind of elegant queens and kings, rose gardens and castles—a picturesque renaissance setting.

The low-winning symbols include a spade, heart, diamond, and a club. Check their corresponding maximum bet values below:

The medium-winning symbols are shields of different colours with different golden sigils on them. There’s the lion, rose, and the ram symbols, in noble purple, blue, and red fields. See their max bet values below:

The two knights, the main actors of this tilt, serve as the high-winning symbols. One wears a red cape while the other ears a clue one. Meanwhile, the Queen has a symbol for herself as well and it’s the Wild. It has a value as well while it also substitutes all symbols.

Their maximum bet values can be seen in the table below:

If only one symbol remains, the Tilt feature activates. The last symbol is removed and you receive free spins. This applies to any symbol, whether low paying or high.

In the case of total annihilation and there is no symbol left on the grid, you get 5 Free Spins. This one’s called Queen’s Day Spin feature, and during this event, only medium and high-paying symbols appear, meaning bigger possible wins. If that’s not good enough, there’s also a multiplier that starts at x2. This multiplier increases when you form a win with both knights involved in the same spin. Clearing the grid means activating the feature again. Sweet!

Another feature is The Ruler that is triggered on non-winning spins. In this feature, Her Majesty graces us with her presence while the Wild spin randomly replaces a symbol. This automatically means the symbols it situates itself between will be a win.

Lastly, there’s the Game of Accession feature that is triggered whenever you get a winning combo with the 2 knights in one spin. This event grants you a free spin with only the high-paying knight symbols. You get to pick between the two knights before the spin. if the one you picked gets higher wins, you can win x2 multiplier, a retrigger of the feature or win collect.

Oh! How Thy Beauty Beguiles!

Cue the trumpets and the convivial renaissance music, Queen’s Day Tilt slot game lets you experience the jovial and noble atmosphere of a monarch-sponsored festival. The game opens into a nice day with tents laid in front of a castle. The whole setting celebrates winning and having a mirthful time.

The bagpipes and lyre playing in the background welcome you in celebration of the Queen’s Day. You feel delighted with every bird chirp that passes your ears. The muted chatter of a busy market grows louder for a second or two, transporting you to a muddy grass field with temporary tents everywhere.

The animation flows smoothly with every fall and crumble of the symbols. The colours shine bright with every winning combination. The vibrant and royal colours contrast pleasantly with the soft and bright landscape background. The gold layings on the grid and frames of the knights show elegance and display sophisticated taste. Truly, they took the royal theme seriously with this slot’s game design.

Queen’s Day Tilt slot game provides an easy and magnificent gameplay. The exciting features, such as the Game of Accession event, not only gives more chances of winning, but also a thrilling match between two knights. That’s something you don’t see every day.

Keep spinning the reels, pray for a pair or more, and the Queen just might bless you for your loyalty.

Experience the thrill of being a spy in Play’n Go’s Mission Cash! Or travel to Ancient Greece with Rise of Olympus. Travel to any world and any dimension with Play’n Go’s extensive slots collection.