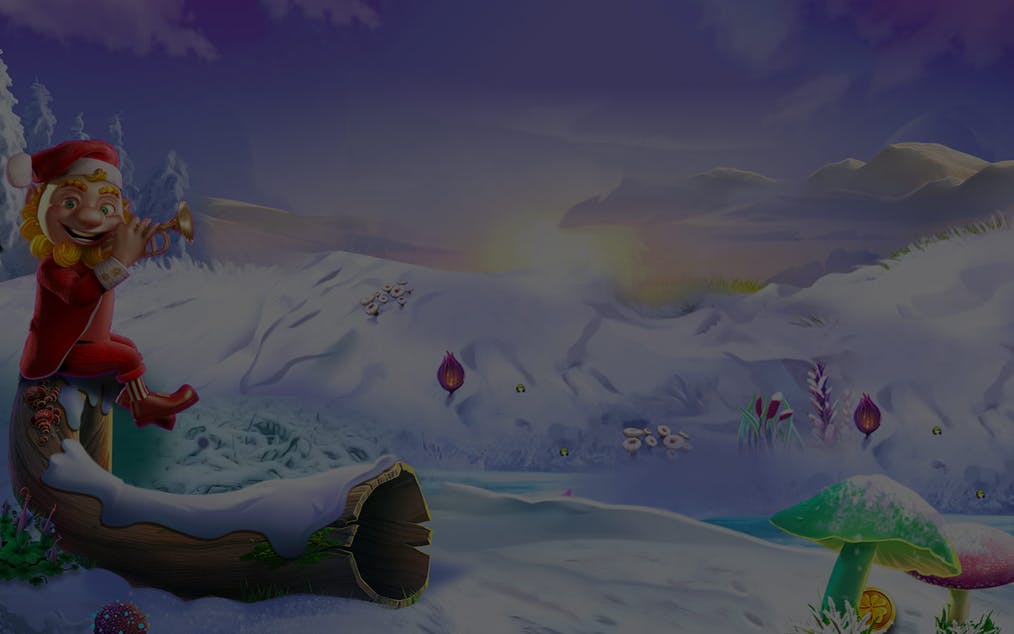 It’s always Christmas time here at Leprechaun Carol Bitcoin Slots! Come along with the happy sprite as you fill your stocking with his pot of gold of 6,000x your bet. Don’t let the mischievously cheerful Leprechaun keep you from getting into your holiday spirit!

Leprechaun Carol is a 5-reel, 20-payline video slots game with an RTP rate of 96.53%. Pragmatic Play gives you a chance to celebrate your favourite holiday all-year-round with Leprechaun Carol. They placed a lot of presents for you to unwrap in the reels this Christmas season.

Here at casino slots Leprechaun Carol, reels are filled with card symbols, Irish Christmas essentials and the prestigious pot of gold at the end of a rainbow. They each have a corresponding payout depending on the combination you land.

The following card symbols—Jack (J), Queen (Q), King (K), and Ace (A)—will give you these payouts at max bet:

What’s Irish about a Christmas without the essentials? Of course you should have a pipe and a Candy Cane top hat while you drink your soda float. Together with the Leprechaun, these symbols will give you the following payouts at max bet:

*Getting two Leprechauns will give you 10 coins.

Reaching a pot of gold at the end of the rainbow has always been a childhood fantasy, but thanks to Pragmatic Play, that sweet fantasy can turn into reality. This elusive Rainbow represents the Wild symbol that can substitute all symbols except Scatter. The following sets of Rainbows can give you:

The Leprechaun’s most prized possession triggers a random bonus game when it comes in threes. His Pot of Gold represents the Scatter symbol that only appears on reels 1, 3 and 5.

In the base game, there are four random spin features that can be activated:

During your current spin, a random number of Wild symbols will rain down your screen in varied positions.

After the random spin, you can select one out of five fiddles that reveal a cash prize.

During a random spin feature, a giant symbol the size of a 3x3 grid can appear anywhere on your screen.

This feature can randomly occur at the end of a spin if there are Scatter symbols scattered on reels 1, 3 and 5. When this happens, the Scatter symbols will rearrange themselves to trigger a Bonus Game.

There are a total of three Bonus Games that can be triggered when you land three Scatter symbols. Here are their mechanics:

In this Bonus Game, you start with 20 free spins and a 3x multiplier. Before the actual game starts, you can pick mushrooms and get more prizes until you find a ‘Collect’ item. The following prizes you can get are:

After you’ve found a ‘Collect’ item, you will proceed to the Free Spins round. You’ll get all the prizes you found during the feature that cannot be reactivated.

In this game, you’ll start with 15 free spins and a 4x multiplier. All Scatter symbols in this feature are replaced with a gold coin. This Bonus Game also has a progressive feature that can be played by collecting coins. Your goal is to advance through two consecutive levels.

You collect coins by landing Coin symbols on the reels. Each coin gives you one point. Every five points you get, you’ll be given five more free spins and your multiplier increases by 1x until you reach 6x. This feature can only be prompted once.

You’ll feel the chilly air as you blow out candles on your window sill and realize that Christmas morning has finally arrived. Only, in Leprechaun Carol slots, you’ll never lose that jovial feeling.

Bells and Christmas carols automatically play once you start spinning reels. The music works wonders because it allows you to feel Christmas in the air.

The graphics are vibrantly colourful and festive which fits just right with the Christmas theme. What’s really entertaining to watch is the animation, because it’s joyous and celebratory especially when you land big wins.

Snow continuously falls on elf houses in the background as well as on some symbols. Overall, the theme is well-thought-of and it manifests visually. Leprechaun Carol is a real holiday treat!

Make every day feel like Christmas morning with Leprechaun Carol! Get plenty of presents even when there’s no occasion with the many bonus features Leprechaun Carol has to offer. Lay your hands on the Leprechaun’s Pot of Gold and take home 6,000x your bet.

The holidays never end when you’re with Pragmatic Play. Prepare milk and cookies for Santa on Christmas and celebrate Lucky New Year with fireworks.