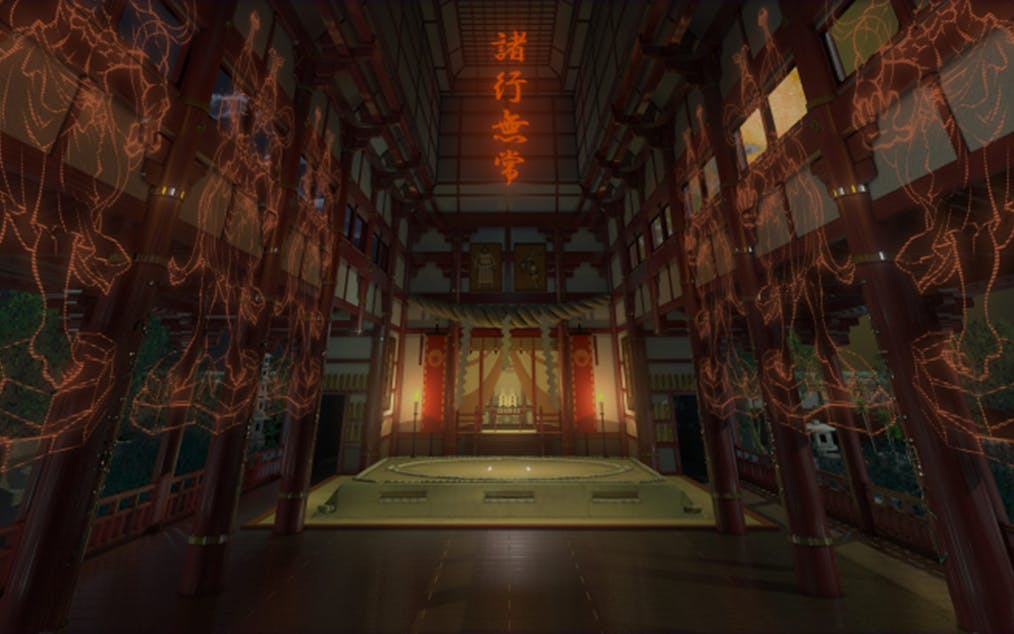 Wild Sumo: Do Your Best in the Dohyō of Winning

Sip the sacred water and throw some purifying salt into the ring before the match of your life. Crouch down low to attain wins that are high as possible. Clap your hands and summon the gods to grant you good luck and fortune when you spin the reels in casino slot Wild Sumo.

Win not only divine favour but also a jackpot that can go up to $40,000. To ensure a fair match, an RTP of 95% will be present when you spin the reels in Wild Sumo bitcoin slot. Step into the dohyō of winning through a compatible device that you prefer such as your desktop, tablet, or mobile phone to play now!

You don’t have to go through an intense regime to wrestle with good luck and fortune in casino slot Wild Sumo. Place a wager for as little as $0.20 or be bold and brave like a sumo wrestler with a whopping $1,000 wager to spin the 5 reels of this video slot game that feature 10 paylines.

A Wild symbol can appear on any reel of Wild Sumo bitcoin slot. It can interchange with all the symbols to complete a winning combination. Wild Reels can occur in Free Spins instead of one randomly selected reel and stick until the end of the Free Spins round.

In the base game, sumo wrestlers will appear at random during some spins to perform one of the 2 Training features. These features are the Wild Throws and Multipliers. The Wild Throws feature creates 2-5 Wild symbols that will stay on the reels until the end of the current round. Meanwhile, the Multiplier feature generates a multiplier that will increase the total win of the current round up to 4 times.

Winning with Wild symbols fills up the banzuke meter and gradually increases the ranking. Once the banzuke meter reaches the maximum rank, the Grand Tournament bonus game is activated. At the Grand Tournament, the card battle is played for a chance to win additional bonus features for the Free Spins. Choose one of 3 cards which you think can win. Then, the player with the stronger card deals damage to the opponent. Dealing more than 3 points of damage wins the match. There can be up to 3 matches per tournament in this video slot game.

Free Spins start after the Grand Tournament. Based on the results of the tournament, bonus features will be added to the Free Spins. These can be in the form of 2-27 multipliers, 2-15 additional Free Spins, and one of the reels turning into a Wild Reel.

Wild Sumo: A Vision From East to West

Immerse yourself in a vital part of Japanese culture that is sacred in every aspect. Purify yourself to be favoured by the gods, just like the sumo wrestlers that follow strict guidelines. Enter the temple and place an offering to the gods. Here, you will see lights that will direct you to the shrine illuminated by candles.

Feel the adrenaline pump through your system from the bold and adventurous piece of music that plays in the background. There are no visible reels in casino slot Wild Sumo but the symbols are individually bordered in hexagon shapes. You can also read the word ‘JONOKUSHI’ by the side of the reels which means it is only the beginning so go on and embark on this journey!

Strike with all your might to force out bad luck in your circle like a seasoned sumo wrestler. This way, you can wager bravely to spin the reels of Wild Sumo bitcoin slot at an RTP of 95%. Watch as the sumo wrestlers battle it out in the reels to deliver you winning combinations after combinations. Come out victorious with a jackpot that can go up to $40,000.

Gamatron is an unstoppable force that will direct good luck and fortune to your way with its plethora of video slot games that can cater to your every mood. Parry with the Ping Pong King to win his royal favour and massive riches abound. After that, Journey to the Gold by wagering as you please to spin the reels to wins like no other.