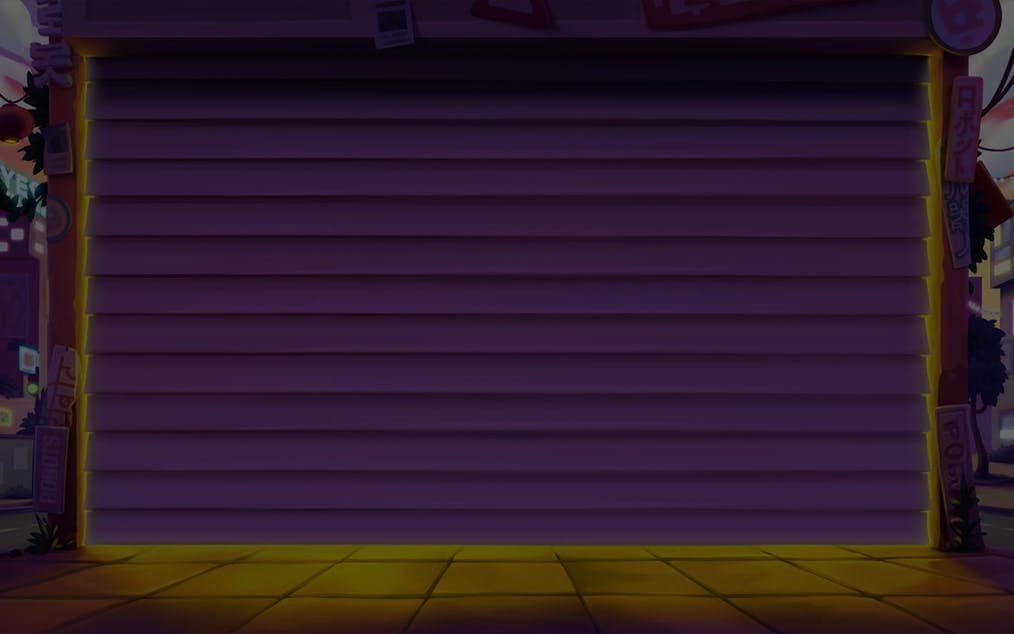 Join the BigBot Crew in Style and Tech

Travel the multiverse and land in the outskirts of a metropolis where clever kids and flying robots reside. Spin the reels and watch the gears come alive in casino slot BigBot Crew!

Meet Matsuo, Danielle, and Joaquin—the genius youngsters who created the BigBot Crew in the side streets of the city. See their masterpiece fly into the sky and land on the reels as Wilds. Spin the reels now at 96.85% RTP and win up to 5,000x your bet only here in BigBot Crew bitcoin slot!

Join the brilliant kids of casino slot BigBot Crew in their robot-making endeavours and get plenty of chances to win big! Align three or more symbols along its 40 paylines to score credits in this 5-reel slot game. Watch as the BigBot appears and flies out of the reels, only to return in a splendid landing. Get more wins with Respins and Free Spins feature.

There are 4 low-paying symbols in BigBot Crew bitcoin slot and these are all gears of different colours and edges. The lowest paying ones are green and silver-coloured gears with smooth edges. Corrugated gears in bronze and golden colours pay more.

Check their values at maximum bet below:

The 5 high-paying symbols introduces the BigBot crew members. These include two robots in blue and green backgrounds, the kids Joaquin in purple, Danielle in orange, and Matsuo in a red background. See their maximum payout values in the table below:

A glowing engine serves as the Scatter. Land three of these anywhere on the reels and 8 free spins are automatically rewarded.

This exclusive BigBot Crew bitcoin slot feature is triggered after two or more BigBots land on reels 2, 3, and/or 4. The number of respins you get depends on the number of Wilds you get. All full reel Wilds remain on the reels for the duration of the respin feature.

Get three Bonus symbols on the same spin and spin 8 times for free. For every BigBot Wild that completely fills the reel, you get an extra spin.

Welcome to Quickspin’s most action-packed casino slot yet: BigBot Crew. Journey to the future where canny techy kids build robots in the outskirts of the metropolis and help you win big on the reels! Step into another dimension as you find yourself in the suburban part of the city with posters plastered on the walls. Signages written in different scripts and languages litter the warm-hued buildings.

Upbeat hip-hop instrumentals play in the background, matching the urban setting of the game. Revving engine sounds as the titular BigBots appear on-screen and fly upwards only to land back again. The graphics stun with its quality. Feast your eyes in this sci-fi themed slots game with features resembling that of comic books in BigBot Crew bitcoin slot.

BigBot Crew: Into the Future

Hustle in the streets and join the crew in their advanced robotic adventures. Casino slot BigBot Crew offers splendid animation and Wilds worth spinning again and again for. Stay loyal to the Spin button and you can fly high with BigBot and land big wins!

Join the Pied Piper and his adorable mice as he transforms to full reel wilds! Enter the Fairy Gate next and receive random wilds on every spin. Quickspin provides top-quality graphics and generous features. Travel into their different worlds and spin the reels!