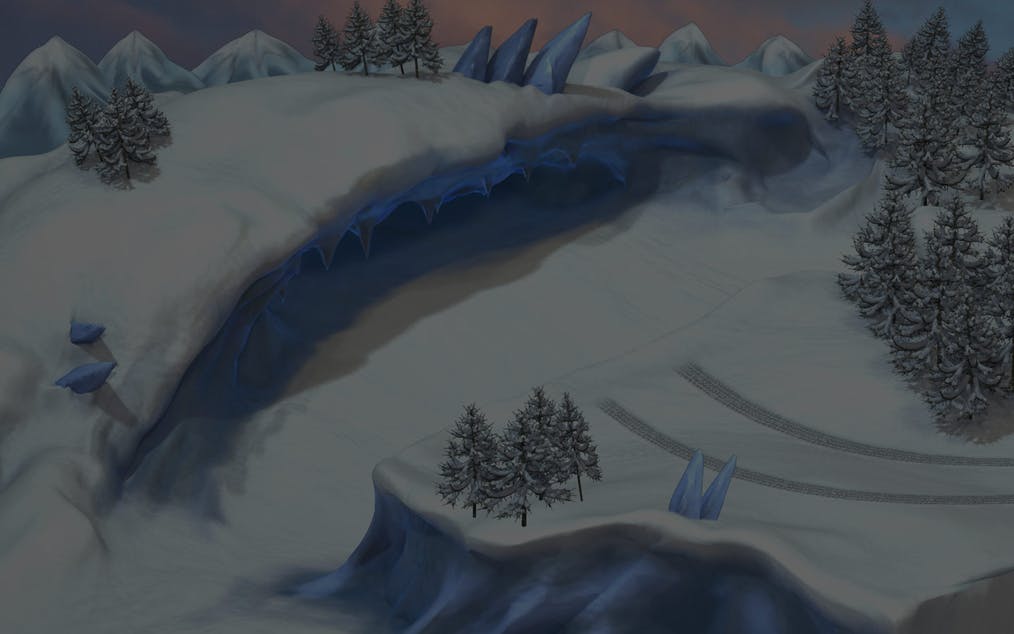 News Flash! A yeti has been sighted roaming around the mountains in casino slot Yeti Hunt i3D. This is a once-in-a-lifetime scoop and no reporter in their right mind would ever let such an opportunity pass them by!

Tag along with the reporter’s persistent media crew as they hunt down the Yeti for the decade’s biggest scoop of the mythological creature in Yeti Hunt i3D bitcoin slot. Help them climb up the slippery mountainside and get the chance to win the jackpot prize worth 21,570 coins once they get him on camera!

Casino slot Yeti Hunt i3D is a 5-reel, 12-payline game format. Spin the reels and get the chance to experience winter features such as Free Spins and Wilds brought to you by none other than the Abominable Snowman.

The high card values 10, Jack (J), Queen (Q), King (K) and Ace (A) are used as the low-paying symbols in Yeti Hunt i3D bitcoin slot. Each has its own payout depending on the following winning combinations if you wager the maximum bet:

Find the Yeti’s footprints, a pickaxe, dog, the cameraman and the reporter as Yeti Hunt i3D bitcoin slot’s high-paying symbols in every spin of the reels. The rewards you can receive at maximum bet from the combinations are:

The Abominable Yeti appears as the Wild symbol. It can substitute all symbols except Scatter to complete paylines. It pays in any position on the reels and serves as the slot’s highest paying symbol. The rewards you can receive at maximum bet from the combinations are:

A mountain of snow represents the Random Wild symbol. This feature turns any random symbols into Wild for the duration of that spin.

The Scatter symbol is represented by a yellow snowmobile. Scatter wins are multiplied by the total bet and added to payline wins. The rewards you can receive at maximum bet from the combinations are:

The Media crew’s car appears on the reels as the Free Spins symbol. Land 3 or more of these symbols anywhere on the reels to trigger the Free Spins feature. During this feature, your wins will be tripled! The rewards you can receive at maximum bet from the combinations are:

Befriend the hospitable Bigfoot as soon as you reach the peak of the mountains in the casino slot Yeti Hunt i3D. Find the symbols laid down neatly against the white snow beside the Yeti’s humble cottage. Yeti Hunt i3D sweeps you to freezing temperatures with chilly visuals of a snow-laden landscape and creative graphics befitting for the Yeti’s playful nature.

Discover the Yeti’s hideout deep within the freezing mountain’s caverns in casino slot Yeti Hunt. Pick up Stones and Bones and other Traces of Evidence of the Yeti’s existence to prove your encounter with the world’s most furry beast.

Good news for you and your media companions because the Yeti has been expecting your visit all along! Get welcomed by the oddly friendly beast and get the chance to receive winter goodies up to 21,570 coins when you spin the reels in his presence in Yeti Hunt i3D bitcoin slot.