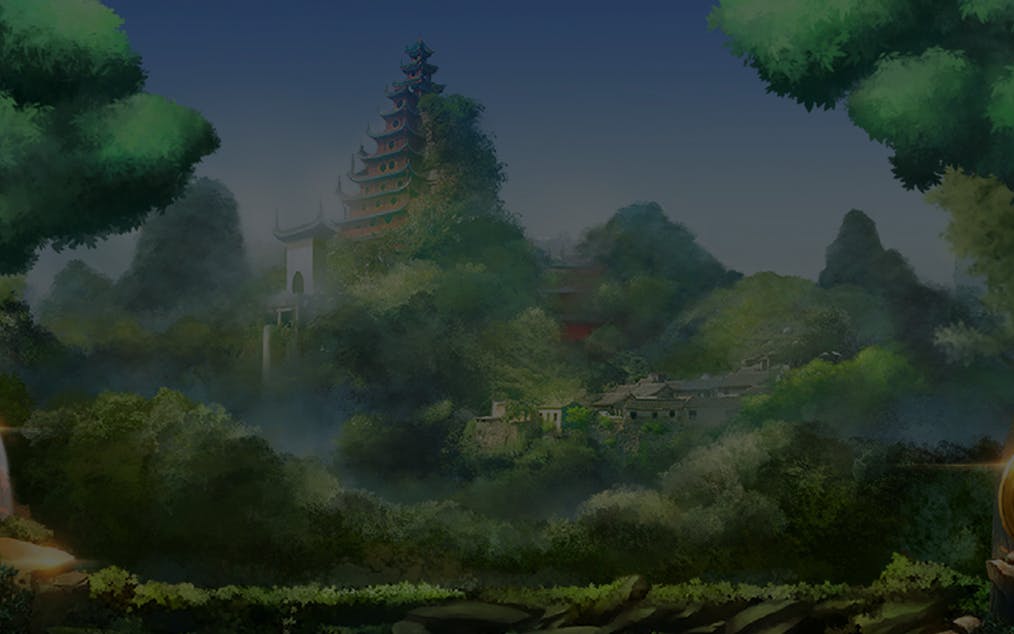 Bask in nature’s beautiful and ever-changing seasons in casino slot Prosperity Gods. Meet the stunning Gods of the Seasons and be blessed by their individual powers! Spin the reels in their divine presence and get the chance to win up to 2,000x your stake.

Explore the breath-taking seasons and experience Expanding Wilds, Mega Wilds, Extra Wilds and Random Wilds in each of the Gods’ beautiful realms. No matter your mood or disposition, there’s a season that’ll fit your preference in Prosperity Gods bitcoin slot!

Spend season after season in the company of the Gods and Goddess in casino slot Prosperity Gods’ 5-reel and 20-payline game. Spin the reels at an RTP of 97% and get the chance to receive the season’s blessings!

Pick your favoured season before you spin the reels. Each season features different Wild Gods with varying features and bonuses in Prosperity Gods bitcoin slot.

You can also win double the prize for your selected season! Before every spin, you will be given the chance to choose one of the four seasons: Spring, Summer, Autumn or Winter. If you hit a winning combination with a symbol from your selected season, your winnings will be doubled!

Watch the flowers bloom as you enjoy the spring breeze in the Spring God’s saccharine season of growth. Find the 春 Chinese character meaning ‘Spring,’ a gold-accented ruby ingot, and the Spring God himself clad in his crimson and golden armour every time you spin the reels.

During other selected seasons, the Spring symbols pay as basic symbols. Each set of Spring symbols has its own payout depending on the following winning combinations if you wager the maximum bet:

When the Spring season is selected, the gentle Spring God transforms into a Wild and acts as the slot’s highest-paying symbol. The rewards you can receive at maximum bet from the combinations in this season are:

Bask in the warm sunlight during the brightest season of the year! Enter the playful Summer God’s realm and frolic through the shining Summer symbols. Find the 夏 Chinese character meaning ‘Summer,’ a yellow heart-shaped diamond and the Summer God adorning his bright yellow robes each time you spin the reels.

During other selected seasons, the Summer symbols pay as basic symbols. Each set of Summer symbols has its own payout depending on the following winning combinations if you wager the maximum bet:

Choose the summer season and the energetic Summer God will transform into a Wild. The rewards you can receive at maximum bet from the combinations in this season are:

Witness the green landscape transcend into orange, yellow and brown hues during the wise Autumn Goddess’ season of change. Jade Autumn symbols are carried by the cool wind and onto your reels with every spin. Find the 秋 Chinese character meaning ‘Autumn,’ a jade lotus flower and the Autumn Goddess in her beautiful emerald robes gracing your reels.

During other selected seasons, the Autumn symbols pay as basic symbols. Each set of Spring symbols has its own payout depending on the following winning combinations if you wager the maximum bet:

When the Autumns season is selected, the Autumn Goddess bless your symbols to offer double payouts! The wise Goddess transforms into a Wild and acts as the slot’s highest-paying symbol.

The rewards you can receive at maximum bet from the combinations in this season are:

Set foot into a world of white and icy blues in the Winter God’s season of reflection. Spin the reels against the freezing wind and find the 冬 Chinese character meaning ‘Winter,’ a sapphire cloisonne jewellery box, and the Winter God himself as the symbols each time you spin the reels.

During other selected seasons, the Winter symbols pay as basic symbols. Each set of Winter symbols has its own payout depending on the following winning combinations if you wager the maximum bet:

When you pick the winter season, the Winter God transforms into a Wild and the slot’s highest paying symbol. The rewards you can receive at maximum bet from the combinations in this season are:

Explore the Seasons With the Prosperity Wilds

The prizes during the summer season are as bright as the sun! The Big Wild feature activates when the Summer God is chosen. A Big Wild of 2x2 randomly appears to replace 4 adjacent symbols on the reels.

Prizes fall like autumn leaves during the Autumn Goddess’ serene season. The Extra Wild activates during Autumn season. The Autumn symbols such as the Lotus Flower and autumn Chinese character can randomly turn into additional Wild symbols!

When the Winter God is chosen, the Random Wild feature will activate. During this feature, 1 symbol from each reel will randomly turn into Wild symbols. The Wilds can occupy up to 5 positions on the reels! It’s truly a winter wonderland in the generous Winter God’s company.

Land 3 Scatter symbols on reels 1, 3 or 5 to trigger the Free Game feature and be rewarded with 15 Free Spins! The Scatter symbol appears as Feng Shui coins. The Free Games play on the chosen season with the respective Season Bonus.

Prosperity Gods of All Seasons

Meet the four Gods of the Seasons as soon as you open casino slot Prosperity Gods. Choose between the four ever-changing realms and set foot into different picturesque landscapes.

Spade Gaming delivers high-quality graphics and creative character designs with the Prosperity Gods in this Chinese-themed bitcoin slot. The Spring God’s realm presents a vibrant garden with freshly-bloomed flowers while the Summer God’s season coats the surrounding garden in bright rays of sunshine.

The scenery drastically shifts into a palette of browns, oranges and reds when the Autumn Goddess’ season begins and turns into a field of ice and snow when the Winter God appears. Prosperity Gods’ creative visuals and engaging animation craft a fantastical world all for your pleasure.

To Everything, There is a Season in Prosperity Gods

Whether you feel like looking at a field of blossoms, playing under the bright sun, jumping into a bed of fallen leaves or making angels in the snow, there’s a season that’ll suit your fancy in casino slot Prosperity Gods.

Make the most out of your year by spinning the reels and getting the chance to win Double Fortunes worth 2,000x your stake that’ll surely make you go ‘Wow Prosperity!’ Experience nature’s seasons like never before with the seasonal gods in Prosperity Gods bitcoin slot.