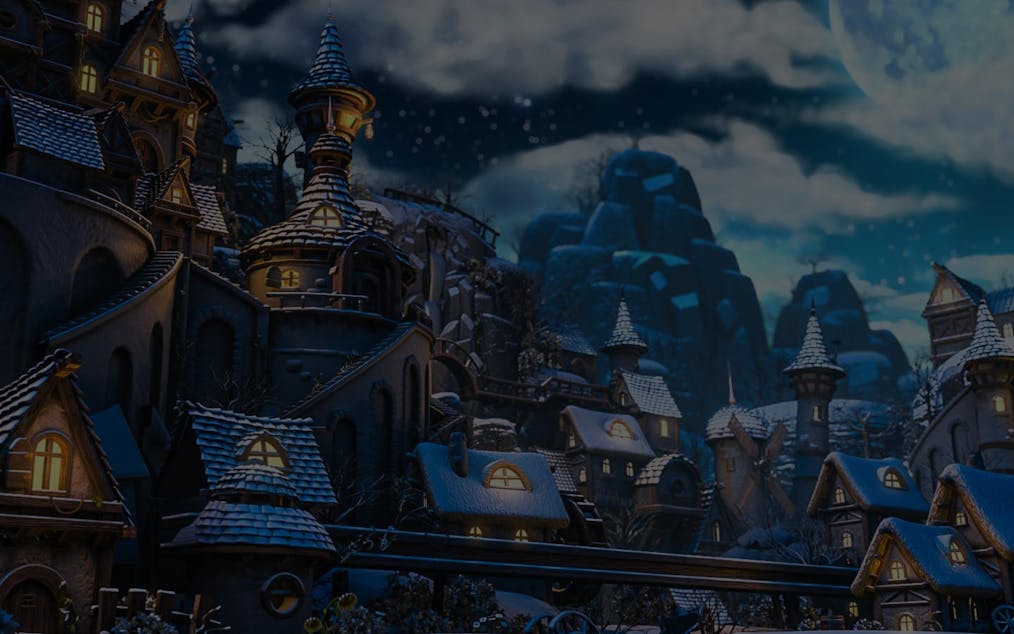 Ogre Empire: ‘What Are You Doing In My Empire?!’

In a land far, far away, the gigantic ogre that terrorizes a homely swamp has decided to move out and into the kingdom nearby. Step aside, royal family. There’s a new king in town and this is his Ogre Empire bitcoin slot to rule.

Hide your wife and kids as the ogre makes his rounds in empire to collect everyone’s glimmering gems and vast riches. Only at night can the royal family emerge from their hiding place to help their people survive in these unfortunate times—and with them comes a 2x Wild multiplier. When the day comes, the ogre lets loose and ‘ogre smashes’ his way through every obstacle. He ain’t the sharpest tool in the shed, but he sure is the richest.

Whether you play with the ogre or the townspeople, your chances of winning are as large as the ogre himself. Be the all-star you were always meant to be with a chance to win up to €25,000 on Betsoft’s casino slot Ogre Empire.

Betsoft’s casino slot Ogre Empire is a 5-reel bitcoin slot featuring a mountainous ogre rampaging through a quiet munchkin town and claiming it as his empire.

The basic symbols are the high cards in the deck. These are Jack (J), Queen (Q), King (K), and Ace (A). Each symbol has a payout for every winning combination based on the maximum bet:

The medium-paying symbols are minor items in the ogre’s arsenal. Each symbol has a payout for every winning combination based on the maximum bet:

The high-paying symbols are the ogre and his various riches. Each symbol has a payout for every winning combination based on the maximum bet:

The Ogre Empire bitcoin slot has a Wild symbol that substitutes all paying symbols except for the Sun and Moon symbols.

The casino slot Ogre Empire has two unique modes, Day and Night. Both modes can be activated when their respective 3-tall symbol, the Sun or Moon, lands on the reels.

The Day Mode has two unique features. One of its features is its Sun Bloom Wild Flower symbol. Whenever the Sun Bloom Wild Flower lands on the reels, it transforms up to 3 additional symbols into Wild symbols. Another unique Day Mode feature is the Daytime Ogre Smash where the ogre can randomly destroy all basic symbols. When the basic symbols are destroyed, new symbols drop from above and can form new winning combinations.

The Night Mode also has two unique features. The first feature is the new symbols that replace the basic symbols. Instead of the basic stone symbols, the Q, K, and A are replaced with the Queen, King, and Joker, respectively. The Joker symbol appears on reels 2-4 and acts as a Wild symbol with a 2x multiplier. The Queen and King symbols have a payout for every winning combination based on the maximum bet:

Additionally, the Night Mode has a unique Night Bloom Wild Flower that expands when it lands on the reels transforming 3 other symbols into Wild symbols.

Whenever you land a winning combination, you can potentially double your payout by flipping a coin after selecting the Double Up button.

Ogre Empire: Beauty Is In the Eye of the Big Ogre

In the casino slot Ogre Empire, the buildings of wood and stone are incredibly tall and tightly nestled against one another, serving as a perfect throne for the gargantuan ogre. Although the skies are clear, the atmosphere is as loaded as the ogre’s wallet. All the colours are powerfully-coloured with a potent intensity and high contrast that complement its cartoonish visuals.

The slot is played on the facade of a humble, wooden cottage where every basic stone symbol is carefully drawn to fit the fantastic, medieval theme of the game. A whimsical symphony accompanies your gameplay, comprised of light-hearted string instruments and blaring trumpets.

Once Upon A Time, an ogre lived in a swamp. He didn’t like the swamp, so he moved into the grand kingdom next door and ruled over it with an iron club.

Like an onion, the Ogre Empire bitcoin slot has layers upon layers of prizes for you to win. Pack your things and get ready to visit the Enchanted casino slot of Ogre Empire. Thousands of marvellous gems await you at the Ogre Empire, so pledge your loyalty to the ogre and rule alongside him in a paradise fit for a king.