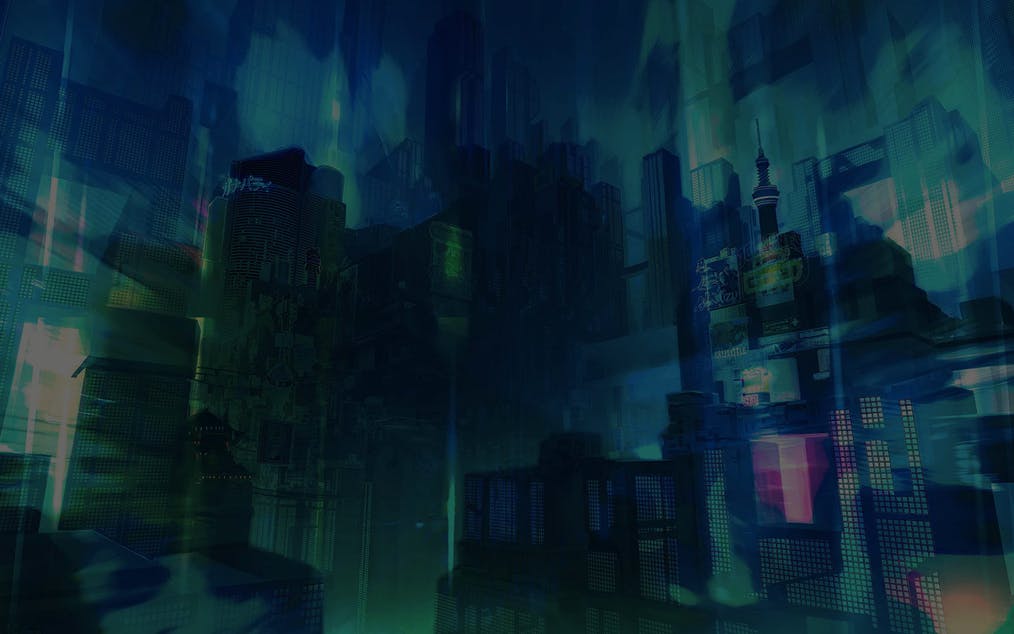 Not a lot of people have knowledge about what happens behind dark alleys and abandoned buildings in Neo Tokyo bitcoin slot. People have been disappearing in the most discreet ways and it should be alarming, but it isn’t. Not until a helpless Jin comes knocking on your heart’s door to find his lost lover, Hana.

You have to do whatever it takes to rescue Hana and the rest of the victims of Deadspin from the brink of extinction. It’s your job as a loyal member of the law to help those in need. Doing so will bring you great honour and the chance to win €20,000 in casino slot Neo Tokyo!

Neo Tokyo: Following Evidence to the Scene of the Crime

Neo Tokyo bitcoin slot is a 5-reel, 12,348-way game with an RTP of 96.09%. It features Free Spins, Expanding Reels, Interactive Chase and 3 Reel Levels that can get you to the Grand Prize!

You’ll find kanji characters, vehicles, androids, two protagonists and one antagonist as symbols inside casino slot Neo Tokyo. Each symbol has a corresponding payout depending on the combination you’ll land.


A flying droid, motorcycle and police car along with red and white-haired androids serve as the high-paying symbols in Neo Tokyo bitcoin slot. Getting a combination of these technologically-advanced symbols can give you the following payouts on maximum bet:


The casino slot Neo Tokyo logo serves as the Wild symbol that can substitute all symbols except Scatters. It appears on reels 2, 3 and 4 like any other paying symbols.

There are three Scatter symbols in Neo Tokyo’s base game that are represented by the narrative’s main characters. Each character has a corresponding feature that they trigger as follows:

If in case you land both Jin and Hana symbols in the same spin, you’ll get Wild symbols added into the Flower Blossom. You can also trigger the Bonus game if you land all three Scatters in one spin.

If you trigger the Landing Wilds feature, the Jin Scatter lands on the first reel and drops up to three Wild symbols on reels 2, 3 and 4 to give you more chances of winning big!

If you trigger the Flower Blossom feature, the Hana Scatter lands on the middle reel and rotates the symbols around herself six times in a clockwise motion. In that process, each time a winning combination is created, it will payout. The Hana Scatter also serves as a Wild symbol in this feature.

If you get all three character Scatters in the same spin, you’ll trigger the Bonus Game feature. The Bonus Game contains three levels, each level giving you 10 Free Spins and adding one horizontal row to the top of your reels.

Moving forward to the next levels are triggered randomly, but if you reach level 3 unscathed, you’ll have the chance to win the Grand Prize which multiplies your winnings from the Bonus Game!

Neo Tokyo: A World Where All Is Fair in Love and War

Watch the rain drip on your window as you try to solve the case at hand while seeking cover inside your police car. It’s as if you can hear the soft pitter-patter of rain while you think of ways on how to catch the nefarious Deadspin. He isn’t only causing trouble for young lovers Jin and Hana, but he’s also creating chaos in the colourful and lively Neo Tokyo bitcoin slot.

As time goes by ever so slowly, your eyes will drift to the hexagonal tiles that contain your paying symbols. The reels are designed in a 4x3x4x3x4 grid, but that’s easily adjustable because of the Expanding Reels feature. With that alone, you’ll be convinced that the game is more than just great visual storytelling.

You’ll hear electro-pop-funk music from your radio, keeping you entertained while you spin the reels. Gamatron’s casino slot Neo Tokyo has compelled approach that combines different genres like romance, sci-fi and crime in one enticing game.

Arise as the Saviour of Crime-ridden Neo Tokyo

You know what’s the greatest side dish to crime? It’s true love. Love is the one thing that triumphs over everything, no matter how petty and shallow it may seem in Neo Tokyo bitcoin slot.

Let the love between Jin and Hana inspire you to solve the case as fast as you can for a chance to win €20,000! When there’s a motive as worth fighting for like love, even the forces of evil can’t bring its passion down.

What will you do if your archenemy keeps Changing Face? Will you Beatbox him into oblivion or will you leave it up to the Power of Elements? These are the questions you should ask yourself before you embark on another mission that can ultimately cost you your life.