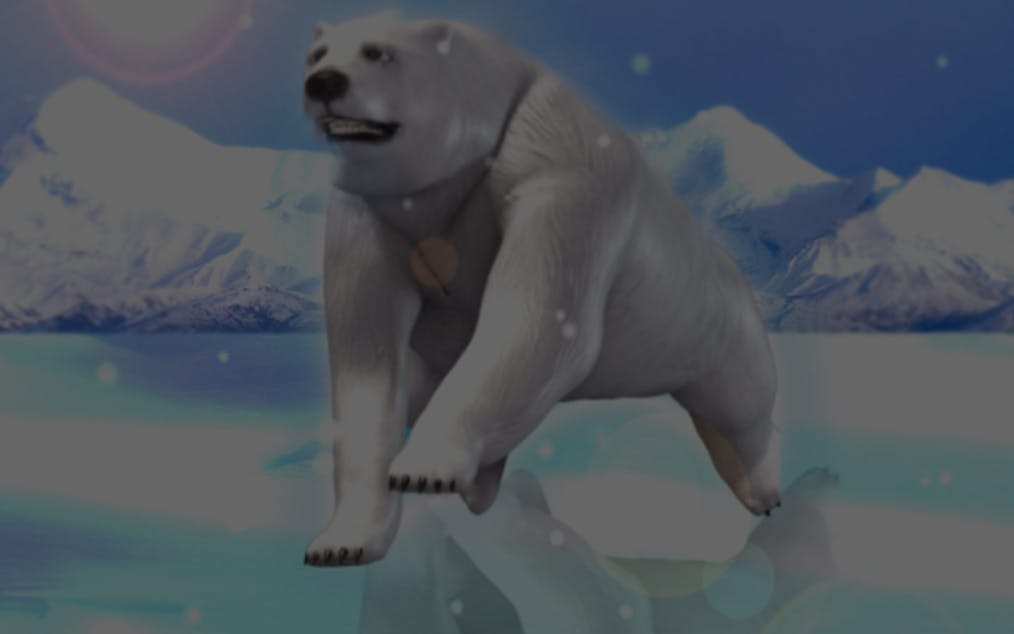 Down the earth’s southern hemisphere where the sun sometimes stays for days or stays out of sight for long periods of time, magnificent white creatures roam and live their best lives. Encounter magnificent orcas, long-toothed walruses, and roaring polar bears when you play casino slot Iceland!

Fields of pure snow await when you spin the reels at an RTP of 97%. With Wilds that triple payouts and a re-triggerable Free Spins feature, Iceland bitcoin slot takes you on a whirlwind of adventures filled with magnanimous possible prizes. Keep on spinning the reels and you can have more chances of landing the jackpot worth 5,609,700 credits!

Traverse snowy fields and marvel at nature’s immaculate beauty when you spin the 5 reels of casino slot Iceland! Land at least 3 matching symbols on any of the game’s 50 paylines. Set your bet from 0.5 credits to the maximum of 150 credits before putting your snow boots on and spinning the reels!

Shining letters in majestic arctic creatures make up the low-paying symbols of Iceland bitcoin slot. Find glimmering 10, 9, Jack (J), Queen (Q), King (K), and Ace (A) as well as leaping killer whales and snowy owls whenever you spin the reels.


Encounter arctic animals the likes of emperor penguins, wolves, and walruses as they act as the high-paying symbols of Iceland bitcoin slot.

Find a polar bear as the Wild of Iceland bitcoin slot only on reel 3 during the base game. It substitutes all symbols in the game including the Scatter. It triples the pay of every winning combination in participates in.

See Wild pays at the tables below:

The Scatter activates the Adventure feature while paying for every 2 or more appearances anywhere on the reels. It rewards accordingly:

The Polar Bear Wild symbol can also stand in place of the Scatter while multiplying its payout by 3. Scatter and Wild combinations reward the following prizes:

This bonus activates when the overall win from the Adventure Feature totals 10 times the triggering bet or less.

Open into a pristine field of unsullied snow upon entering casino slot Iceland. Emperor penguins greet you as they stroll along planes of solidified rivers. Depicting an immaculate scene picked straight out of icy mountains, the background is painted in cool shades of light cobalt and spotless white.

Marvel as the animals come alive in every spin with modest graphics and realistic caricatures. Watch orcas break through the surface the leap back into arctic waters while huddled penguins waddle across ice fields with their webbed feet. Enjoy everlasting winter and never leave once you feel the humming wind caress your ears.

Enter the majestic land of ice creatures in casino slot Iceland! Receive plenty of chances to win with its rewarding features and bonus symbols. Keep on spinning the reels to increase your odds of landing the jackpot worth 5,609,700 credits!

Encounter the Fishing God as you embark on your arctic adventure in search of the Sea Emperor.