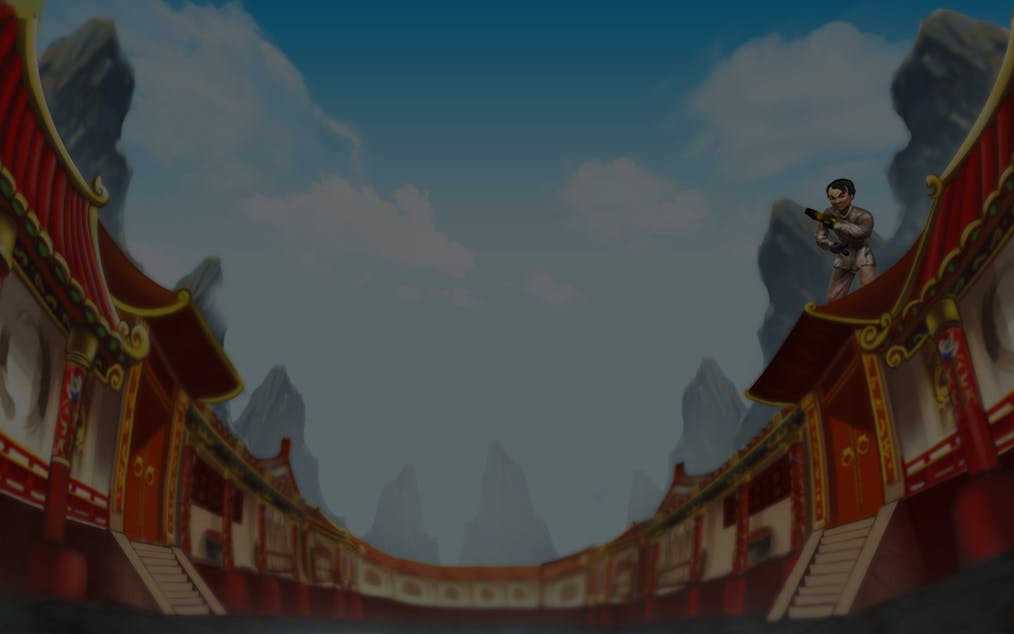 Golden Fist: Think and You Shall Become

Just like the great martial artist said, don’t waste your time for it is what life is made up of. Leave it to the incredible Bruce Lee to live such a meaningful life. He now urges you to take the chance and wager as you please to spin the reels of casino slot Golden Fist to win up to 1,000 times your stake.

All are safe and sound with an RTP of 97.01% when you spin the reels of Golden Fist bitcoin slot. Enter the dragon with a compatible device that you prefer such as your desktop, tablet, or mobile phone to play this video slot game now!

Golden Fist: Be Fierce and Fearless

There’s no such thing as perfect because you have to experience a lot of ups and downs in the path to success. The same goes in winning at casino slot Golden Fist that has 5 reels and 3 rows that feature 25 paylines.

Wager for as low as 0.60 credits or brave into your fate with a maximum of 150 credits to spin the reels of Golden Fist bitcoin slot. Land low and high paying symbols that will help you form winning combinations after combinations.

Payouts are made when 3 or more matching symbols land on the adjacent reels starting from the left reel and going right. This excludes the Scatter symbol that pays on any position. All wins are multiplied by the bet per line in casino slot Golden Fist.

Cards of the highest value in a deck function as the low paying symbols of Golden Fist bitcoin slot. These consist of 9, 10, Jack (J), Queen (Q), King (K), and Ace (A). To know more about their bet values, you can refer to the information listed in the table below:

On the other hand, the high paying symbols of this video slot game are illustrated as auspicious Chinese items. These are a golden scroll, blade, nunchucks, and the yin and yang symbol. There is also Bruce Lee acting as the Wild symbol of casino slot Golden Fist. Their corresponding bet values can be viewed in the table that follows:


The Wild symbol can also interchange with all the symbols except for the Bonus and Scatter symbols to complete a winning combination. During any base game spin, there is a chance of 4-10 random Wilds occurring anywhere on the reels. A minimum of 2 and a maximum of 5 Wilds will appear on any reel set.

A golden fist serves as the Scatter symbol of this video slot game. If you land 3 Scatter symbols on the second, third, and fourth reels of either side, you will activate the Fifth Element Treasure Map. In this feature, you can get a chance to win one of the following features: the red fire, yellow sun, orange wind, green earth, and the blue water bonus features.

In the red fire bonus feature, you will be rewarded with 3 lives to defeat fighters and get rewards to move to the next stage. There will be 3 stages in this bonus mode wherein rewards are multiplied when you move from one stage to another. Next, the yellow sun bonus feature allows you to choose any gold coin to get a type of skill charged. Once the same kill is obtained for two times, you acquire rewards from 7x onwards.

Furthermore, the orange wind bonus feature makes you select one of the four pots of wealth. This will reveal the amount that will be rewarded to you with the chance of winning all of the prizes from the 4 selections. The green earth bonus feature rewards you a Stacked Wild on both sets of reels with 5 Free Spins. Each spin will make the Stacked Wilds moving 1 column from the right to the left side.

Lastly, there is the blue water bonus feature that will reward you with 15 Free Spins and a 3x payout on a single set of reels. When a Crystal Book symbol appears on the third reel, the mini-game will be activated. In this mini-game, you will get a chance to score one of the following bonuses: 5 times total bet, Respin with Reel 2 Stacked Wilds, and 2 Free Spins.

The Bonus symbol is depicted as a red book. If you land 5 or more Bonus symbols across both reel sets, you will obtain a bonus pay that can amount between 1 credit to 1,000 credits. The amount rewarded are multiplied by the total bet.

Bruce Lee is a master of martial arts that influenced the majority of MMA fighting. His brilliance inspired many and it continues to do so in Golden Fist bitcoin slot. Set in his homeland in the Orients, this video slot game boasts visuals of Asian architectures under a clear firmament.

The low paying symbols are stylized as Chinese characters with Oriental patterns while the high paying symbols depict the richness of Eastern culture. Of course, Bruce Lee is present as a bonus feature symbol, giving you a shot of adrenaline amidst the excitement and entertainment.

Golden Fist: There Are No Limits

Stretch out and ready yourself into spinning the reels of casino slot Golden Fist until you accumulate substantial amounts of prizes. At an RTP of 97.01%, you do not have any limitations in obtaining wins that can amount up to 1,000 times your stake.

Spade Gaming will provide no limits with its extensive collection of video slot games that will cater to your every mood. Go on an adventure with the Tiger Warrior when you spin the reels. When you prove your bravery, the Prosperity Gods will surely reward you handsomely