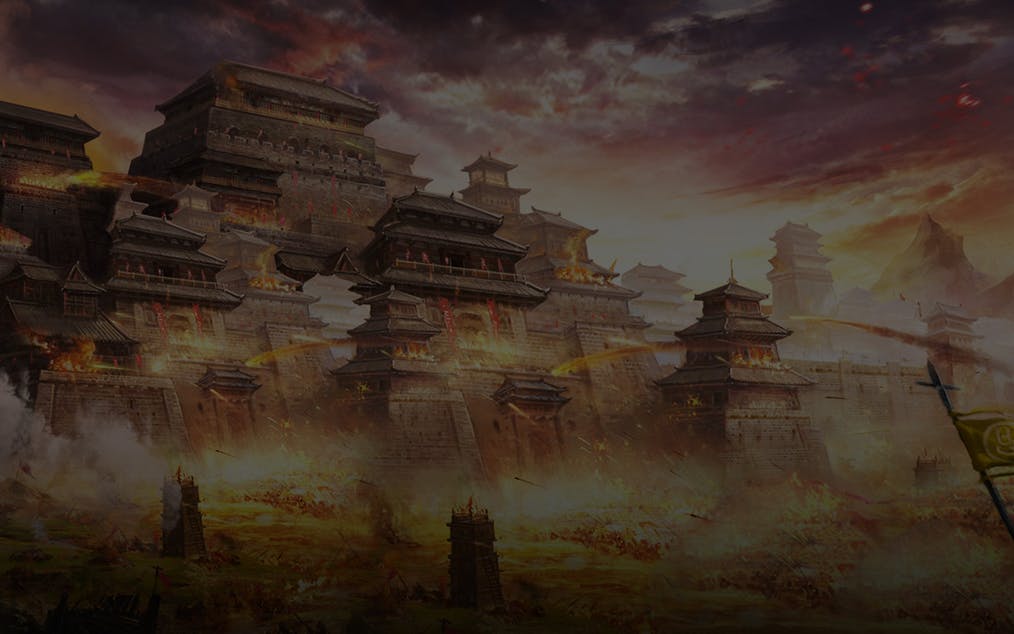 The Strong Union of the Brothers Kingdom

During the Han dynasty, peasants had enough of exploitation from powerful figures of authority and have banded together to create the Yellow Scarves Rebellion. The goal of the Yellow Scarves is to revolt against the Han government and Liu Bei wants to stop the attack. He and two generals—Zhang Fei and Guang Yu—forge a brotherhood filled with spectacular wins in casino slot Brothers Kingdom.

Skip to the story about the Oath of the Peach Garden from the novel, ‘Romance of the Three Kingdoms’ in Brothers Kingdom bitcoin slot. Follow the tale of these soldiers as they raise the stakes on the reels and build a formidable army to fight against the Yellow Scarves Rebellion. They’re recruiting brave players and gained the reputation of an RTP of 97.2%.

Join these fierce warriors in the war and witness their teamwork score you fantastic wins in the Free Game feature. Use this chance to collect the strength of Liu Bei, Zhang Fei, and Guang Yu and strike the reels for a jackpot worth 1,000x the total bet in Brothers Kingdom bitcoin slot!

Relive the moment that brought Liu Bei, Guan Yu, and Zhang Fei to victory in their battle against the Yellow Scarves Rebellion. Deposit the minimum wager of 0.20 coins or the maximum wager of 100 coins to witness the start of their fraternity and how these three brothers conquer every battle.

Suit yourself in traditional armour and ready your weapons as you go to war on the reels. Receive strength from their strong bond and achieve victorious wins from 20 fixed paylines.

To match the royal status of the warlord and his generals, Brothers Kingdom bitcoin slot uses high-ranked playing card faces as the standard symbols. This includes Jack (J), Queen (Q), King (K), and Ace (A).

Use the following payout values to calculate your total payout based on your initial wager:


*The J symbol can only be found in the Free Game feature.

Three men gather at the blooming peach trees to start their fraternity ritual. The soldiers—Liu Bei, Guan Yu, and Zhang Fei—offer sacrifices to secure their bond and pledge an oath to defend the Han empire as high paying symbols. Other high paying symbols include swishing water in golden grails.

Use the following payout values to calculate your total payout based on your initial wager:

Search for the Wild dragon hidden inside a crimson orb for magical wins! The crimson orb is adorned with an intricate gold design around it and the word ‘WILD’ inscribed on it in gold. It substitutes all symbols except the Scatter symbol.

You can only find the Wild dragon on reels 2, 3, and 4 during the base game. The Wild symbol will not appear during the Free Game mode.

A golden plaque is displayed on the reels of casino slot Brothers Kingdom and serves as the Scatter symbol. It shines its radiant golden colour and has Chinese characters inscribed in red at its center. Score 3 Scatter symbols on any payline on either reels 1, 2, or 3 to activate the Free Game feature.

Special Features Forged By a Bond

When you land 3 Scatter symbols on a payline, you’ll trigger the Free Game feature. Six Free Spins are rewarded to you at the start. Spot any of the brothers and they’ll pay from any position on the reels. All pays are rewarded by multiplying your initial wager per line.

Peach trees are in full bloom and its pink leaves flutter in the background where the sun shines prevalently during the spring. Traditional Chinese music rings in the background where gongs, drums, and chimes create an elegant atmosphere for the brothers’ ritual. Liu Bei, Guan Yu, and Zhang Fei are drawn realistically to match their description from ‘Romance of the Three Kingdoms’.

Graphics of casino slot Brothers Kingdom are intricately detailed from the reels to the background. Despite the war going on, it displays a peaceful day in the peach tree orchard where the warriors conducted their oath-taking. A grand pagoda stands tall in the distance on the lush grass fields of China. The leaves and clouds are constantly moving in the background for an immersive effect.

In casino slot Brothers Kingdom, experience the momentous event called ‘Oath of the Peach Garden’. Join the warriors in their oath-taking and swear to defend the Han empire from any threat. For your courageous efforts of spinning through the reels, you’ll be rewarded with tremendous riches! Fight alongside these skilled warriors and defeat the Yellow Scarves Rebellion to get a chance to win up to 1,000x the total bet!

These Three Lucky Stars were able to experience their strong brotherhood during wartime in China. Pray to the Prosperity Gods for the Brothers Kingdom’s victory and attain unbelievable riches on the reels of Spade Gaming’s bitcoin slot.