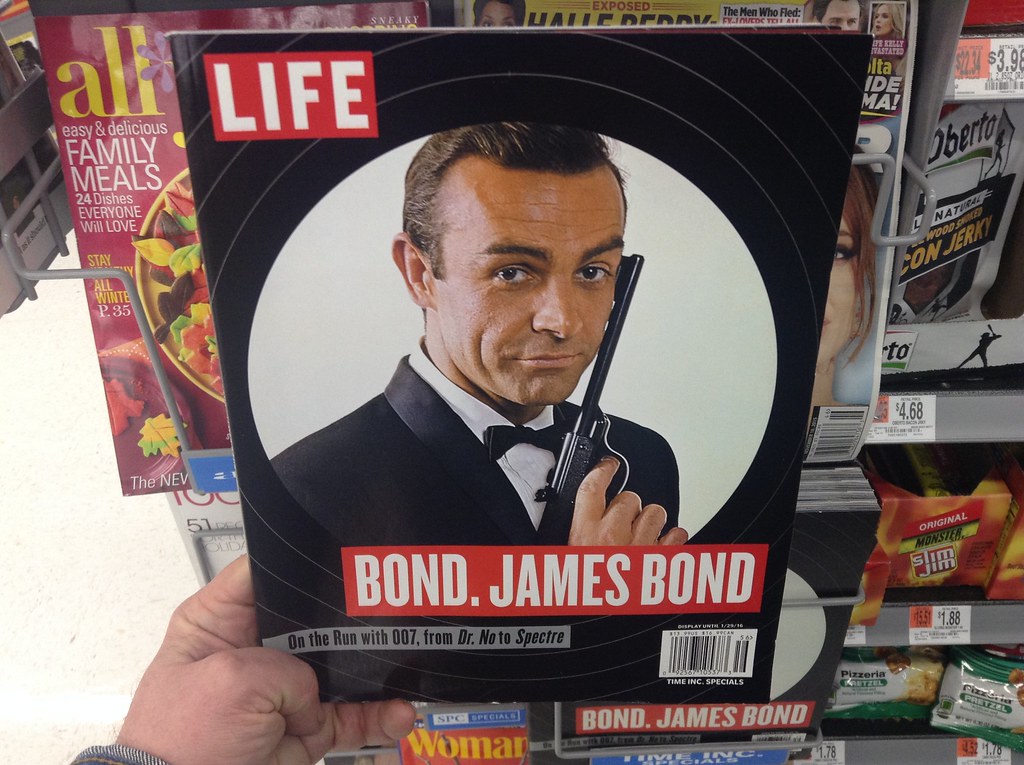 When you think about James Bond, what comes to mind? Well, here at Bitcasino.io, one of the things we love about 007 is his casino cool. Whether it’s poker and baccarat, or even backgammon, some of the best scenes from the Bond films involve our hero outwitting his enemies, attracting the ladies, and uttering those famous one-liners while hitting up some of the most glamorous gambling joints around. Here are our top five best James Bond gambling scenes.

It seems only fitting that James Bond’s first screen outing includes a cool casino scene! Not only does 007 manage to lay down a winning hand in a

high-stakes game of baccarat, but he also manages to receive a secret mission and attracts a beautiful woman at the same time! Most casino fans will be keen to see that James Bond won this card game with a simple king of clubs and a nine of hearts.

But it’s the way that this 1962 movie gives us a glimpse of old-school gaming that’s most enjoyable. With the casino players decked out in their

finest tuxedos and the glamorous women dressed in dazzling jewellery and fur coats, it provides a snapshot of how people used to gamble before online casinos came to town. Dr No was the movie that introduced us to Sean Connery as 007. Not only is Connery the ultimate James Bond for many people but this scene also gives him chance to deliver his classic line, “Bond. James Bond”.

The 1983 movie, Octopussy, gave Roger Moore the chance to deliver his best James Bond gambling scene. This one saw 007 stepping into a gambling session in Rajasthan, India, where the villain, Kamal Khan, was using dirty tricks to constantly win over Bond’s friend, the Major Dexter-Smythe.

As usual, it involved plenty of suavely tuxedoed gentlemen huddled around a gaming table. But this scene featured backgammon, rather than a traditional casino game. Not that the stakes were any lower, however, as 007 managed to up the already massive 500,000 rupee bet by including a priceless Fabergé egg as part of the winnings.

But it was the way that James Bond defeats Kamal Khan by using the villain’s loaded dice that reveals how 007 is always one step ahead of his competitors. And it showed that the much-missed Roger Moore will always be one of the best James Bonds for delivering a shrewd and typically British way of beating the villainous opponents!

Pierce Brosnan has also revealed that he can also provide one of the best James Bond gambling scenes with his outing in 1995’s GoldenEye. While this iconic scene bears similarities to many other 007 casino adventures, it was the way that it was loaded with racy innuendo that marks it out from the rest.

Thanks to the fairly unsubtle name of his glamorous opponent, Xenia Onatopp, it gave Pierce Brosnan the opportunity to try out some hilarious Bond one-liners that have swiftly gone down in 007 folklore. So, although it has all the smart tuxedos, raised eyebrows, and glittering chandeliers that you’d expect from a Bond casino scene, it shows how 007 always manages to surprise us with a well-delivered one-liner!

There aren’t many Bond movies that are more iconic than Diamonds Are Forever. Not only is Connery in the 007 role but, with co-stars like Lana Wood, and the awesome Shirley Bassey title song, it’s clearly up there with the best of Bond. And thankfully this movie’s casino scene didn’t let us down.

This time, the action focuses on James Bond playing craps at the Whyte House casino in Las Vegas. Once again, 007 shows that he’s not afraid to indulge in some high-stakes gambling as he shocks the dealer by raising the bet to $10,000. And James Bond proves he’s the classic gentleman too by giving $5,000 of his $50,000 winnings to the amusingly named Plenty O’Toole character. While the Las Vegas surroundings might not be quite as glamorous as some of the other casino scenes on this list, it’s still a reliably suave outing for James Bond who shows his unshakeable cool at the gaming tables.

And finally, we simply couldn’t leave Casino Royale off our list of the best James Bond gambling scenes. After all, it is basically one long casino gaming scene! So, what are the key ingredients that make this one of the most iconic 007 gambling scenes?

Well, there is Eva Green on Bond’s arm as the glamorous lady, and there’s no shortage of villainous foes lurking in the background to ramp up the tension. But while Daniel Craig is on top form as the unflappable British spy, it’s surely the Danish actor, Mads Mikkelsen, who really steals the show. It’s hard to imagine any other actor who could play the villainous Le Chiffre with such skill, particularly when the tear of blood rolls down from his weird eye! That’s not to say that James Bond is completely outdone in this gambling classic.

The high stakes game of Texas Hold’em shows 007 in top form at the gaming table, despite the $115 million prize pot. And what’s truly remarkable is what happens away from the poker table. Not only does James Bond have a seemingly endless fist fight with one of Le Chiffre’s henchmen on the stairway of the casino but he also dies for a full minute! While having our martinis spiked with poison would stop most of us in our tracks, Bond manages to recover thanks to the quick thinking of Vesper Lynd. And with a triumphant hand laid down at the poker table, he’ll certainly give us plenty to think about the next time we play casino games at Bitcasino.io!

So, there you have it! I hope you’ve enjoyed our list of the best James Bond gambling scenes.

If all this casino glamour has inspired you, why not join us at Bitcasino.io? We offer a great range of casino bitcoin games to enjoy from the
comfort of your home or the convenience of your mobile device. The tuxedo and martini areoptional!