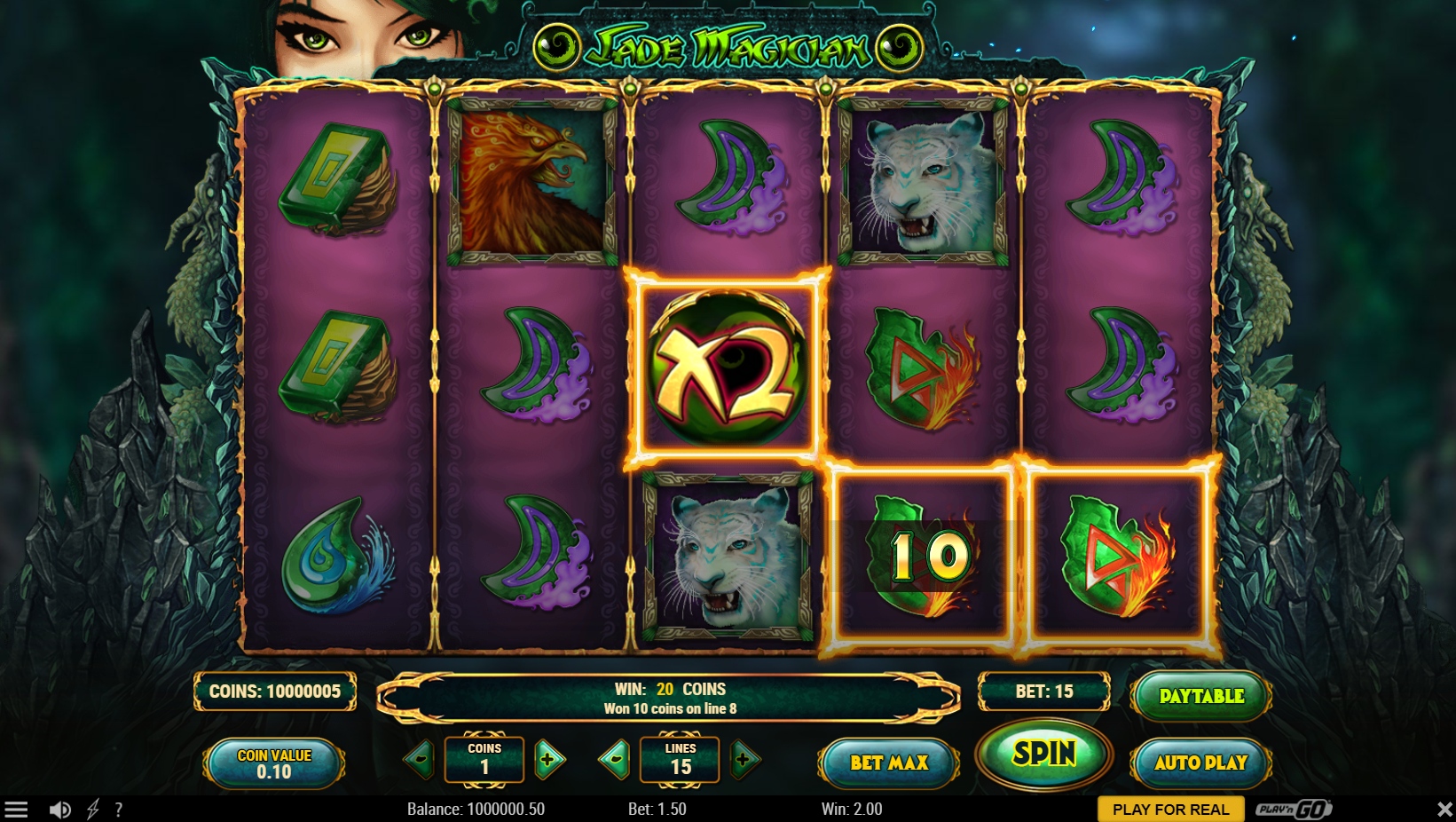 BitCasino is doing its best to keep players entertained at all times, and new games are being added on a constant basis.

Therefore, new Bitcoin slot game from Play’n Go Jade Magician is already available to players all around the world both on desktop and mobile devices.

Jade Magician is 5-reel Bitcoin slot game, where user can adjust up to 15 pay lines manually by lining up phoenixes, dragons and other symbols of power and magic. Also, bet size and coin value can be changed at all times either during the game or to customize it via settings.

Most importantly, if for some reason your game round is disrupted, all game information and placed bets are stored until you re-open the game. You may continue your unfinished round from the point of interruption. That’s why Play’n Go games are so popular and reputable not only at BitCasino, but across the whole gaming industry.

The game is featured with Wild Multiplier or “X2” symbol that substitute for all symbols and allows to win combinations worth double of the ordinary bet value. Another feature in Jade Magician Bitcoin slot game is Second Chance, where player can select an award like additional winnings or trigger the free spins.

During the game play when Jade Magician appears in any three scattered positions on the reels, you win 5 Free Spins, and she transforms into a wild symbol to help you win even more. This means that if Jade Magician appears on a free spin, you also extend your free-spin sequence by one, two or five free spins to play up to 50 in a row!

In order to enjoy new game Jade Magician on BitCasino you need to know some basic rules that will help you to increase your winnings:

The wild symbol “X2” or Multiplier substitutes for any other reel symbol (except for the scatter symbol). A winning combination with a wild symbol pays x2 the normal prize. The wild symbols only appear on reel 3.

The Second Chance features gives you the possibility to trigger free spins when only 2 scatter symbols (the Jade Magician) appear on the reels. Pick 1 of the 4 symbols on screen for your chance to enter free spins or win instant prizes!

The Jade Magician is a scatter symbol and only appears on reels 1,3 and 5. Landing three of these symbols in the main game awards a sequence of 5 free spins. The Jade Magician symbol will become WILD during the free spins feature to help comprise even more winning combinations!

How to get started with Bitcoin

How to practice blackjack by yourself

GTO vs Exploitative Play in poker: Which is better?