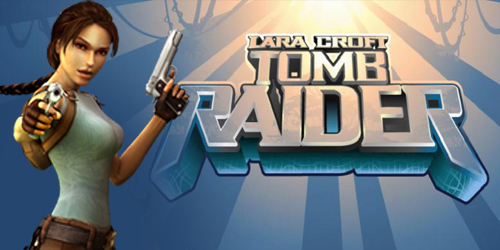 Follow Lara Croft on her quests in the ‘Tomb Raider’ slot!

Since the moment it was launched several years ago, this fantastic game has become a genuine classics popular with Lara Croft fans all over the world!

There have multiple ‘Tomb Raider’ franchise themed games developed and launched by various producers and entertainment companies, but what you get now is an adventurous video slot by Microgaming with an impressive set of in-game bonuses. The ‘Tomb Raider’ slot boasts features really cool graphics and invigorating music and sounds, and its story revolves around lost ancient treasures that Lara Croft is about to reveal!

‘Tomb Raider’ is a five-reel slot with fifteen paylines, featuring a Tomb Raider logo acting as the wild symbol, as well as Lara Croft herself as the scatter symbol that can appear just anywhere on any of the reels to boost your winnings (just make sure you see at least two of these), and, actually serving as an extra multiplier: any winnings you earn from an activated payline are multiplied by the number of scatter symbols falling on your screen.

There are two bonus features in the slot game, called the Free Spins Bonus game and the Tomb Bonus Game respectively. Collect no fewer than three Lara scatter symbols on any of the reels to launch the Free spins bonus game sequence. Apart from it, three or more Lara symbols can earn you 10 free spins extra, and anything you win during those free spins it tripled. On top of it, in the above mentioned special Tomb Bonus Game you pick from a room full of idols, and instantly win additional prize correspondingly to the coin values they are on.