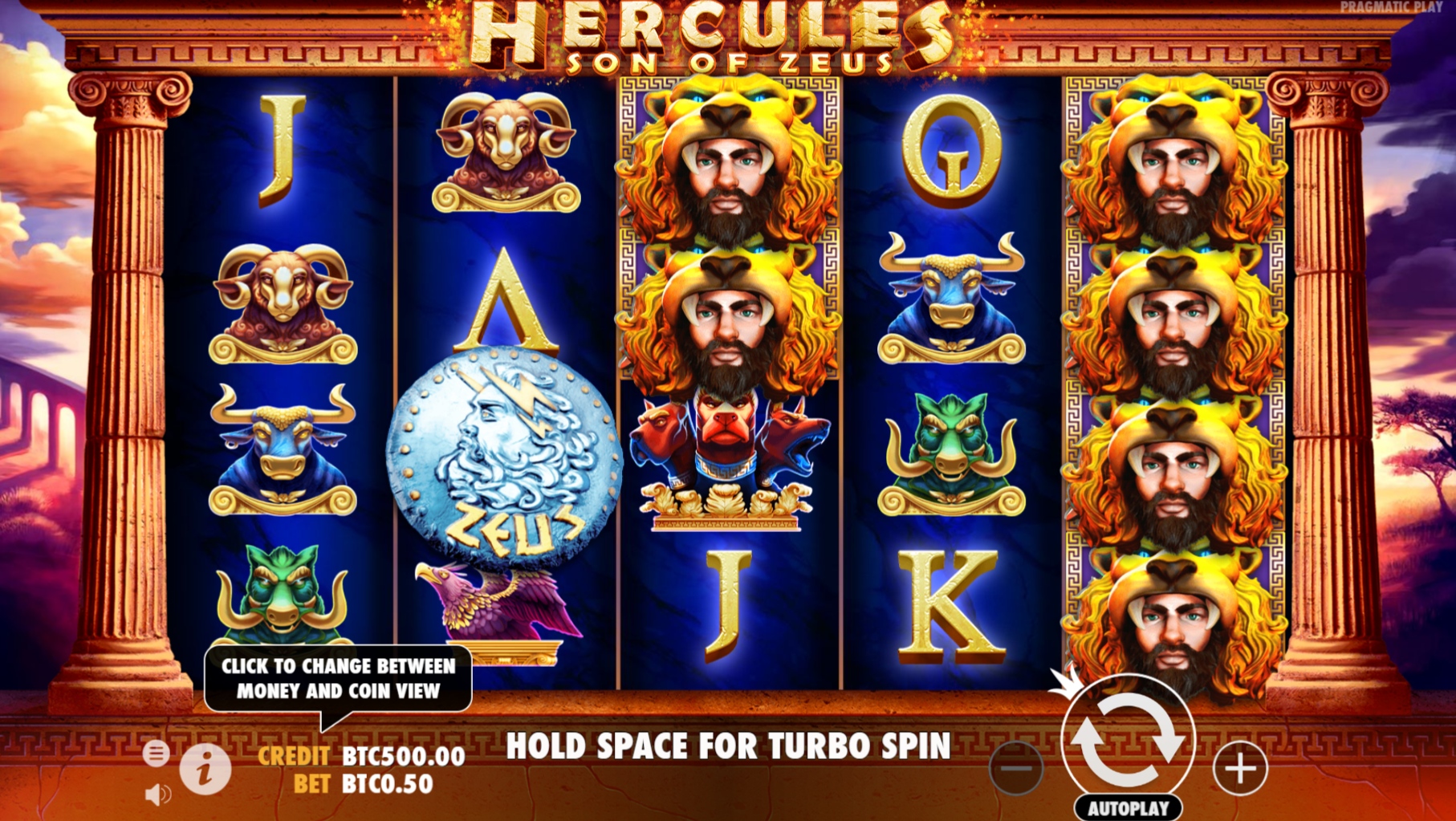 One of its biggest releases Hercules Son of Zeus is available at BitCasino for players all around the world. The admiration about this Bitcoin video slot game are circulating for a long time and it all happens for 1 reason – the game is simply outstanding.

In comparison with other video slot games Hercules Son of Zeus by Pragmatic Play is a 5 reel and 4 row Bitcoin video slot game. There are 50 fixed pay lines, so player can only adjust the bet value per line and the actual coin size.

Pragmatic Play builds its games on HTML5 platform, which means they are responsive, so as Bitcoin slot game – Hercules Son of Zeus. The game can be access from any smartphone or tablet. The performance, graphics and overall usability is simply flawless.

The winning amount directly depends on the pay line and symbol combination, where each symbol has its own values.

The most anticipated symbols would be the Wild Symbol, which substitutes for all symbols except for Scatter. Where Scatter itself appears only on reels 2, 3 and 4. In order to trigger 6 Free Spins player needs to receive 3 Scatters which result in the following:

Lastly, Space and Enter buttons on the keyboard can be used to start and stop the spin. Visit BitCasino from any device and enjoy playing amazing Hercules Son of Zeus game with Bitcoins.

How to get started with Bitcoin

How to practice blackjack by yourself

GTO vs Exploitative Play in poker: Which is better?

Crypto 101: All you need to know about Cardano