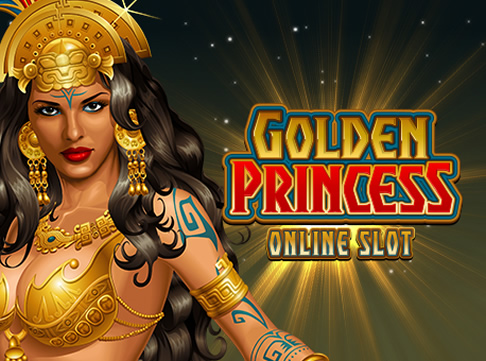 The Aztec theme is one that often crops up in the online slots world and Golden Princess is Microgaming’s classic take on the genre. Kicking around for the last few years, this game’s ornate styling is typical of slots from the golden age of iGaming and, today, you can enjoy this spinner with a cryptocurrency twist thanks to our Bitcoin casino.

When Microgaming’s design team set about creating Golden Princess, they clearly were working to the idea of leaving no stone unturned. To put it another way, every inch of the interface has something going on for it. In contrast to some of the more modern Bitcoin slots out there, this game’s design would be classed as “retro”. Indeed, in a world where see-through reels and a lack of separation between the foreground and background reign supreme, this slot game is certainly a unique title that captivates visually.

In short, if you’re looking for a classically-styled Bitcoin slot with an equally classic theme and good potential for profit, Golden Princess is the game for you.

How to Play Golden Princess

To win a fortune fit for a king, queen, princess or any other blue-blooded player, you need to be prepared to up the ante – and Golden Princess is a Bitcoin game that certainly lets you do that. In line with its classic styling, the betting bar allows you to adjust three options:

As you adjust each option, the overall cost per spin naturally increases and, if you’re willing to bet the max, you’ll be staking a whopping 125 mBTC per spin. However, if you don’t feel like spinning like a prince or princess, you still have the potential to win a royal fortune. As is often the case with Microgaming slots, jackpots are an integral part of the whole experience and in Golden Princess you can win 625,000 credits if you play your cards right.

When playing this slot, the coin size you choose will be multiplied by a maximum of 625,000 if you roll in the right combination of scatter (treasure chest) symbols – which means you could win 312,500 mBTC/312.5 BTC. Of course, even if you’re spinning at the lowest levels, this prize potential means you could still win a sizeable chunk of change. When you consider this game’s overall potential, it’s clear that it’s significantly more lucrative than almost any other Bitcoin slot that doesn’t offer a progressive jackpot.

When you’ve got a chance to win more than 300 Bitcoins on a single spin, bonuses become something of a side issue. However, to add even more to the action, the Princess does have a few tricks up its sleeves. For example, if you fancy gambling a win, you can play the red/black card game. Guess correctly and you’ll double your prize. Guess the correct suit and you’ll triple it.

If that isn’t enough, a the game's logo on all reels during the main game will multiply your wins by a random multiplier worth either 2x or 3x. Finally, in a bid to help your free spins win you more, stacked wilds and mystery multipliers are on hand.

Overall, if you’re looking for a heavyweight Bitcoin slot that harks back to the golden age of online gaming both in its appearance and prizes, Golden Princess on BitCasino is the game for you.